Why Don't Woodpeckers Get Headaches?

Concussion: a brain injury that can occur when the head hits an object. A concussion can cause headaches, and a loss of consciousness...more

Hyoid: a sling-like bone at the base of the skull that supports the tongue muscles in the neck....more 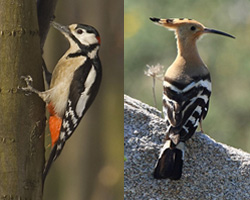 The Great Spotted Woodpecker is on the left, and the Eurasian Hoopoe is on the right. Wikimedia Commons- Frank Drebin, Arturo Nikolai

If you hit your head against a tree trunk all day long, you probably wouldn’t feel too great and neither would your brain. Woodpeckers do this all the time though. It’s what they’re named for. In the PLOS ONE article, “Why Do Woodpeckers Resist Head Impact Injury: A Biomechanical Investigation,” scientists studied how a woodpecker’s brain survives all that pecking.

Science For the Birds?

Scientists conducted an experiment to see how woodpeckers' brains are protected from damage. First, the scientists chose two types of birds to use in their experiment: the Great Spotted Woodpecker and the Eurasian Hoopoe. The Eurasian Hoopoe is not a woodpecker, but it does peck at soil. Soil is softer than wood, so scientists wanted to compare soil pecking behavior to wood pecking behavior. 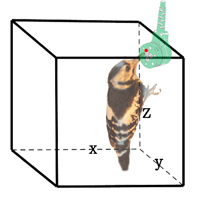 This is a simplified diagram of the experiment. Click to enlarge.

The scientists learned a lot about the path, timing, and speed of woodpecker and hoopoe pecks. They then used that information to see just how it is that woodpeckers can peck all day without giving themselves a massive headache.

How Do Head-banging Birds Avoid Headaches?

The cage experiment helped scientists learn about the behavior and force of pecking. Scientists also wanted to know about the differences between the skulls of the woodpecker and the hoopoe. 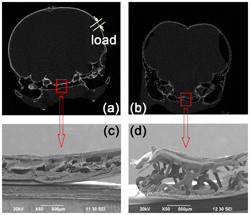 The scientists used a special technology called micro-CT to see how the birds’ skulls were shaped. They also used specialized machines to conduct force tests. The force tests measured the strength of the birds’ beaks and skull bones. Scientists did this to see if there was something special about a woodpecker’s head bones that protected its brain from pecking.

After the scientists collected the measurements from the micro-CT scans and force tests, they created realistic models of the bird skulls using computers. You can see an example of one of those models in the gold box at the top of this page.

After all that hard work, the scientists did to the skull models what your little brother used to do with your favorite toys. They smashed them. Using the computer model, they simulated the force of pecking to see what happened. You can think of it as a computer game that tells scientists how the skulls work. By looking at how the models broke or where the skulls were strained in their computer program, scientists could see how force was distributed across the birds’ skulls.

So Why Don’t Woodpeckers Get Headaches?

Have you ever ridden a bike with shocks? If you have, you know that that shocks help make a bumpy ride smoother. Shocks do this by absorbing the impact when you ride over rough terrain. That keeps you comfortable and your bike in one piece. Woodpeckers’ heads are kind of like bike shocks for their brains. The bones in a woodpecker’s skull keep its brain comfortable and avoids concussions.

Woodpeckers' hyoid bones act like seatbelts for their brains. To the left is a woodpecker skull, and on the right are the hyoid bones from a woodpecker and a hoopoe. The woodpecker hyoid is the big one that wraps all the way around the skull to keep it in place.

The scientists confirmed that woodpeckers are pretty good at protecting their noggins, by using a few special tricks:

A woodpecker’s skull is like an internal bike helmet to keep its brain from getting hurt. Scientists even think some of the things they found out about woodpeckers can be used to make better helmets. Maybe one day your head will be as well protected from damage as a woodpecker’s brain.

Additional images from Wikipedia Commons and PLOS ONE. 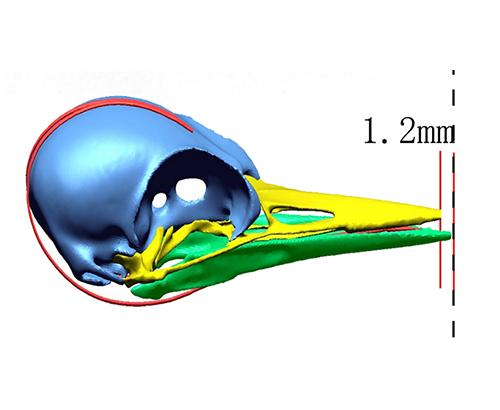 Scientists created computer models like the woodpecker skull above as part of the experiment.
Why Do Woodpeckers Resist Head Impact Injury: A Biomechanical Investigation
Learn how to read a scientific article