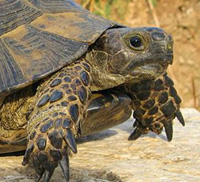 Pythons are reptiles, along with other snakes, lizards, turtles, tortoises, crocodiles and alligators.

Pythons are a type of snake. Snakes are reptiles, along with lizards, turtles, tortoises, crocodiles, and alligators. Like most snakes, pythons are not venomous. If you’ve ever seen a snake, you might think it looks like a slimy worm. Pythons and other snakes actually have skin that is covered in scales and is usually very dry, soft, and smooth.

There are about 30 species of python, and they are found in some of the tropical areas around the world. Though they are mainly in Africa, Asia, and Australia, some species of python have spread to the United States and now call Florida home. Depending on the species, pythons can be found under or above ground, in trees, or in the water.

Pythons are very similar to another type of snake, called boas. While boas give birth to live young and pythons lay eggs, these two groups of snakes are known as the biggest snakes in the world. Some boas can weigh up to 227 kilograms (500 pounds), which is more than the total mass of three average adult humans. Pythons range in adult size from 60 centimeters (2 feet) to 10 meters (33 feet) in total length. That’s right—some can be almost as long as a school bus!

Some adult pythons can get to be almost as long as a school bus! 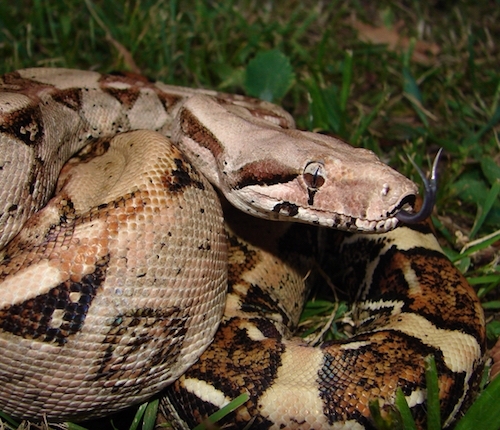 Pythons are very similar to another type of snake, called boas. This is a boa constrictor.