What is the oldest living thing on Earth?

What a great question! You may have heard that the oldest human lived to be 122 years old. But that amount of time only makes a small fraction of the lifespan of some other living things. Identifying the oldest organism gets a bit complicated when we start to think about what we consider an individual organism. 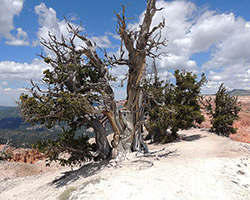 An individual is hard to define because some organisms make up clonal colonies. In clonal colonies, all individuals are part of or come from the same ancestral individual. For example, some mushrooms you see separately above ground are part of the same network underground. They may grow, reproduce, and appear to die, but a young mushroom nearby shares the exact same genes and is technically the same organism.

Back to the number part of the ages...So, getting back to the question...first, let's focus on non-clonal organisms (just one individual). The Great Basin Bristlecone Pine (Pinus longaeva) is a species of pine tree. It is found in the American West, mostly in Utah, Nevada, and California. One of these trees has been measured to be over 4,850 years old! While this may make it the longest-living single organism on land, it seems it is surpassed by a sea sponge.

Researchers have found a glass sponge they think is over 11,000 years old in the East China Sea. Researchers can look at the way the sea sponge bodies formed, and understand a bit about what the sea temperature was while they were developing. This helps them figure out its age, but also the bodies of these creatures can tell scientists about how the environment has changed over time. 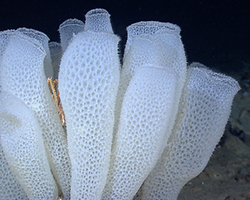 For example, there is an old stand of quaking aspen trees in Utah that is actually one clonal male organism. All of the above-ground trees sprout from the same root system and so share the same genes. Each individual stem (or what you'd call the tree) lives an average of 130 years, and this is what you might learn from counting the tree's rings. But that doesn't tell you how old the root system is. There are many estimates for the age of this organism, called Pando, most of which are up to 14,000 years old.

Sometimes it is reported that Pando is 80,000 years old, but it turns out that where Pando lives, there was a cold period of glaciation (when it would have been covered by glaciers) until about 14,000 years ago. This means the odds of it being older than that are extremely low. The ways researchers estimate the age of a quaking aspen is also fairly unreliable. For this reason, it would be very difficult to claim that Pando is the oldest living organism.

Now, there is one other major way we could look at this question. What about eggs, seeds, or spores? These beginning stages of an organism can sometimes stay dormant (like a long pause) for months or years. Even in that case though, we'd still consider them alive, right? Would that change if they stayed dormant for millions of years? Some very old bacterial spores were in the gut of an extinct bee that was found in amber dating back to 25 to 40 million years ago.

Spores are cells made during asexual reproduction. Even without being fertilized, they can develop into a new organism with the same genes as the organism that produced them. Spores often allow certain organisms to live through challenging conditions and regrow once conditions are more favorable. The bacteria from the bee gut were over 25 million years old, but scientists were able to get the spores to produce bacteria.

Dr. Biology. (2017, May 17). What is the oldest living thing on Earth?. ASU - Ask A Biologist. Retrieved June 30, 2022 from https://askabiologist.asu.edu/questions/what-oldest-living-thing-earth

Dr. Biology. "What is the oldest living thing on Earth?". ASU - Ask A Biologist. 17 May, 2017. https://askabiologist.asu.edu/questions/what-oldest-living-thing-earth 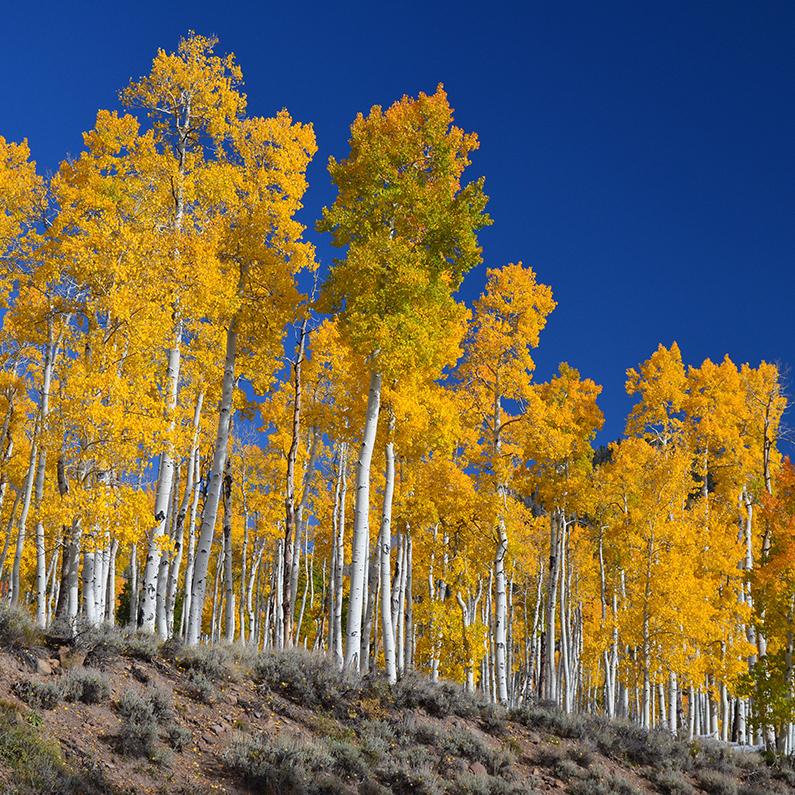 Pando, a quaking aspen stand that is the oldest clonal organism we know of.