Aestivation: when animals or other organisms become inactive during the summer season (like a summer hibernation).

Riparian: the plants and animals found along the edges of rivers. 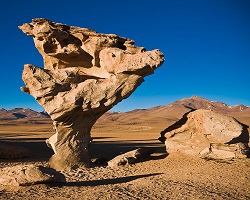 Deserts are extreme environments, making them difficult places for some animals to live. Click for more detail.

The temperatures in the desert range quite a bit, from getting cold enough to snow and to freeze water in the winter, to hot enough to fry an egg on a rock on a summer day. This broad range of temperatures is one reason that the desert is considered an “extreme” biome.

Extreme temperatures create a challenge for the animals that live in the desert. So what adaptations do desert animals have to deal with these temperature challenges?

In some deserts, animals depend on seasonal rain so they can store up enough water to last them through the dry seasons. The Gila monster and the desert tortoise both rest underground during much of the hot, dry summer and they use their bladders to store water, kind of like if you carried a water bottle.

The Gila monster and the desert tortoise both have adaptations that help them survive through the dry summer months in the deserts of the American Southwest. Click for more information. 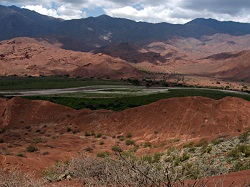 Some desert streams and rivers flow for most of the year, creating areas with dense plants that attract animals. Image by Josh.

During certain seasons (usually in spring), some deserts also have streams that are caused by melted snow or rain from nearby mountains. Streams and ponds created like this usually don’t last very long and so they are called ephemeral, or short-lived. Even though these ponds may only last for a few days, it is long enough for some animals, like certain toads, to lay their eggs and have their young develop.

Animals are also more common in areas that have running water for a longer part of the year. In movies, you may see people lost in the desert who come across a desert oasis. Though in movies this is usually around an uncommon spring or pond that gets water from underground, there are also streams that have running water throughout the year. These areas have a higher density of lush plants and a higher density of animals and are called riparian habitats.

Beating the Heat vs. Saving Water

But what about when animals and plants don’t have access to water? They have to deal with the heat of the desert while trying to save as much water as possible. Many organisms, including humans, use evaporation to cool down, which is what is happening when we sweat. This is called evaporative cooling, and it works because water holds a lot of heat. 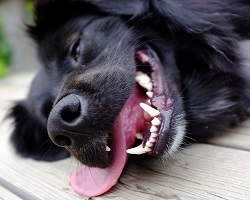 Many animals, like dogs, can't sweat as much as humans. Instead of sweating, they pant to cool off. Click for more detail.

When you get hot and start to sweat, the water in sweat gets hot enough to evaporate. When it leaves your skin, it pulls a lot of heat with it, and this is what cools you down.

If an animal can’t afford to waste water on evaporative cooling, there are still many ways that they can avoid the extremes of heat in the desert. One option is to avoid the heat altogether by migrating to an area that is cooler. Many birds and insects in North America migrate. However, when animals can’t migrate, there are other ways they can deal with desert extremes.

In the winter, when it gets really cold, or in the summer, when it gets really hot, desert animals may be less active or inactive altogether. In winter, we call this hibernation, like when bears and other large mammals “sleep” for the winter. This can also happen in the summer though, like when some toads bury themselves in the desert dirt. When an animal hibernates during the summer, we call it aestivation. 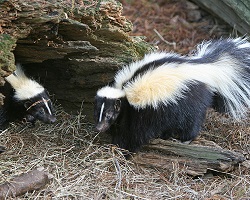 Some desert animals are mostly crepuscular, being active at dawn and dusk. Click for more detail.

Timing of activity is not just changed in different seasons, but can also differ between animals within one day. Most animals that we see are diurnal, or active during the day, since that is when most humans are active. If an animal is mainly active at night, when the sun is down, we call them nocturnal. 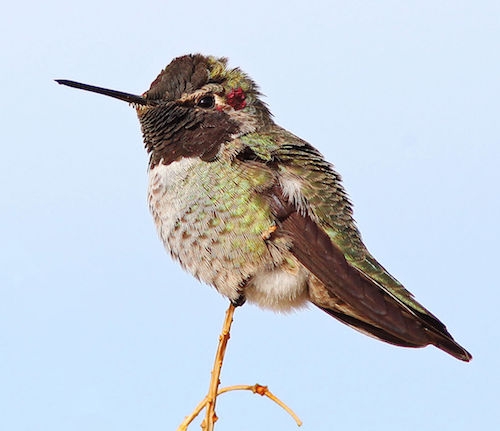 The desert is home to all kinds of creatures, including this Anna's hummingbird.