Pelage: the coat of a mammal. It can be made up of hair, fur or wool.

Stimulate: to increase the activity of a process like growing. 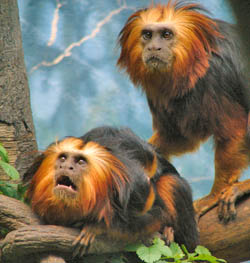 So, if you’re an animal out for achieving ‘top-dog’ status what should you do? Is redder better? Or why not use black to attract? Yes, animal species often differ drastically in the mating colors they use. This is largely because they have evolved to see the world differently and live under lighting conditions that gives them very different color-creating opportunities.

Many animals see poorly in color. This is the case with many mammals, whose night time habits let them see fine differences in the darkness, but does not allow them to see differences in color as well as you and I. This is why we rarely see brilliant colors in the mammal world, where variations on dark and light (blacks, browns, grays, and whites) rule. The exceptions of course are the primates, which can have brilliant orange pelage seen in tamarins, or vivid blue or red skin coloration of male mandrills and gelada monkeys.

What About Those Eye-Popping Colors? 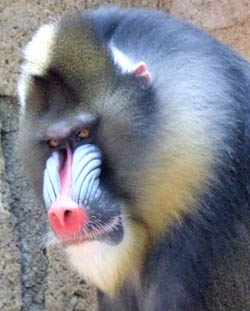 We cannot leave out the vivid colors we display, both in personal appearance – from lipstick and nail polish to clothing and jewelry – and in our “extended phenotype”, such as driving a flashy car. Clearly these grab the eye and can send signs of seduction to those around!

Red is an especially popular and stimulating symbol of sexiness in the animal world. This is largely because red is a rare color in Earth’s habitats, typically standing out against brown soils, blue waters and sky, and green vegetation. This is possibly why it evolved commonly to signal food ripeness, the presence of danger, as well as sexual attractiveness in animals like primates and other daytime critters that use light and color throughout their lives.

In fact, some scientists argue that it is the history of eating red, ripe, nutrient  rich foods that sets up the body’s sensory system in herbivors. Eating ripe fruit or vegetables can be simulated by the color red in a mate as well. This is not just limited to primates including ourselves, but to fruit-eaters like some fishes and birds as well. 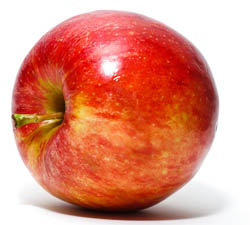 Has the color of ripe fruit been adopted by animals to attract mates? photo by: Abhijit Tembhekar

The Language of Color and Pattern

Why else might we see so many flashy colors out there? In some animals, it appears that different colors send different messages – essentially as different languages of love. In several brightly colored red, orange, and yellow birds, for example, females show patterns of mate preference for the most colorful, healthy males of their species.

However, many of these same species also exhibit bold patterns of black or brown, which females often do not attend to when making their partner decisions.

Instead, the males of these species tend to be the ones that focus their attention on the dark patches of color, which serve as signals of aggressiveness and dominance in combat over resources and mates. 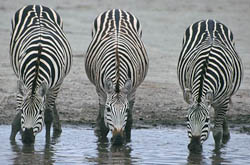 It is not always the brightest colors that attract a mate. Sometimes it is the boldest pattern.

These examples show the two key sides to mating in nature – it’s not always just about you attracting the interest of the opposite sex.

It is also how well you can fend off rivals looking to do the same. 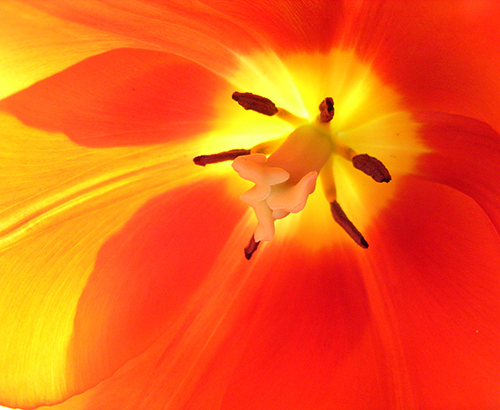