Genes: a region of DNA where a specific set of instructions for one trait is kept. We get some of our genes from our mother and some from our father.

Reproduce: to make more individuals of your species... more

In many places and cultures there is a time of year when people focus their attention on the ones they love. It is during these times of year that red hearts, pink candies, and white roses seem to be everywhere. These are a few of the popular colors and shapes people use to show their affection for that special someone.

Not just for humans, many animals use color to attract a mate.

Humans are not alone in using colorful expressions of love. For millions of years, Mother Nature has displayed her sweet signals of sex appeal. It could be yellow flower petals or fancy blue peacock feathers; the natural world is full of colorful, evolutionary versions of Valentine’s Day cards. Special, personalized messages are sent through eye-catching colors or patterns, as well as through the rest of nature’s communication channels – song, dance, smell, touch, and even electric pulse.

But unlike Valentine’s Day, nature has no holidays. Having only a day to send your most powerful messages of love would be evolutionary suicide for many animals. Instead, animals find themselves in constant competition within Earth’s mating arena. Take even a day off during reproductive times and your genes may be left behind. 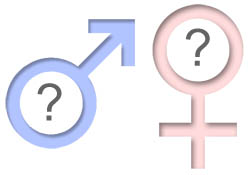 Who do you think uses color more often in the animal kingdom? Is it females, or the male of the species who puts on the color and takes the lead in finding a mate?

It’s usually the males of each species that find themselves in the fiercest of battles when it comes to attracting partners. The ladies of the natural world are often quite picky – after all, they spend a lot of time and energy producing eggs and often caring for young. They can’t afford to accept just any mate. So what’s a guy to do? With all the competition out there, it was only natural that males began to add characteristics to capture the attention of females. Color is one of the more obvious characteristics. It allows males to stand out from other rivals that are trying to do the same thing – find the best mate. 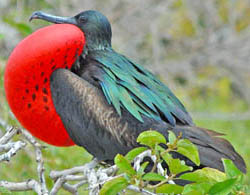 Magnificent frigatebird of the Galapagos Islands displays his bright red inflatable throat pouch used to attract females during the mating season. The pouch remains inflated for the entire breeding season making it harder to fly and catch food.

While brilliant colors may have clear evolutionary value, they also come at a cost. Of course, who wouldn’t want to be the biggest, brightest, and baddest – but only some males are capable of doing so. These are the studs of the species – the ones best able to meet all of life’s challenges of staying active and vibrant, yet healthy and safe. Try as they may, if a male is not able to show off the right colors and shapes, he is out of luck. The ladies will not be interested and – even worse – a predator might look at them as easy prey.

But let’s not forget about the females. They are not always brown and camouflaged for protection. In fact, beautiful ladies can be found in several groups across the animal kingdom. This is perhaps most noticeable in spiders. Wherever males gain by carefully choosing a partner themselves, the female of the species will be showing her colors. 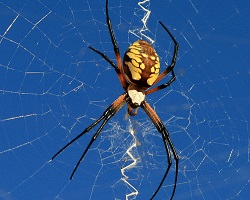 This female yellow garden spider is over ten times the size of the dark brown male, and much more colorful. Image by Nbjacobs.

Yes, men can also be picky about their mate and especially when they have to spend a lot of time with the reproductive process, often as a care-giving father. In spiders, sometimes males only get one shot at mating, as they are sometimes killed in the process, so choosing the right female is also important. For males and females, color choice can make the difference between finding a mate or staying single. This is why it is not surprising that there are so many colors and patterns that animals use to attract a mate.

So the next time Valentine’s Day comes around and you find yourself in front of the mirror or window-shopping at your neighborhood mall, see if you notice the way color is used as a signal. Who is sending the messages and why? Do they pass the attraction test with flying colors? Or do some people color themselves up just to boost their own self-image? 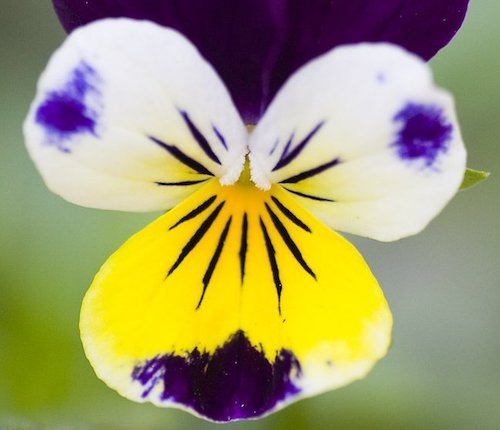 Plants as well as animals are part of Nature's color spectrum.