Savanna: African habitat with a lot of grass and a few bushes and trees.

Virology: the study of viruses.

Outside the bustling city of Nairobi, Kenya, a 15-year-old Arvind Varsani looks out across the wide savanna. Choosing an emerald green hill for his next destination, he takes out his map and plans his next steps. Turning the compass in his palm until the needle lazily teeters around due north, he figures out the route. The truth is, he is not as interested in the destination as the journey. Being in nature is his favorite thing. Any twists or turns that set him off his path can’t ruin the fresh air, beautiful sights, or the time spent with new people he meets along the way. 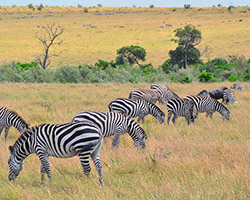 Varsani has walked through the savanna, with herds of zebras at his side. Image by Carlos Gonzalez.

Growing up in Kenya, Varsani would spend days walking the bush during school holiday. At night, he’d stop by a village and ask the headmaster of a small clay-walled school to let him sleep on the classroom floor. He has walked with herds of antelopes, giraffes and zebras at his side, and crossed the paths of elephants and prides of lions. His approach to life is like his childhood wanderings. While some follow a path they have already mapped out, he gives himself the flexibility to rethink it.

Today, Varsani studies the viruses of the world. Viruses live in every kind of ecosystem you can imagine. That means he has been able to adapt his research to every kind of environment. Some have criticized him for not finding one specific kind of virus to focus on, but he thinks his broad interests are perfect for him. He can keep traveling to new countries and studying new plants and animals. This helps him find patterns that no one else has found before. 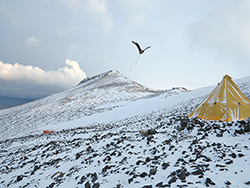 When Varsani works in Antarctica, he gets no internet or cell phone service. Click for more detail.

Keeping his focus broad has even helped Varsani adapt to disaster. As a young professor in New Zealand, his city suffered an earthquake and his laboratory was shut down. Instead of giving up his research projects, he started working on finding solutions. At first, he held research meetings at his house, while he and his students volunteered on the streets to help clean up the city. Soon, through the kindness of friends and strangers, he set up a temporary laboratory in Australia. Things were different there, and he had to rethink his projects, but he ended up doing more science than ever before. He learned that he was tough enough to recover from setbacks by working with his strengths.

You Don’t Have to Feel Stuck

Now, Varsani encourages his students to work with their strengths as well. He reminds them that, with a curious mind, you are never stuck. In high school, he didn’t feel like he was free to follow his interests. He felt peer pressure to map out a path to a job that, above all, gave him stability and paid him well. He studied chemistry, which he liked. But when he got to the end of that path and started working for a big medical company, he realized it wasn’t where he wanted to settle. Instead of feeling stuck, he used the skills he already had to study vaccines. Eventually, his path brought him to virology. 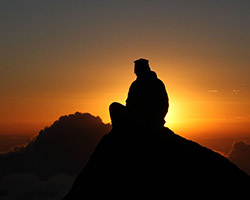 Arvind was once given the chance to leave science forever, and become a full-time outdoor instructor. Click for more detail.

Varsani has grown and changed a lot from readjusting his path. He ended up with a career that he could never have imagined. Instead of a paved road, virology is like a compass he can use to guide him to whatever adventure he chooses next. He has explored many countries on all seven continents and discovered thousands of new viruses.

He makes sure to tell his students to follow their interests too, whatever they may be. If they are nervous about rethinking their path, Varsani reminds them their current path will always be there if they want to return. He believes if you have an inquisitive nature and can think critically, you can do anything.

Hunting Hidden Viruses was created in collaboration with The Biodesign Institute at ASU. 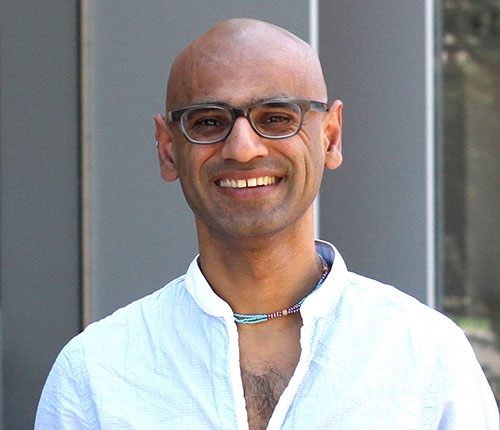 Arvind Varsani studies viruses and the roles they play in different ecosystems.