Some people can take tragic events and turn them into good things. Diego Mastroeni is one of those people. He lost a relative to Alzheimer's disease, and has since made it his career to help find a way to treat it. 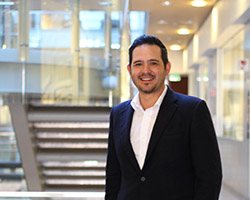 Mastroeni likes to spend as much time as he can outdoors - whether it be hiking, fishing, or golfing. When he was in high school, his brother played soccer professionally, and this inspired him to study sports medicine in college. But like everything else in life, scientific careers don’t always go as planned.

When he was young, Mastroeni lost his grandfather to Alzheimer’s disease. Ever since, he has dedicated his career to helping people with Alzheimer’s. Although medical doctors provide help directly to people with this disease, Mastroeni wanted to help by learning how Alzheimer’s works. That, he says, is how he thinks he can help people the most. He uses his brain to help other brains.

Mastroeni’s research has taken him far from home. He attended undergraduate school at Northern Arizona University, in Flagstaff, AZ. After that, he went to graduate school at Maastricht University in the Netherlands. Today, Mastroeni has returned to his native state of Arizona and is an Assistant Research Professor at Arizona State University. 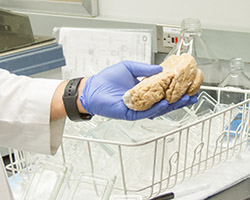 Could Alzheimer's be caused by how genes are turned on and off in the brain?

For a long time, people thought that Alzheimer’s disease was caused by genetics. If you had a certain gene, you were going to suffer from Alzheimer’s. But Mastroeni had the idea that maybe it was a bit more complex. Maybe Alzheimer’s could be caused by how genes are turned on and off in the brain. By learning more about the epigenetics of the brain, he could better understand how a person’s environment might make their brain healthy or diseased. 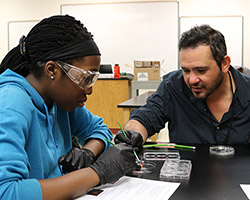 Mastroeni teaches his students about genetics and about chasing the unexplored areas of science.

Mastroeni enjoys challenges, whether it’s in a friendly game of competitive golf, or figuring out the keys to Alzheimer’s disease in the lab. His job is always changing, and always difficult – but he welcomes the challenge that it brings. When he is doing research, he likes to explore ideas that few people have thought of before. The pursuit of the unexplored is what often leads to breakthroughs in medicine and other areas of science. Let's hope that this might be the case for our understanding of Alzheimer's and the brain. 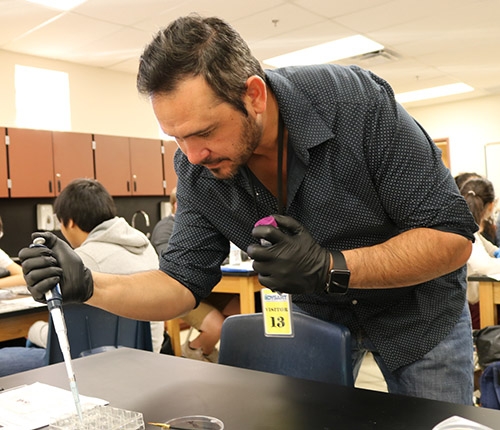 Mastroeni teaches students about the challenges and excitement of science.