DNA Methylation: when a hydrogen atom on a DNA molecule is replaced with a methyl group. This change can turn "off" certain parts of a DNA strand so that it stops making proteins.

Methyl group: part of a molecule made of a carbon atom bonded with three hydrogen atoms. These can sit on top of DNA to turn off genes. 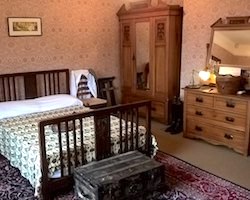 What would you do if you woke up and suddenly did not recognize any of your surroundings? Image by Chemical Engineer.

You wake up and slowly open your eyes. An odd feeling creeps in as you look around for something—anything—that you recognize. But you don’t find anything. You’ve never been in this room before. On the nightstand, there are pictures of you with other people that you do not recognize. The clothes in the closet look like they fit you, but you do not remember ever having worn them. You wonder what you should do to get out of this strange place.

Alzheimer’s is More Than Just Genes

For a long time, researchers thought that Alzheimer’s disease was caused by specific genes. In more recent years, researchers have wondered if someone’s environment – where they live, what they eat, and many other things – could cause Alzheimer’s. 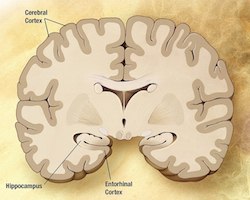 One of the main differences between the twins was where they worked. One worked in an office, and the other worked in a factory. In that factory, they were exposed to a dangerous chemical called DDT. This and other studies have led Mastroeni to believe that Alzheimer’s can be caused by the environment, and how someone’s environment interacts with their genes.

Mastroeni wanted to know more. If someone’s environment could cause Alzheimer’s disease, how does it work? To find out, he has studied neuroepigenetics, or simply put, how the genes in the brain get turned on and off. He thinks that maybe some genes are being turned on or off that could lead to Alzheimer’s. 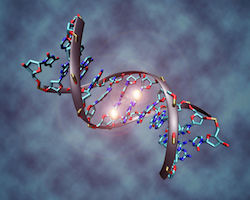 When a gene is methylated, it is usually turned off. Click for more detail.

Mastroeni takes advantage of the Banner Sun Health Research “Brain Bank”, which has human brains from people who died with and without Alzheimer’s. Using these brains, he can compare the epigenetics of diseased and healthy brains. He and his colleagues have found that people with diseased brains have fewer methyl groups on their DNA, meaning more genes are turned on. This includes the gene that makes amyloid beta, a protein that builds up and causes plaques in the brain.

Mastroeni and his colleagues have found that the number of methyl groups that are in a person’s DNA is related to whether their brain was diseased. However, without an experiment, we cannot know if DNA methylation causes Alzheimer’s. This is a big challenge for Mastroeni – he cannot possibly experiment on live humans, especially in ways that might hurt them. 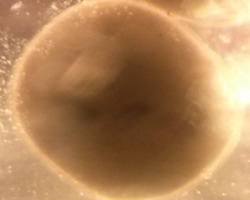 Growing mini "organoid" brains will let Mastroeni study how the environment surrounding a brain may affect development of Alzheimer's. Click to enlarge.

He has come up with an ingenious idea: he will study Alzheimer's on his own human brains. Based on the work developed by other researchers, Mastroeni can take stem cells from brains in the “Brain Bank”, and he can grow tiny brains in the lab. These tiny brains, called organoids, actually grow like human brains do. They grow and form the different structures that can be found in a normal human brain. Mastroeni can change the environment of the tiny organoid brains to see how it affects their DNA methylation.

For example, he could grow some brains with and without exposure to the chemical DDT to see if it actually causes Alzheimer’s disease. But he wouldn’t have to stop there. He could also find out how people can add methyl groups back onto their brain’s DNA, which could help prevent Alzheimer’s.

One of the big problems with Alzheimer’s disease is that doctors often catch it too late. When they do, it is usually because a person is already showing signs of the disease. Mastroeni says that many signs of Alzheimer’s begin as early as someone’s 20’s or 30’s. So how can we think ahead – and catch the problem before it even begins? By studying organoid brains, he might be able to catch the earliest signs of the disease, in the form of small changes in DNA methylation. 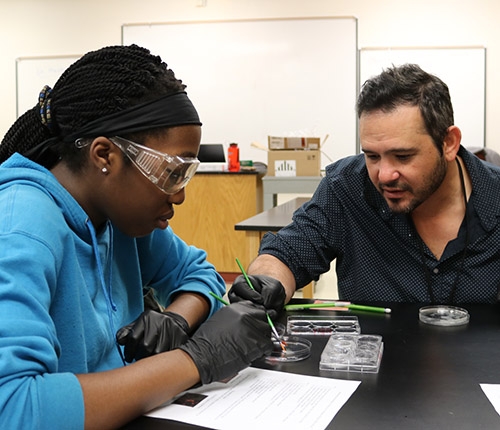 Diego Mastroeni is always learning and always teaching in his quest to figure out what might be causing Alzheimer's disease.