Periods: What Should You Expect?

Abnormal Period: a period that happens infrequently or is especially painful.

Fallopian tube: a structure inside female body that connects an ovary to the uterus.

Menstrual Cycle: a monthly cycle that happens inside the female body. During the menstrual cycle, changing amounts of hormones result in changes in the ovaries and the tissue lining of the uterus. This prepares the body for possible pregnancy.

Period: the shedding of the inside of the uterus, which normally happens about once a month and lasts five to seven days. Periods usually start around age twelve to fifteen and are also called menstruation.

Vagina: a part of the female body that connects the uterus the outside the body. 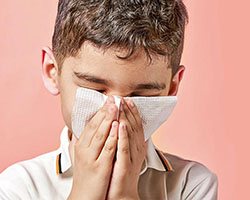 Coughing and sneezing are signs that the immune system is at work. Similarly, a period is a sign that the reproductive system is working. Periods helps prepare the female body for pregnancy. Image by Marco Verch via Flickr

Have you ever been sick with the flu? Sneezing, coughing, and feeling… blah. That is what happens when your body’s immune system is working to fight off an infection. Your body has several systems that work hard to keep you healthy. One of those is your reproductive system.

But periods do not always happen perfectly. Sometimes, some periods can last longer or shorter than others. Every so often, periods can also be heavier or lighter than your other periods. And during some months, they can even cause some pain. That’s all normal. But then, what makes a period abnormal? Some periods may not happen for many months or might cause so much pain that you can’t do your normal activities, like going to school or hanging out with friends.

In the Embryo Project articles, “Amenorrhea,” and “Dysmenorrhea,”  authors talk about the differences between normal and abnormal periods. Hint: those are just complicated words for especially irregular and painful periods. 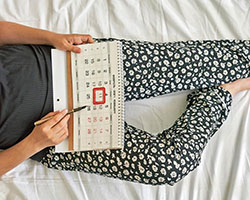 A lot of things might happen once a month, including periods. Most periods happen about every 28 days. But, it’s normal for them to happen more or less frequently. Image by Marco Verch via CCNull

Months go by fast. You might keep track of them by tearing pages off your calendar, or redecorating your home for whatever holidays are coming up. Another thing that marks each passing month for many people is their period. 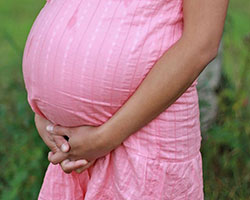 But sometimes people who are not pregnant or breastfeeding stop having a menstrual cycle. When that happens, their period is considered abnormal. People can tell that their periods are abnormal if they do not have a period for three months or longer. This can be a symptom of low body weight, stress, or intense exercise. When those things happen, the body may not have enough energy to complete its normal tasks, including the menstrual cycle and periods.

Irregular periods can also be  a symptom of a condition called polycystic ovarian syndrome, or PCOS. PCOS causes small, fluid-filled sacs to grow inside the ovaries. These sacs make it difficult for the body to complete the menstrual cycle. And if the menstrual cycle does not work properly, then periods may not happen.

A Twinge (or More) of Cramps

You are running, passing quickly through a grassy field. Suddenly, you notice a twinge of intense cramping in your leg. Ouch! Your muscles feel like painful knots that keep getting tighter. Similar cramps happen in the abdomen during periods. But for some people, cramps can be especially painful. 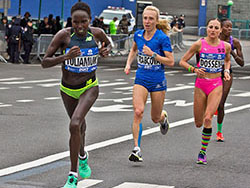 The Bigger Picture on Periods 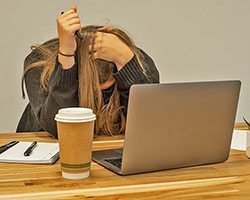 Too much stress can cause a person to stop having periods. Other factors like low body weight or intense exercise can also cause abnormal periods. Image from Richardadamim via Wikimedia Commons

It’s important to be able to detect abnormal periods, because they are often a symptom of other health issues. For instance, irregular periods may be the result of anemia. Anemia is when blood is less able to carry oxygen to the body’s tissues. Anemia causes a person to feel very tired and weak, and can make your periods happen less frequently. On the other hand, certain menstrual disorders, like heavy bleeding, can cause anemia. That’s because they reduce the number of red blood cells that can carry oxygen in your body.

People who have periods spend nearly half of their lives menstruating. That’s a long time to have periods, especially if they are irregular or painful. It can take a great toll on a person’s quality of life, affecting their family, school, and social lives. Let’s take a closer look at how people have learned to manage those symptoms.

Periods in Antiquity and Beyond

You may have friends who have abnormal periods without even realizing that you do. That’s because people don’t always talk about their periods, since it can be an uncomfortable topic of conversation. But people have talked about abnormal periods for centuries. 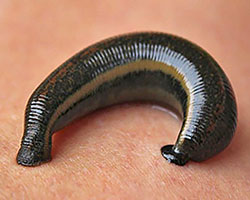 In the 1800s, physicians used bloodletting to treat abnormal periods. They believed removing some of the patient’s blood could help cure illnesses. How did they remove that blood? Leeches! Image by EllWi via Pixabay

Those ideas were popular until the 19th century. Then, doctors began to look at abnormal periods more closely. One of them, Fleetwood Churchill, noticed that one of his patients, who had her ovaries removed, did not have periods. He was one of the first to guess that the absence of her periods was a result of her not having ovaries.

Churchill also said that painful periods happened mostly among emotional women, a common belief during his time. Churchill wrote that a doctor should remove at least 12 ounces of blood to treat them.

At that time, doctors used leeches to remove blood. That’s an old medical practice called bloodletting. Doctors used it to treat nearly every disease as a way to rid the body of “bad” blood. But today, we know that emotions do not cause painful periods. And we certainly don’t practice bloodletting or use leeches!

Learning More About the Female Body 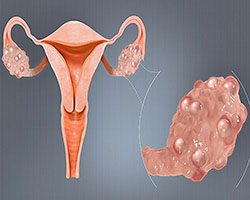 Abnormal periods may be caused by medical conditions like polycystic ovarian syndrome, or PCOS. PCOS happens when small cysts grow on a person’s ovaries. People with PCOS can take hormone pills to help treat abnormal periods. Image by Manu5 via Wikimedia Commons

Like Churchill, other doctors also discussed why some people had abnormal periods. One of them was William Tyler Smith. He wrote that women who had irregular periods looked and acted less feminine. A common belief during Churchill’s and Smith’s time was that women who did not have periods were not suitable for marriage. Some doctors even recommended that women become engaged to restore their periods.

Scientists didn’t understand the causes of abnormal periods until the 20th century. That's when they realized that periods happen as a result of changing hormone levels. Hormones are messengers that tell different parts of the body what to do, such as start a period. This taught us that when something disrupts normal hormone levels, abnormal periods come as a result. Low body weight, too much stress, or intense exercise can disrupt hormone levels.

There are many ways to make periods more regular or less painful. People who live with endometriosis or PCOS are able to manage abnormal periods. Pills that regulate hormone levels are one of many treatments for abnormal periods.

This Embryo Tale was edited by Risa Schnebly and is based on the following Embryo Project articles:

Emily Santora. (2021, December 08). Periods: What Should You Expect? . ASU - Ask A Biologist. Retrieved August 17, 2022 from https://askabiologist.asu.edu/embryo-tales/abnormal-periods

Emily Santora. "Periods: What Should You Expect? ". ASU - Ask A Biologist. 08 December, 2021. https://askabiologist.asu.edu/embryo-tales/abnormal-periods 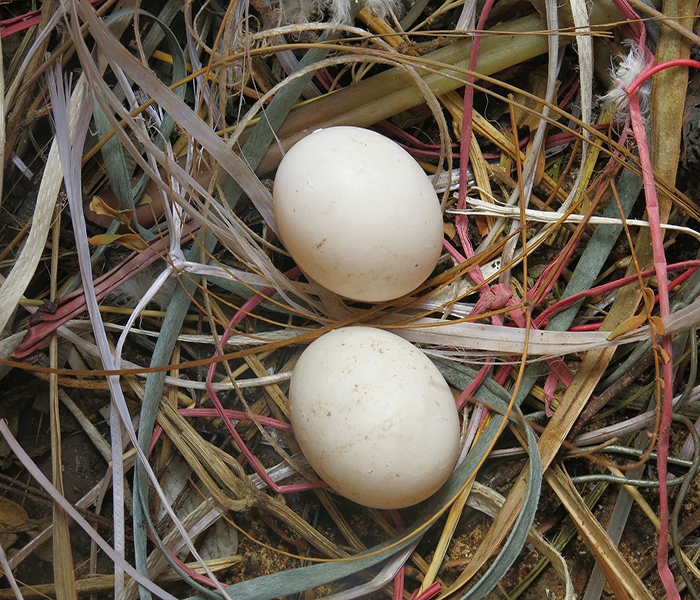 In 1721, the Italian scientist Antonio Vallisneri described an infertile woman with shiny ovaries with a white surface, comparing them to pigeon eggs. What Vallisneri didn’t know then is that he was likely describing a condition we now call Polycistic Ovarian Sydnrome, or PCOS.

What Makes A Period Abnormal? | Ask A Biologist
Skip to main content