Downregulation: the process by which a cell makes less of a particular molecule......more

Fetus: an unborn animal that has started developing all of its body organs, but that is still in an early stage of development.

Neural crest cell: a group of cells in the fetus that turn into many cell types during development. These cells eventually make up the cartilage and bones in the face as well as part of the nervous system......more

Placenta: a structure that forms in a pregnant person's body. It provides nutrients to the embryo while removing the waste from the embryo's blood......more

Teratogen: any substance that may cause birth defects due to a toxic effect on an embryo or fetus......more

Jess is having the best New Year’s Eve ever. Her family and friends came into town to celebrate the new year at her house. Also, she is finally ten years old, which means she gets to stay up until midnight with the adults. 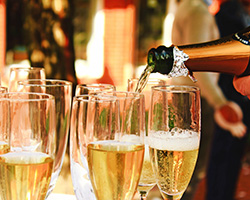 Even just drinking champagne on New Year’s Eve might have big effects on a fetus. If a pregnant person isn't careful or does not know about FAS, they could put their fetus at risk.

Confused by this, she asks her dad, “Why didn’t you pour Mom adult juice?”

“Because she’s pregnant! If she drinks alcohol, it could hurt your future baby brother.”

If a pregnant person drinks alcohol, it can cause the developing fetus to have Fetal Alcohol Syndrome, or FAS. FAS can lead to many birth defects and problems for the child after birth. Those issues can continue for the entire life of the child. As of 2012, about one in every 1000 children born in the United States have FAS. 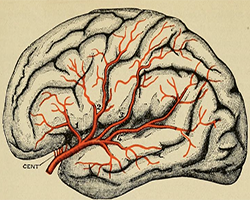 Blood travels all over the body, including to your brain. This is an old illustration of the brain's main arteries. When someone drinks alcohol, they feel its effects because their blood takes it to their brain. Image by Internet Archive Book Images via Flickr.

As the night goes on, Jess watches her family drink more glasses of adult juice, and they start acting… weird. Uncle Nick is laughing really loudly and eventually falls over. Aunt Tory starts saying funny things. Why is all of this happening?

Jess’s mom explains that alcohol is toxic to humans of all sizes. When adults drink it, it travels through their blood until it reaches their brains. It can have many effects, like stopping people from thinking things through before they say them out loud. Too much alcohol can even damage the brain.

If alcohol can damage adults, what can it do to a growing fetus? Let’s take a look at some of the effects that alcohol and FAS can have on a fetus. 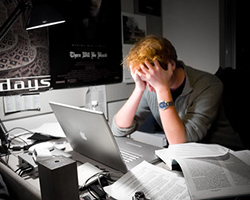 Children born with FAS are at a higher risk for ADHD, a lifelong learning disability. In childhood, it can cause hyperactivity and make it difficult to pay attention. In adulthood, those symptoms can make it hard to maintain relationships and do well at school or work. Image by Peter Alfred Hess via Flickr.

If a pregnant person drinks alcohol, it will travel through their blood and eventually reach the fetus.

Neural crest cells are also needed to form facial features like noses and eyes. So, when alcohol kills those cells, it can also cause changes to the face. 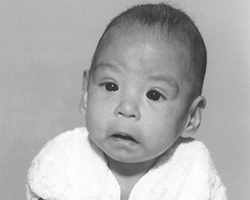 The infant in the photo above was born with FAS. This baby has a thin upper lip, small eye openings, and no ridges under its nose. Image by Teresa Kellerman via Wikimedia Commons.

Fetuses with FAS may have small eye openings, thin upper lips, and a differently shaped nose. The ridges under the fetus’s nose may also be underdeveloped or absent.

Fetuses with FAS are often smaller than fetuses who do not have FAS. But why does that happen?

Just like we need nutrients to grow, so do fetuses. Fetuses get their nutrients from the placenta. Alcohol can stop the nutrients from getting from the placenta to the fetus. With fewer nutrients, the fetus cannot grow as much as it should. This reduced growth is noticeable and continues even after they are born. Children with FAS often have problems gaining weight and are smaller compared to their peers who do not have FAS.

The scariest part about FAS is that it increases the chance of the fetus dying during the pregnancy, also known as a miscarriage. There is also a higher risk for the pregnant person to have a stillbirth, meaning the fetus dies before or during delivery. 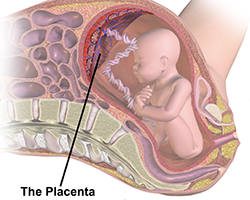 Even if the fetus is born alive, it is more likely to be born early and not fully developed.

How Much Alcohol is Too Much?

The seriousness of the defects depends on how often and how much alcohol a pregnant person drinks. The more they drink, the more likely the fetus is to develop FAS and the more severe the effects may be. The best way to avoid FAS is to not drink any alcohol during pregnancy.

It is most risky for the pregnant person to drink alcohol in the first three months of pregnancy. This is because there is an increased risk for the fetus to die or develop abnormalities during this time.

Most people know now that it’s dangerous to drink alcohol during pregnancy, but how did we find out that was true? 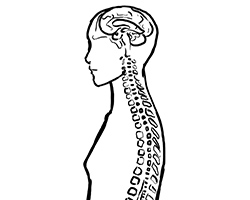 The central nervous system is made up of the brain and spinal cord. It’s responsible for things like controlling body movements and sensing and responding to the world around you. Image by Another-anon-artist-234 via Wikimedia Commons.

Lemoine’s results were similar to the trends he had noticed before. Many of the children he studied were born with altered facial features or body sizes, and often had trouble with learning. It seemed like those changes were the result of damage to the fetus's nervous system that was caused by alcohol.

Before this, most people had thought it was okay to drink alcohol while pregnant. So many people did not accept Lemoine’s findings on the damage alcohol can do to a growing fetus. But years later, more researchers would conduct studies to see whether he was right. 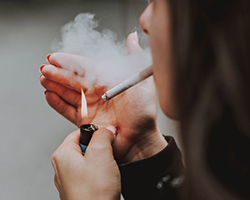 Alcohol is a teratogen. That means it is a substance that can cause birth defects. Tobacco is another teratogen, which is why pregnant people should also avoid smoking. Image by lilartsy via Pexels.

In 1973, doctors Kenneth L. Jones and David W. Smith were working with children in Seattle, Washington. They noticed the same set of birth defects among children born to a person who had consumed alcohol during pregnancy. This confirmed that the defects were not just a coincidence but actually a serious problem.

Alcohol was then officially labelled as a teratogen, meaning it can cause damage to a fetus. That made it clear that alcohol does have a negative effect on fetuses.

In 1973, Jones and Smith classified a group of alcohol-induced birth defects as Fetal Alcohol Syndrome. They worked with Lemoine to publish a piece about FAS in a scientific journal. People then finally began to believe Lemoine's findings. 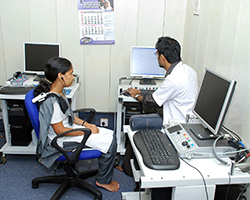 Jones and Smith defined FAS to be what we know it as today. Alcohol can cause damage to a fetus's central nervous system and can also change the way a fetus looks.

There is no cure for FAS, and the effects last all of one's life. However, some medicines and therapies have been known to help. People who suffer from FAS should be monitored and checked regularly.

Because there is no cure, the best treatment for FAS is preventing it altogether. Today, most pregnant people know that they should not drink alcohol, but there are also many ways to remind people of the danger. For example, since 1988, messages on alcoholic drinks in the US have warned pregnant women not to drink them. By spreading awareness about FAS, fewer children may be born with it every year.

This Embryo Tale was edited by Cole Nicols and Risa Aria Schnebly and is based on the following Embryo Project articles: 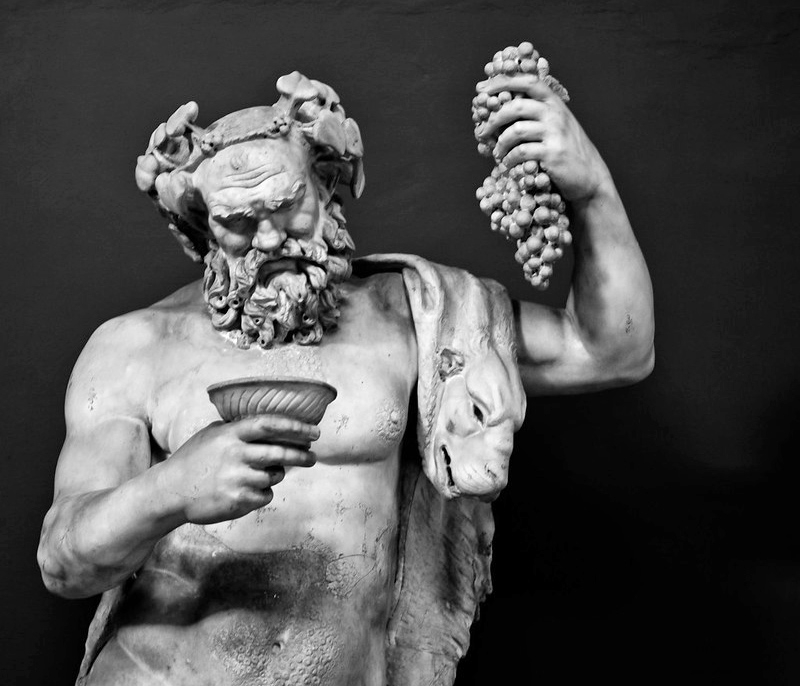 Alcohol has been around for most of human history – the Ancient Greeks even had a god of wine, Dionysus. For a long time, it was more common to drink alcohol than water because water was less clean and would make people sick. Luckily, now we have cleaner water and know more about when drinking alcohol can be dangerous.

What Happens if You Drink While Pregnant? | Ask A Biologist
Skip to main content