Asperger syndrome: a condition (named after Hans Asperger) that is part of autism spectrum disorder. Those with AS generally like routines and have a hard time making friends......more

Spectrum disorder: a condition that has lots of different symptoms that are a little different for each person......more

Stimming: repetitive motions or sounds that autistic people may make to help lower their stress......more 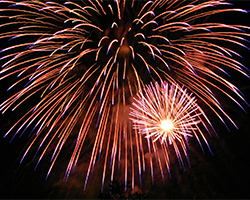 Boom! Loud fireworks might make you cover up your ears. Everyday sounds can feel that loud to autistic people, so you might see them cover up their ears when someone closes a door or talks too loudly. Image by Ian Kluft via Wikimedia Commons.

You are in a sports arena, ready to watch your favorite team play. Bright colors flash on the big screen, smells of popcorn and hotdogs fill the air, and the crowd erupts as the home team scores. While it’s fun at the start, soon the bright lights shine right in your eyes and the loud noises start to hurt your ears. Now, it is impossible to see or hear the game.

What do you think it would feel like if you were around all those loud noises and bright lights all the time? This overwhelming feeling is what many people with autism experience every day.

Even everyday noises like a door closing can feel as loud as fireworks. Autism is a condition that makes people act or communicate in a way that might seem unusual to other people.

You’ve probably met someone with autism before, maybe a family member or classmate. Just because you know someone with autism, that doesn’t mean the next autistic person you meet will behave the same way. Autism is something called a spectrum disorder, which means that no two people with autism think, act, learn, or feel the same.

Doctors and scientists are not sure why some people are autistic. What we do know is that people are born with autism, and it isn’t something you can get from being around other people. You can’t tell someone is autistic just by the way they look. Instead, people find out they are autistic when a doctor assesses what they do or feel, called symptoms. You might see some of these symptoms in autistic people, friends, or family.

What Are Some Symptoms of Autism? 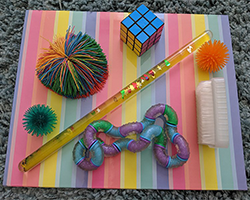 Some of these toys may look familiar to you. Some autistic people use fidget toys to help them stay calm or focus. The repetitive motion or texture of the toy can help take away stress! Image by MissLunaRose12 via Wikimedia Commons.

We call some autistic people “non-verbal.” This means they do not communicate with others by speaking. Instead, some non-verbal autistic people will write things down or use a computer to talk. Just because someone doesn’t speak doesn’t mean they can’t understand when you talk to them. They may understand you perfectly.

People with autism often struggle to look people in the eye when they are talking to someone. This doesn’t mean that they aren’t listening or that they don’t want to talk.

Imagine you had to move to a new school, away from your friends. This change might make you pretty upset. This upset feeling when things change can happen when even small things change in an autistic person’s life. A substitute teacher or new seat in class can make an autistic person feel really stressed. Doing the same thing every day helps some autistic people feel safe and happy. 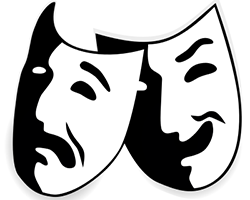 Caption: Some autistic people have a hard time understanding people’s faces. That can make it difficult for them to tell how a person is feeling. Image by Booyabazooka via Wikimedia Commons.

Preferring to be alone:

Have you ever had to work in a group on something you would’ve rather done alone? If so, it can sometimes be frustrating when someone tries to do things for you.

Autistic people will often want to do things alone. Being around a lot of people can be stressful and make it hard to focus. This means an autistic person will often sit by themselves and not ask for help when working.

Scientists have been learning about autism for a long time. In 1911, over one hundred years ago, the doctor Paul Eugen Bleuler was one of the first people to use the word autism. 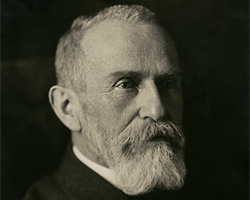 Paul Eugen Bleuler was one of the earliest researchers into autism. He was a Swiss psychiatrist who studied many mental conditions in the early 1900s. He also was one of the first people to use the term "schizophrenia." Image via Wikimedia Commons.

After the disorder had a name, people were curious about what caused it. All sorts of ideas came up, including the idea that people became autistic because of the way their parents raised them. However, as scientists studied it more, they realized that people are born with autism.

One of the scientists who made this discovery was named Leo Kanner. Kanner also helped change how doctors see autism by studying the symptoms and behaviors of autistic kids.

Hans Asperger was a doctor in Austria who worked with a lot of children. Over time, he noticed that some of the kids he worked with acted differently than others. They had trouble making friends and talking to people. But, many of those children also had incredible talents, like playing the piano or being amazing at math.

Curious about these children, Asperger set out to find out what made them different. After years of working with the children, Asperger wrote papers to better explain their condition. The condition became known as Asperger Syndrome. As of 2021, many researchers believe that Asperger may have had a form of autism himself. 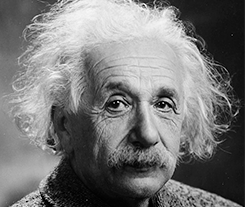 Some scientists now believe that many famous people you may know about were autistic. Albert Einstein may have been autistic. Image by Orren Jack Turner via Wikimedia Commons.

The children with Asperger Syndrome had many of the same symptoms as children with autism. Autism and Asperger syndrome have so much in common, that in 2013, Asperger’s was included as part of the autism spectrum instead of being separate.

Many of today’s scientists are looking for what causes autism. Some autistic people are against this research, as they are worried doctors will try to “cure” their autism. Autism isn’t a disease, and groups like the Autistic Self Advocacy Network (ASAN) think research should focus on other issues. ASAN is a group run by autistic people that helps support research and laws to help autistic people be more included in society.

According to ASAN, some therapies are helpful to autistic people in learning ways to work with the world around them. However, these treatments are not right for every autistic person. ASAN also says we need research to look for better ways to teach and communicate with autistic people rather than to find a cure. 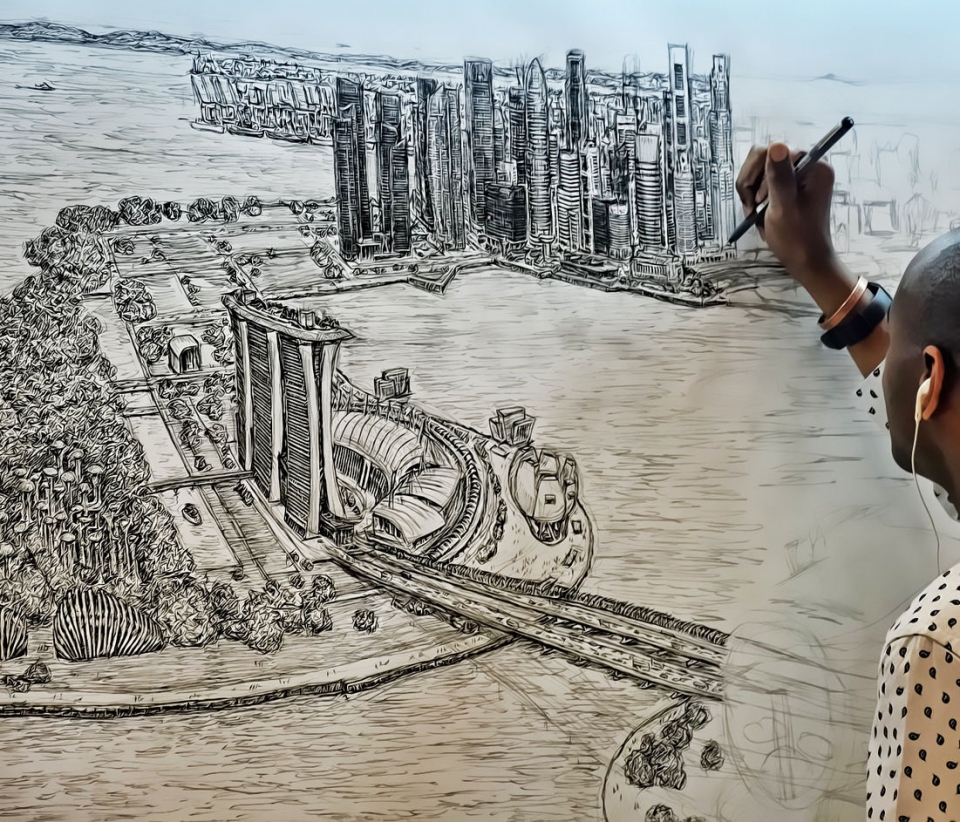 Stephen Wiltshire is a popular artist with autism. He became famous all over the world because of his incredibly detailed drawings. He only has to see a cityscape like this one once to be able to draw the whole thing from memory.