Cervix: the lowest part of the uterus, found just above the vagina......more

Most parents never have to question whether their children are their own. But in 2002, a woman named Lydia Fairchild was faced with that very question. 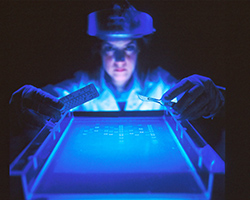 Usually, scientists run DNA tests with gel electrophoresis. Gel electrophoresis is a lab method used to separate DNA, RNA, or proteins according to their size. A big DNA molecule will travel a shorter distance through the gel compared to a small DNA molecule. Image by National Cancer Institute via Unsplash.

That year, Fairchild was separating from her husband. She wanted custody of her kids. In order to obtain custody, she had to prove she was the mother of her children. So, she submitted a DNA sample to run alongside her children’s DNA. But when the results came back, her DNA did not match her children’s. The government accused her of lying about being their mother.

During this time, Fairchild was pregnant with her third child. When she gave birth, a government official stood in the room to ensure no one was cheating the system. There was nothingout of the ordinary about the birth. However, when researchers took the baby’s DNA a few weeks later, it still did not match Fairchild’s. How is this possible?

It turns out that Fairchild had a very rare condition called chimerism. Chimerism is when an organism inherits two sets of DNA instead of one. This happens in organisms of all kinds – mice, rabbits, cats, and many more. Let’s take a closer look at how chimerism looks in humans.

DNA, the Director of Design

Why was it so crazy that Fairchild’s DNA didn’t match her children’s? To understand this, we must talk about what DNA actually does in our bodies. 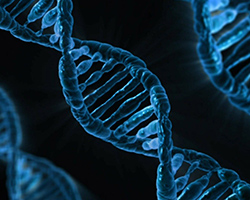 This is the structure of DNA, one of the most important molecules in our bodies. It carries all the genetic information that we inherit from our parents. It also contains all the instructions needed for our bodies to survive. Image by PublicDomainPictures via Pixabay.

DNA carries the information we need to develop and survive. Everyone inherits DNA from their parents. Parents pass DNA to their children through their gametes, or sperm and egg cells. The DNA that the sperm and egg carry is a product of meiosis, which is a process where one cell divides into 4 cells. Each of these four cells carries a random half of the genetic information of the parent. This randomness is why no two eggs or no two sperm are the same. This is also why siblings can look different from each other even though they share the same parents!

When the egg and the sperm fuse, they make a zygote with a full set of their combined DNA. This zygote can eventually turn into a fetus, and every cell will have the same set of DNA. Because all the cells have the same DNA, we say that the person only has “one set” of DNA. We get all the DNA we have when we are zygotes, and there’s usually no other way to get another set of it.

At least, that’s how it typically works. But since Fairchild’s DNA did not match her children, something different had to have happened. It all made sense once the researchers realized Fairchild was a chimera.

Why was Fairchild born as a chimera? It’s not a choice she made, but a combination of events. 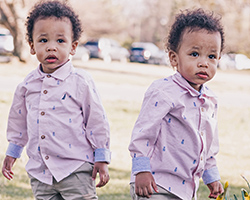 Identical twins are born when one zygote splits into two, so they have the same DNA. But fraternal twins, which are born at the same time but do not look the same, are born from two separate zygotes with unique sets of DNA. Sometimes, instead of growing into twins, those zygotes can fuse and make a chimera. Image by luis arias via Unsplash.

Usually, just one egg will fuse with just one sperm. But in some cases, two eggs release instead of one. We call this hyperovulation. Thus, two different sperm cells may fuse with the eggs, forming two separate zygotes instead of one. If development proceeds from here, this process can give rise to fraternal twins. Fraternal twins are siblings that look different from one another but are the same age.

But sometimes one zygote can absorb the other. The zygote doesn’t know what it’s doing, and it’s not eating its twin, just absorbing its DNA. In the end, only one zygote remains. That zygote now has two sets of DNA, and will grow into a chimera.

How are chimeras different from other humans? They have genetic differences, but you could never guess someone is a chimera just by looking at them.

Chimerism is very rare; only about 100 cases have been recorded in human history. That might be because no one knew to look for it, though. 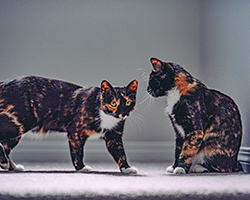 In humans, chimerism might look like a mild skin discoloration. Sometimes, though, human chimeras don’t have any visible signs. Lydia Fairchild did not have any obvious marks on her body. She likely would never have known about her condition if she didn’t submit her DNA to the government.

Lydia Fairchild was not the first human chimera scientists discovered. Researchers brought chimerism into the spotlight in 2002, when Karen Keegan’s case went public. 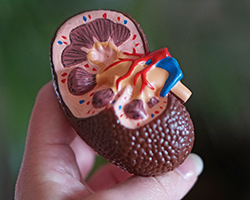 Kidneys are complex organs, so it can be difficult to find a donor for a transplant. The closer the genetic match, the less likely it is for someone's body to reject a new kidney. Image by Robina Weermeijer on Unsplash.

Karen Keegan was a woman who needed a kidney transplant. Her family wanted to help, so her husband and sons submitted DNA samples to see whose DNA was the closest match for Keegan’s. However, Keegan’s DNA did not match either of her sons.

When scientists looked at Keegan’s cells, they found two whole sets of DNA in her body. One set of DNA was present in her tissues, and there was another set of DNA in her blood. They published this finding on May 16, 2002, in a public science journal. Keegan’s chimerism was a shock, but it was easy to prove. Her blood DNA didn’t match her sons, but her tissue DNA did.

When Fairchild’s lawyer learned about Keegan, he finally had an explanation to what might be happening. So the government hired researchers to take DNA samples from all over Fairchild’s body.

Unlike Keegan, Fairchild did not have two different sets of DNA all over her body. Her tissues and blood shared the same set of DNA, and that set didn’t match her children. 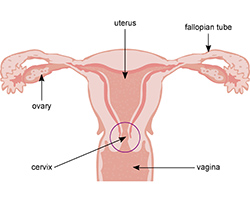 Researchers had to dig deep to find the second DNA set hiding in Fairchild’s cervix. This DNA matched all of her children, and she won her case.

In movies and books, detectives scour crime scenes looking for a criminal’s stray hair or drop of blood. This is so they can run the criminal’s DNA and look for a match to find out who they are. But what if detectives could no longer rely on DNA?

Courts use DNA as the final word to settle a lot of cases. This is because DNA is usually unique to every person. The fact that chimeras have two DNA sets and don’t always have a DNA match messes up how DNA is usually used in court. But, blind trust in DNA led to an incorrect conclusion. Fairchild had proof that she was her children’s mother. Her mother and father even had a DNA match with her children. However, because her DNA did not match her children’s, Fairchild almost lost custody of her kids.

Most cases don’t have the time to thoroughly search a person’s body for a second DNA lineage. Many times, the lack of a DNA match can rule out a suspect, even if all other evidence points to them. However, because there have only been 100 or so reported cases of chimerism in humans, most people argue that DNA is still reliable.

This Embryo Tale was edited by Cole Nicols and Risa Aria Schnebly and is based on the following Embryo Project articles: 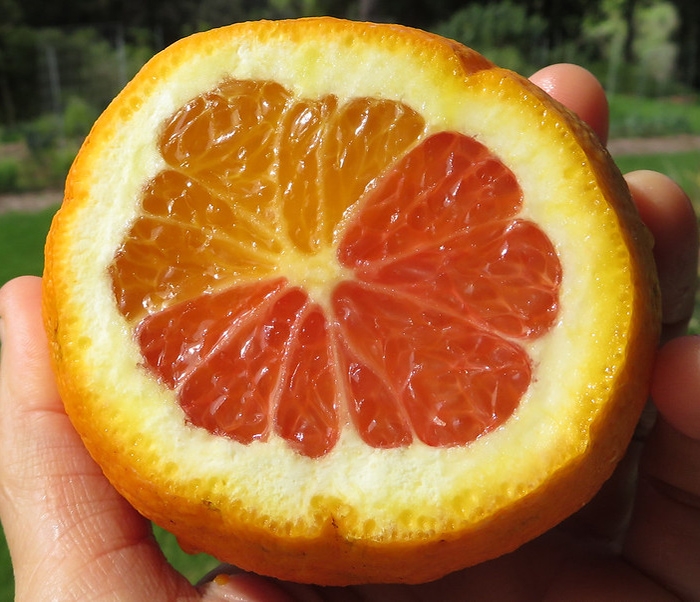 Chimeras happen in nature all the time, especially in plants. See how this orange has two different colors on the inside? That's because it's a chimera with two separate sets of DNA.