Preventing Pregnancy with Plan B

Implantation: the process in which an embryo attaches to the wall of the uterus, after which the female is considered to be pregnant......more

Ovulation: when the female reproductive system releases an egg cell. That egg cell can be fertilized by sperm to start a pregnancy. 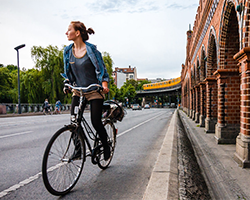 Putting a helmet on after falling off your bike won't protect you from getting hurt. Plan B isn't like that. The pill works to protect you from pregnancy after intercourse. Image by Daniel Foster via Flickr.

When you get ready to ride your bike, you probably do a couple of things to keep yourself safe. You wear a helmet and maybe some knee and elbow pads so that if you fall off your bike, you won’t get hurt. But what happens if you forget your helmet, or your pads fall off? They won’t provide much protection after you’ve already fallen. What if there was a way to protect yourself from getting any injuries right after you fell?

Plan B, a set of emergency birth control pills, works to prevent pregnancy after sexual intercourse happens. Birth control, or contraception, is a type of protection that keeps a person from getting pregnant.

Most types of contraception work best before sex. But, a person with a uterus can take Plan B up to 72 hours after sex to try to protect against pregnancy if their first form of protection failed in some way. 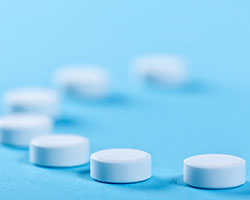 Plan B pills contain levonorgestrel. Other birth control pills do, too, but Plan B has a higher dose. That helps it act quickly to stop or delay ovulation. Image by Marco Verch via Flickr.

So, what is Plan B, and how does it differ from other types of contraceptives?

Plan B usually consists of two pills with the hormone levonorgestrel. This hormone is a lab-made form of progesterone, a natural hormone in the body. Progesterone plays a key role in the female reproductive system. A sharp drop in progesterone at the end of the menstrual cycle triggers a period. 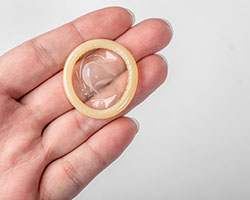 Most other types of contraception have an effect before or during intercourse. Condoms, for example, create a physical barrier between sperm and egg. Image by Marco Verch via Flickr.

Different types of birth control work in different ways. Some contraceptives create a barrier during intercourse to stop a sperm from reaching an egg. For example, a condom is a physical barrier that keeps sperm from entering the body.

Hormonal contraceptives like daily birth control pills prevent ovulation so that sperm will not fuse with an egg. Plan B uses hormones in a similar way. 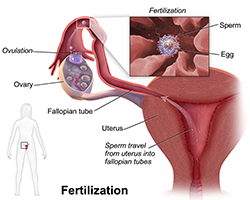 The processes of ovulation and fertilization. Click the image for more detail.

Either way, Plan B is an effective form of birth control. It is up to 95% effective when a person takes it within 24 hours of sexual intercourse. A person can still take it between 48 and 72 hours after sex, but its effectiveness drops to about 61%. If a person takes Plan B later than 72 hours after sex, it is even less effective and is less likely to work. The longer a person waits to take Plan B, the more likely it is that a sperm is able to meet the egg and fertilize it.

Other forms of emergency contraceptive pills exist and can work for longer periods of time. Some can be effective for up to five days after sexual intercourse.

There are some common side effects of Plan B that should only last a few days after taking it. Some of the side effects include stomach pain or cramping, nausea and vomiting, headache, and dizziness. There can also be some bleeding in between periods or some change to a person’s typical menstrual cycle.

Did you know that a lot of knowledge about contraception comes from studies on other animals? Scientists in the 1920s first found that emergency birth control was possible through tests on other mammals, like dogs and horses. The scientists used estrogen. 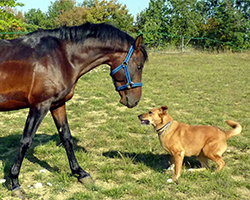 A lot of mammals have similar reproductive systems to humans. Scientists have done tests on animals like dogs and horses to learn about our reproduction. Image via Pxhere.

Estrogen is another hormone that plays a role in the female reproductive system. The scientists gave a small dose of estrogen to the animals soon after sexual intercourse. They found that it helped prevent pregnancy. This was a big discovery for emergency birth control.

But what about for people? It wasn't until the 1960s that humans successfully used emergency birth control. At this time, doctors in the Netherlands used estrogen to stop a patient from becoming pregnant.

It took a lot of work to find the right recipe of hormones for Plan B. In the 1970s, scientists continued to work to find the most effective formula for the medication. In 1974, a scientist from Canada named Albert Yuzpe made a special mixture of estrogen and progesterone in a lab. This formula prevented pregnancies in 75% of people who took it. It is still a method used for some emergency contraceptives and other birth control as of 2021.

Back in the 1970s in Latin America, scientists were testing progestin-only forms of birth control. Plan B uses the same type of formula called levonorgestel. More recent studies have found that this formula is better at preventing pregnancy than Yuzpe’s method. The studies also found that it also has less side effects of nausea and vomiting than Yuzpe’s method. 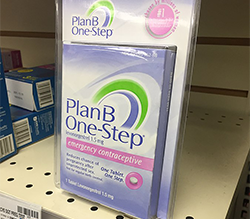 This is what the packaging of Plan B looks like. Sometimes, stores lock it up to prevent theft, but anyone can buy it over the counter. Image by Sarahmirk via Wikimedia Commons.

Developing the pills was just the first difficult step. Next, they had to be approved by the government to be used widely. In the US in 1997, the Food and Drug Administration, or FDA, approved emergency birth control pills. However, people could only use the pills with a doctor’s prescription. This made it hard for patients to use the pills in the right time window after sexual intercourse.

In 2006, the FDA approved Plan B as an over-the-counter medication. This means that anyone over the age of 18 can buy the medication without a prescription. In 2013, the FDA approved for Plan B to be available for purchase over the counter to anyone of any age. That way, emergency contraception can be accessible to more people who might need it.

Thumbnail image of Plan B by Mike Mozart via Wikimedia Commons. 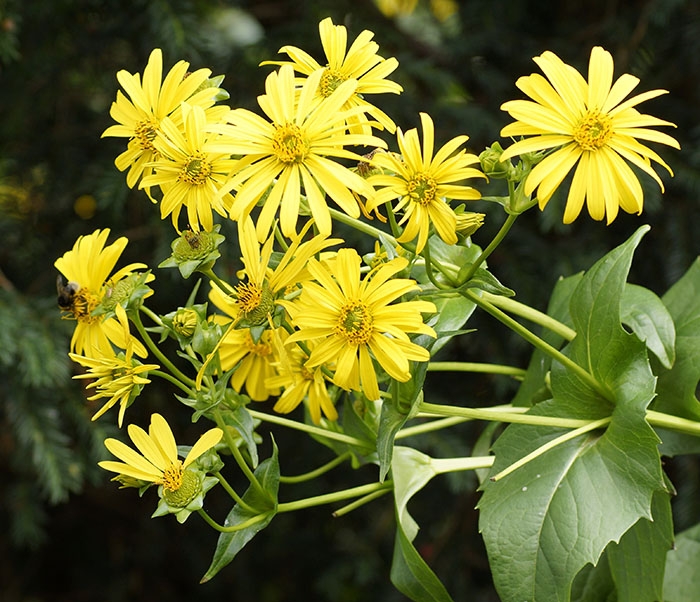 In Ancient Greece and Rome, people used a plant called silphium as a form of contraception. Silphium was also used as a seasoning, perfume, and medicine, and was so popular that people harvested it to extinction. Nowadays, no one knows what silphium actually was, other than that it had yellow flowers.

Plan B: Emergency Contraceptive Pill
Learn how to read a scientific article