Xs and Ys: How Our Sex Is Decided

Biological sex: the classification of an organism, commonly as male or female, based on its body parts and functions.

Sex chromosomes: a pair of chromosomes many organisms have that decides their biological sex. 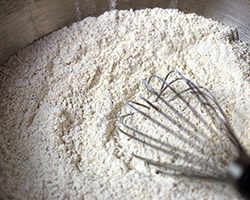 Baking cookies takes a lot more than just flour in a bowl. Image by Veganbaking.net via Wikimedia Commons.

Sarah is turning seven years old today, and she’s especially excited about this birthday. She’s going to make a bunch of cookies with her parents to celebrate, and Sarah LOVES cookies. She bolts out of bed in the morning and rushes downstairs, shouting for her parents join her. They come down to see that Sarah emptied the entire bag of flour into a mixing bowl and is stirring it happily.

Laughing, they ask, “Sarah, what are you doing?”

Her parents smile, “Throwing flour in a bowl won’t get you cookies. You have to follow a recipe.”

“A recipe tells you how to make a certain kind of cookie. It says what ingredients to use, how much of them you put in, and in what order. It has all the instructions you need to follow to make the cookies.”

What's In the Recipe? 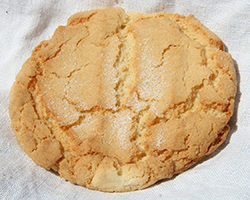 DNA decides the sex of humans, in the same way that ingredients decide what type of cookie you make. Image by Jonathunder.

In the same way, the instructions that are in our sex chromosomes will decide our biological sex. Humans have two kinds of sex chromosomes, an X and a Y. The mix of chromosomes you have plays a big part in determining how you will develop. People usually have two sex chromosomes. Typically, embryos with one X and one Y chromosome develop into males. And those with two X chromosomes usually become females.

Expect X, But Why Y? 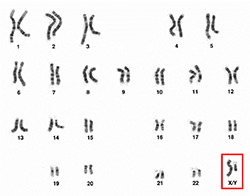 A karyotype is a complete set of chromosomes from an organism or species. This is a human male karyotype. In the red box, you see the sex chromosomes. Click for more detail.

The Y chromosome is short, and mostly has instructions needed for typical males. It has one specific part called the sex-determining region Y, or SRY. The SRY carries some essential instructions for males, such as how to make testes. Testes are male reproductive organs. Their formation is the first step in male development. 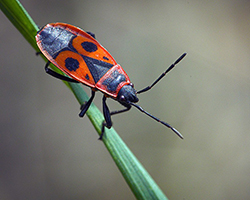 The X chromosome was first named during a study of firebugs in Germany. Image by hedera.baltica via Wikimedia Commons.

In 1890, the biologist Hermann Henking was hard at work studying chromosomes in Germany. Henking stained cells he had collected from the sperm of a firebug. In those stained cells he noticed some darker spots that would later be known as chromosomes.

But there was something odd about the numbers of those dark spots that he saw in different sperm cells. Some of the sperm cells had twelve chromosomes, but others had only had eleven. He named the extra chromosome he kept noticing “X”. Sound familiar? It might, because we now commonly know the X chromosome to be one of the two sex chromosomes.

Why do you think the males had one chromosome that was smaller than the rest? 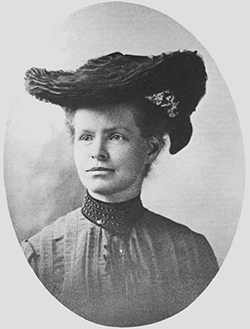 In 1905, Nettie Maria Stevens discovered the Y chromosome while she was studying mealworm genes. Image courtesy of the Carnegie Institution of Washington via Wikimedia Commons.

After both sex chromosomes were discovered, it took many more scientists and many more years to figure out how they work. Even today, we are still figuring out so much about our sex chromosomes and the many ways they can affect who we become.

This Embryo Tale was edited by Dina Ziganshina and Emily Santora and it is based on the following Embryo Project articles:

Risa Schnebly. (2021, August 31). Xs and Ys: How Our Sex Is Decided. ASU - Ask A Biologist. Retrieved August 7, 2022 from https://askabiologist.asu.edu/embryo-tales/sex-chromosomes

Risa Schnebly. "Xs and Ys: How Our Sex Is Decided". ASU - Ask A Biologist. 31 August, 2021. https://askabiologist.asu.edu/embryo-tales/sex-chromosomes 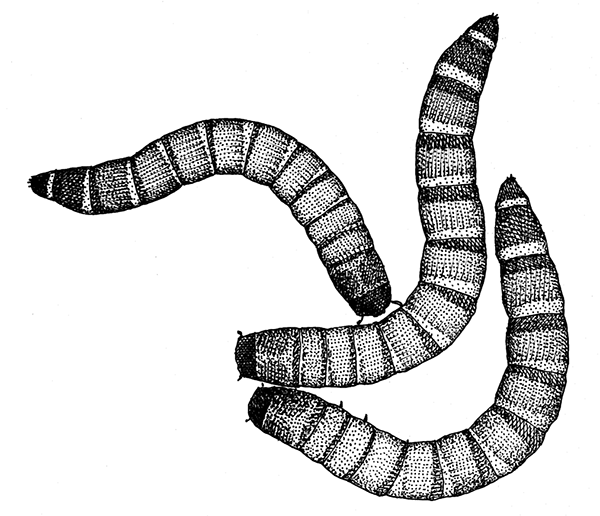 Many different animal species have been involved in studies of sex chromosomes. Mealworms, which have 20 chromosomes, were important to the discovery of the Y chromosome.