Does Parental Age Matter? A New View on Brain-related Disorders

Evolutionary Theory: a theory that explains the process of change in a group of organisms over time, through changes that occur between generations.

Likelihood: the chances of something occurring.

Paternal: relating to the father.

Schizophrenia: a brain disorder that causes a person to experience things around them that are abnormal or not real. These may include thinking, behavioral, or emotional experiences.

You wake up early on a Sunday morning and wander downstairs to grab some juice and relax. It’s the weekend, after all. A few hours pass while sitting on the couch watching TV, and suddenly your older sibling appears. He moves slowly into the room and plops down on the couch next to you. 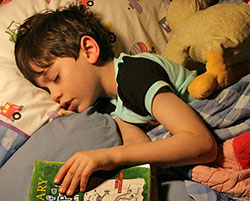 Age can affect us in many ways, such as how much sleep we need each night. Image by woodley wonderworks.

Being the kind sibling you are, you bellow out a cheery “good morning!” but it’s met with a grumpy response. Apparently staying up way too late the previous night playing board games and getting little sleep had more of an effect on your sibling than it did on you. Who would have thought that the age gap between the two of you would cause such a difference?

It turns out that age can have a big impact on us, whether it affects our memory or our ability to function on little sleep. Age can also impact us across generations—how old someone is when they become a parent can affect their children. Brain disorders may be an example of this age effect. In the Evolution, Medicine, and Public Health article “Opposite differential risks for autism and schizophrenia based on maternal age, paternal age, and parental age differences,” scientists studied how the age of the mother and father affects the likelihood of their children developing autism or schizophrenia.

Many previous studies have looked at the effect of age on the likelihood an offspring will develop autism or schizophrenia. But often times a study will focus on just a few pieces of information. And because every study is a bit different, it can be challenging to compare the results across them.

Instead of trying to make sense of all the results from previous studies, these scientists decided to perform one very large study on autism and schizophrenia that would use the same protocol for the whole experiment. This would help them to avoid having to compare across experiments, and hopefully come to a final conclusion on how the age of parents and these brain disorders are linked. To do this, they looked at data collected on the health history of people who were born in Denmark between 1978 and 2009. This included over 1.5 million people. 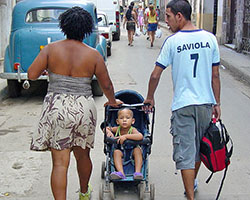 Many qualities of the mother and father can affect the future traits of a child, including the likelihood that child will develop certain diseases or disorders. Image by Adam63.

For each person listed in the dataset, scientists reported the age of the mom and dad, as well as how far apart they were in age. They then looked at how likely these ages were to predict whether the child would develop autism or schizophrenia by looking for patterns in the data. For example, if children who developed autism or schizophrenia always had parents who were roughly the same age, it would inform scientists that there was an age range that made these conditions more likely to occur.

It turns out that age and gender of the parents tended to predict whether or not a child would develop schizophrenia and autism. More interestingly, the predictions were unique for each condition. Scientists looked into 3 different ways age might have an effect on the child’s likelihood of developing one of these conditions.

Age Difference between Mother and Father

Looking Through an Evolutionary Lens 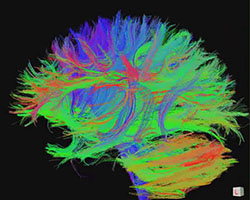 Changes in the way the brain develops may explain why people develop autism and schizophrenia. Scientists wonder if evolutionary theory may help explain why these changes occur. Image by jgmarcelino.

Overall, scientists found that the age of the parents was linked to the likelihood that a child would develop autism or schizophrenia. But they were left with the question of why this would be the case. Here, scientists thought about this question through the lens of evolutionary theory.

In this case, scientists were interested in two theories related to conflicts that might arise either between parents or between parents and offspring. The conflict has to do with the amount of investment by the parent toward an individual offspring. Different amounts of investment can affect both the outcome of the current offspring, as well as future offspring the parents may have. The results of this study are centered mainly around two of these conflicts:

It is possible that differences in development caused by these evolutionary conflicts could cause abnormal brain development. And while scientists can’t say with certainty whether this is the case, these theories provide a new and exciting possible mechanism for why autism and schizophrenia develop. With hope, these findings will lead to future work looking more closely at specific genetic markers of the mother and father and how these may relate to brain disorders. 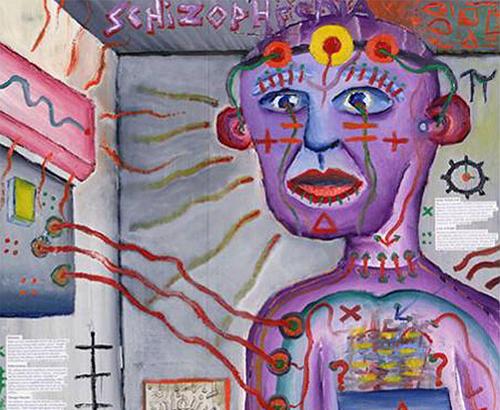