Aerobic respiration: a way cells make energy when they have access to oxygen; one molecule of glucose (a sugar) is used to make 36 molecules of energy (ATP).

Anaerobic respiration: a way cells make energy when they do not have access to oxygen; an example of this type of process is glycolysis.

Glycolysis: a type of energy production that occurs in cells and does not require oxygen; cells use one molecule of glucose (a sugar) to help make two energy molecules (ATP) and two molecules of lactic acid.

After a trail of thrilling heists and escaping capture for a month, two suspected diamond thieves were finally captured by police. After a ride to the police station, they were put in separate prison cells for interrogation and were not allowed to talk to each other. Unfortunately, the camera at the jewelry store only shows them in disguise, so the police may not have enough evidence to send both criminals to prison. 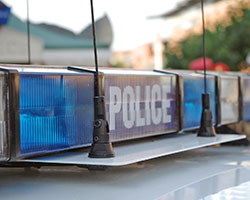 If two thieves were caught by the police, is it better for them to stay silent or to turn each other in? Image by Matty Ring.

This scenario, called The Prisoner’s Dilemma, may sound like the plot of a TV crime drama, but it is a common way to describe cooperation in human societies and in nature. The prisoners are given the choice to be selfish or to be helpful.  Each prisoner has every reason to “cheat”, choosing the selfish option that betrays his or her partner in crime, in order to be set free.  Despite this benefit of betrayal for the individual prisoners, remaining silent is the helpful, cooperative choice. Silence is the best choice for both prisoners because they both get less prison time.

Although cancer cells in a tumor do not choose their fate in the same way the prisoners do, there are helpful and selfish strategies available to each cell, just like the prisoners’ two choices. The PLOS ONE article “Prisoner’s Dilemma in Cancer Metabolism” argues that whether or not cancer cells cooperate depends all on the cells’ environment. 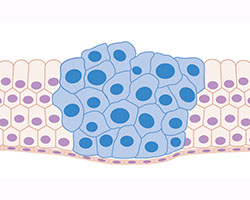 Tumor cells grow out of control in healthy organs. Click for more information.

Cancer is a disease in which cells, the smallest unit of life that our bodies are made up of, grow out of control. Instead of working to perform normal bodily functions, they grow past their boundaries, and start working against the body.

Cells, like any living organism, use their energy to survive and reproduce. Cancer cells need to make energy from resources in their environment to survive, grow, and divide. Here is where their Prisoner’s Dilemma comes in: there are two strategies that cancer cells can use to make energy from their “food”, sugar molecules in the tumor environment. One is called aerobic respiration, in which cells use both sugar molecules and oxygen to make energy. The other is called glycolysis, in which cells without access to oxygen (anaerobic) use sugars to make energy--this makes much less energy than is made during aerobic respiration. 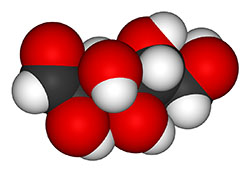 This is glucose, one of the sugar molecules that both healthy cells and cancer cells use to make energy in order to grow and reproduce. Cells can break down glucose with or without oxygen. When oxygen is not present, the process creates toxic molecules.

Which Cancer Strategy Will Win?

Given that both the helpful and selfish strategies have costs and benefits for cancer cells, how do we know which strategy the cancer cells will use? The researcher hypothesized that glycolysis will be the dominant strategy if the environment lessens the drawbacks of glycolysis. The researcher tests this hypothesis using a mathematical model to determine which strategy will “win” in different environments. 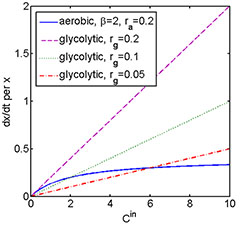 This graph shows shows the growth rate of aerobic and glycolytic cells based on conditions in the environment. Click for more information.

The mathematical model takes into account how much sugar glycolytic and aerobic cells take in and measures the growth of both types of cells. The model can change according to different characteristics of the cells’ environment, like the availability of sugars and oxygen. The model also accounts for death rates of cells and how many cells are using each strategy to begin with.

In the model, cells that use aerobic respiration are limited by oxygen levels and sugar availability. Cells that use glycolysis are only limited by sugar availability. According to the model, each cell will use the strategy that allows them to grow the most under each environmental condition. Modeling cell growth in different environments could not be done in a real tumor in a patient. It would be difficult to change the conditions in a real tumor, and even harder to see what single cells do.

Costs and Benefits Depend on the Environment

This study found that if there are more sugar molecules available in the environment, then the cells in the model that use glycolysis have an advantage. More cells will use glycolysis if a lot of sugar molecules are around. Although the cells make less energy with glycolysis, if more of their food is available they do not have to worry so much about finding sources of energy and can focus on cooperating to kill nearby healthy cells. The same results occur if there is less oxygen available. 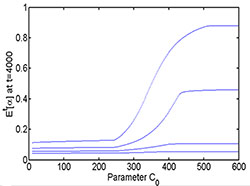 On the other hand, if resources like sugar and oxygen are not limited, tumor cells face the Prisoner’s Dilemma. Cancer cells in this model only help each other if enough of them use glycolysis, all producing toxic lactic acid to kill healthy cells and make more room in the environment to grow. However, if too many use glycolysis, the environment becomes so toxic that even the cancer cells die, taking their host with them. The selfish choice of aerobic respiration is more stable over time, but this study demonstrates how the environmental conditions determine whether or not glycolysis is worth it for cells despite the possibility of death from too much lactic acid.

Cancer cells are commonly viewed as cheaters, once-normal cells that have grown past their boundaries and are taking resources away from still-healthy cells. However, in this Prisoner’s Dilemma, cancer cells may use a helpful strategy that allows them to cooperate with other cancer cells or a selfish strategy in which they make extra energy for themselves. Just like the prisoners seeking to keep their sentence as short as possible, cancer cells in this mathematical model may experience the biggest benefits if they use the strategy that benefits all of the cells collectively. This benefit is determined by conditions in the environment. For cancer cells, it's the environment that makes them a deal, not the police. 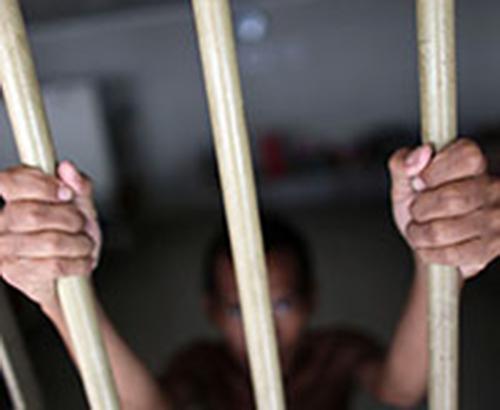 The Prisoner's Dilemma is the name of a behavioral scenario that provides a decision between being selfish or cooperating. Researchers are applying this idea to the growth of cancer cells.
Prisoner’s Dilemma in Cancer Metabolism
Learn how to read a scientific article