Predict: to make a guess about what will happen in the future. 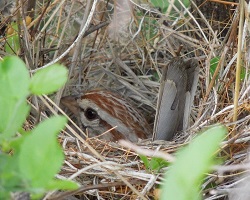 This female Rufous-winged sparrow is fairly well hidden in her nest. Click for more detail.

If you ask all of your friends the date of their birthdays, you will likely get answers from every month in the year. But, if you could ask the same question of the birds in your backyard, they would all tell you that they were born in the spring or summer months. This is because, unlike humans, many birds breed only during certain seasons.

One of the major reasons that birds breed only during certain seasons is that it’s tough for parents to find food for both their chicks and themselves. Chicks eat caterpillars and other small insects that are only available during spring and summer, so birds make sure their chicks hatch when food is available. It turns out that they are really good at predicting when this will happen. ASU professor Pierre Deviche has made it his job to find out how birds know when conditions are just right for breeding.

The Long Days of Spring

You’ve probably noticed that days are longer during summer than winter. Birds pay attention to the length of each day and know that it’s time to mate when days grow longer during early spring. 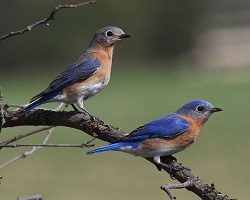 Growing day length in spring is a good clue that conditions will be just right for breeding because it changes at the same time each year. However, sometimes, temperature or how much food is available can change when birds breed. For example, in an unusually warm spring, birds will mate earlier, whereas in an unusually cold spring, birds will wait to breed until it warms up a bit.

Deviche’s research focuses on a species of bird, the Rufous-winged Sparrow (Peucaea carpalis), that breeds in the Sonoran Desert. This species lives in an area that gets very dry in the summer, which isn’t good for finding food. Because of this, these sparrows depend on the rainy season for breeding and raising their chicks. By studying this species, Deviche can try to learn how some birds might use changes in their environment like rainfall or temperature instead of day length to time their breeding behavior.

Global climate change is predicted to cause changes in the cues birds are using to time their mating season.  In the Sonoran Desert, climate change is expected to reduce the amount of rain that falls during the rainy season. Rainfall is crucial to many animals, so if less rain falls the Rufous-winged Sparrow might not know when the time is right to breed. 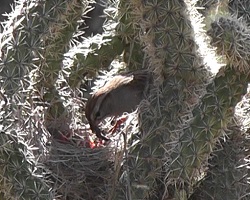 If it doesn’t time breeding correctly, there might not be enough food for its young. This is why it is important to understand how birds might change their behaviors as temperature or the amount of rain changes in an area.

Birds aren’t the only animals that breed during certain seasons. In fact, almost all animals do this. By studying how birds know when conditions are just right for breeding, biologists like Deviche can better understand how animals respond to changes in their environment, including those caused by climate change.

Though birds have a specific breeding season during which Deviche does most of his field work, he still gets outside throughout most of the year. With a fascination for dragonflies and other creatures of the desert, when he's not working, he has many more birthdays to think about than just those of the birds. 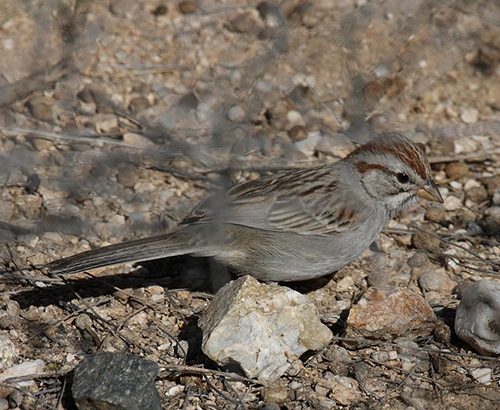 Rufous-winged sparrows are helping scientists understand how climate change may affect the timing of breeding.

Learn more about reproduction in our story Singin' in the Rain.