Conservation biologist: is a person who wants to protect the diversity of life on earth... more

Keystone: the middle stone in the top of an arch which has a special shape and holds all the other stones in position... more

Keystone species: a species that is important for the survival of other species in its ecosystem... more 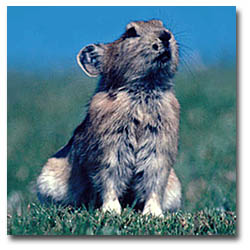 When Professor Andrew Smith looks at his favorite study animal, he sees more than a cute furry mammal. To him the Plateau Pika has helped to explain the importance of even the smallest animals and their impact on the plants and animals that live in their communities.

Dr. Smith is a conservation biologist at ASU, and much of his effort is concentrated on studying Plateau Pikas on the high Tibetan plateau grasslands in central China. His work in China is helping to save a keystone species.

Pikas have been considered by some in China to be pests. There have been widespread attempts to wipe out the pika population through poisoning programs. But Dr. Smith's research revealed that there is something unique about the way pikas interact with the other species in their environment.

Pikas dig burrows in the high alpine meadows where they live. These burrows provide protection from predators, a place to raise young, and shelter from the cold. High on these meadows there are no trees and very little shelter of any kind. Pika burrows become important to other animals. Most of the birds that live in this area use pika burrows for nests. Without them the birds would have no safe places to roost or raise young. Pikas also are the primary food source for birds of prey and carnivorous mammals such as weasels, foxes, wolves, and bears. If the pikas disappear, these animals will lose a valuable food source that they depend on for survival.

These are some of the factors that led Dr. Smith to claim that the pika is a keystone species. Dr. Smith's research has been important in helping scientific organizations in China to realize the value of the pikas to their ecosystem. Dr. Smith's research is one example of how scientists can make a difference and help protect species that may be in danger.

He works closely with the International Union for the Conservation of Nature (IUCN). One of the primary goals of IUCN is to keep an inventory of the status of plant and animal species that may be in danger of extinction, now or in the future. This inventory is known as the "Red List."

Scientists around the world work with IUCN to build and maintain the Red List. As they study a species, they check the status of several important factors.

How do species get on the Red List? Here are some of the questions scientists are asking when evaluating a species.

When they have the answers to these and other questions, then the species is ready to be "Red-listed". It is placed into one of nine categories on the Red List, depending on the present and future expected threat to the species.

IUCN relies upon scientists like Dr. Smith to provide the organization with valuable data and recommendations. This close working relationship between IUCN and scientists allows the Red List to reflect the current status of species that may be in danger. Governments and environmental organizations around the world can use the Red List to help them make decisions about conservation priorities and habitat protection. The overall goal is to raise awareness and provide information that can help the global community to reduce species extinctions.

Additional Information on the Red List can be found at https://www.redlist.org/.

Read more about: Keying in on Keystone Species 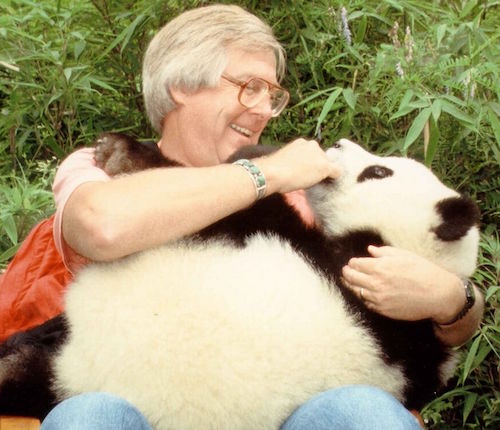 Keying in on Keystone Species