A Recipe for Life

Vanilla. Lemon. Pineapple upside down. Chocolate. German chocolate... Whether or not you like cake, you probably realize that there is no shortage of different types of cake. Despite their different flavors, each of these cakes are made through a very similar process. 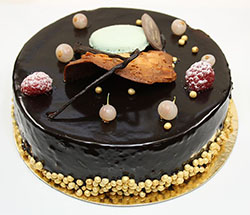 Many different types of cake can be made with the same basic ingredients. Chocolate mousse cake image by Lionel Allorge.

So, how do you make a cake from scratch? First, pull out a recipe book and search for the kind of cake you want to make. Once you find your special cake recipe, just read along and follow the instructions. First, you gather the ingredients – eggs and sugar and flour – and then mix them in a bowl. Then, pour the batter in a cake pan and heat the oven. Then you put the pan in the oven and bake it. It is easy to make something as complicated as a cake, as long as you use just the right recipe with the right amount of ingredients.

Life is far more varied than cakes, with millions of different shapes and sizes. So how did nature cook up life? The same way you make a cake – by following the recipe. 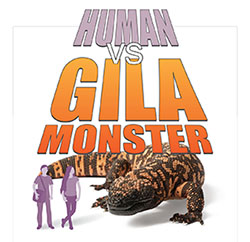 How do humans and Gila monsters compare? Click for more detail.

Within almost every Gila monster cell and human cell is nature’s recipe book to make life from scratch. But it is not written on paper or found in a recipe book. Instead, it is written on genetic material known as deoxyribonucleic acid – DNA for short.

Every fish, lizard, bug, tree, and person has the complete recipe book for how they were made written in nearly every cell in their body. Just like there are different recipes for all sorts of delicious foods, all living things have DNA.

DNA looks like a long, twisted ladder. Just like our cake recipe relied on a few ingredients, DNA has its own chemical ingredients. There are sugars and phosphates that make up the outside of the ladder. The rungs of the ladder are made up of just four ingredients: adenine (A), guanine (G), cytosine (C) and thymine (T).

The recipe book for a Gila monster is basically a long row of just four letters, A, G, C, or T, written in different orders that are unique to making a Gila monster.

Though the same letters are the used to make a Gila monster or human, it is the arrangement of these chemical letters that make the batter of life, and each of us, special. 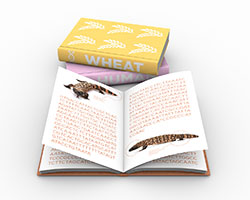 For example, when the Gila monster’s body needs to make more venom, it only needs to read a few small sections of DNA, known as genes. When the genes are read and the instructions are followed, then the Gila monster’s mouth can make more venom. There are other genes that give Gila monsters their tails or skin color. And for humans, there are genes that give people blue eyes or brown eyes. Still other genes give plants and flowers their dazzling colors, making red roses and blue violets. So what do we call all of an organism's genes and other genetic material? A genome.

A genome is the complete list of DNA instructions that are needed to make one organism, whether a Gila monster, human, a plant, or a bacterium. In every cell is the entire length of its G, C, A, or T chemicals, which stand for Guanine, Cytosine, Adenine, and Thymine. These molecules are spooled very tightly like yarn into balls of thread as DNA fibers called chromosomes. In nearly every human cell, these are arranged in 23 pairs. And the genome for one human looks very different from every human's genome, unless they are identical twins.

DNA may be written with the same letters A, T, G, and C in every living thing, but by changing the order of the letters, nature made an incredible recipe book for all life on Earth. 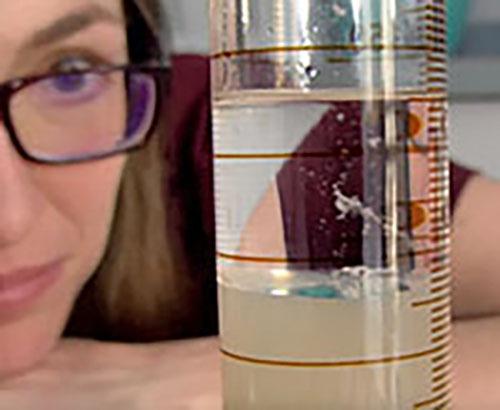 Visit our Seeing DNA activity to learn how to get the DNA out of a banana.

What can our DNA tell us about human history? Visit Ask An Anthropologist's Because Your DNA Says So to find out.