Dopamine: a chemical messenger that acts in the brain to affect how we perceive reward and pleasure, and increases motivation to seek these kind of experiences....more 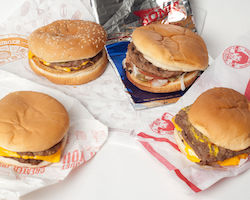 Hi-calorie foods are now readily available to most humans. Mixed with our cravings for sugar, fat, and salt, this can cause us to eat many more calories than we need. Image by TheDapperDan.

For humans, the nutritional environment we face now is very different than that which our ancestors faced. Instead of hunting and gathering, we go to grocery stores and restaurants stocked with every food imaginable. With such ready access to caloric-rich food, our desire for the pleasurable sensations of taste can get us into trouble. Obesity and diabetes are now concerns facing the human population. If access to caloric-rich food wasn’t enough, there is now an entire commercial research industry studying taste in an effort to produce foods that we simply cannot get enough of.

Have you ever gotten to the bottom of a bag or potato chips or cookies, and joked that they were “addictive?” That might not actually be the wrong word choice. Food addiction is potentially a real disease that has the same effects on the brain's reward center as hard drugs. Eating high fat or high sugar foods ultimately results in the release of the neuorotransmitter dopamine in the brain. 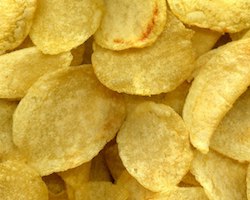 Some foods are addictive because they reward pleasure centers of the brain, the same way some addictive drugs do. Image by Rainer_Zenz.

Dopamine activates receptors in the reward center of the brain, enhancing the pleasurable experience of consuming a high caloric meal. With too much dopamine, the reward center is overstimulated and responds by producing less dopamine receptors. This means that in order to produce the same pleasurable response as before, with fewer receptors, more dopamine must be released to activate the remaining receptors. This produces a feedback loop. 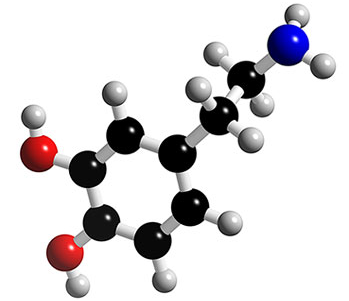 Fat and sugar intake causes the brain to release this molecule, dopamine. Dopamine activates part of the pleasure center of the brain, making us want to eat more fat and sugar for more pleasurable feelings.