How to Identify a Male and Female Monarch Butterfly

Monarch butterflies may all look the same, but there is a way to tell the difference between a male and a female. Here is the key to identifying them.

Males have thinner wing veins than females do. The males also have two distinct black spots on the lower (hind) wings. 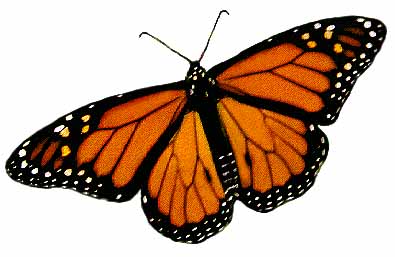 This and the two illustrations below are all from photographs of living insects and are in their natural positions captured when photographed.

Females have thicker wing veins than males and lack the black spots on the lower wings. 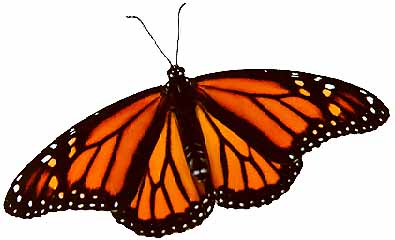 How to Identify a Monarch Butterfly

Oftentimes, other butterflies are mistaken for monarch butterflies. Some species have evolved to look like monarchs because it helps them keep predators away (as monarchs are bad tasting and poisonous). So how can you tell what is a monarch and what isn't? 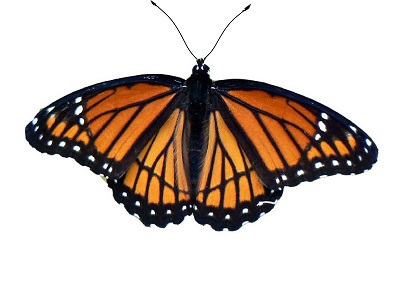 This viceroy butterfly looks a lot like a monarch, but there are many small differences.

First, you can see that the patches on the wings are different. The viceroy has a line that goes across the hind wing, making it look like it has two main sections. Monarchs do not have that line.

Additional images via Wikimedia Commons. Mating monarchs by forehand.jay. Viceroy from the back by Benny Mazur. 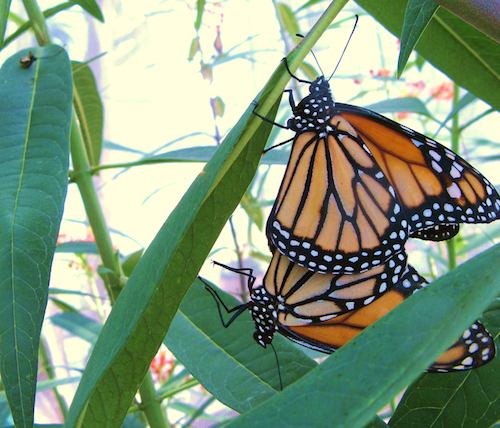