Asphyxiation: extreme loss of oxygen and increase of carbon dioxide such that the body becomes unconscious or causes death. Suffocation.

Protozoa: a group of single-celled organisms that live in water... more

Here are some medicinal plants you might have heard of—or even taken. 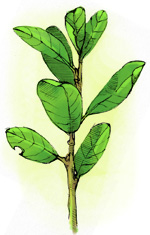 For centuries, people have used willow bark for aches and pains, flu and fever. Some believed the bark helped because willow grew in wet, marshy places, so it was good for conditions associated with that—things that you catch or feel in such places. But scientists in the 1800s traced willow bark’s effectiveness to a different source: a chemical in the bark, also found in some other plants (birch, wintergreen, meadowsweet, pipsissewa), called salicin. Scientists at Germany’s Bayer Laboratories synthesized the compound, and gave us salicylic acid, or aspirin. Newer uses have been found for salicylic acid, including preventing blood clots and possibly, colon cancer. But aspirin is hard on the stomach and not recommended for young people. Herbalists still prescribe willow bark; it’s gentler on the stomach than aspirin.

Cranberry is one of only three commercially important fruits native to northern North America. It can help prevent and treat urinary tract infection. For years, many people, including many doctors, said this was an old wives' tale; if the tart berries had any effect, it was attributed to their acidity. But finally, research showed that certain chemicals in cranberries, and also in blueberries, actually keep bacteria from sticking to bladder and urinary tract walls, allowing one’s system to flush them out. In a 1994 Harvard study, 150 elderly women—a group prone to such infections—drank 10 ounces of cranberry juice cocktail a day and suffered significantly lower rates of infection. In another study, symptoms recurred in 61 percent of patients who’d shown benefits from the juice, then stopped drinking it. 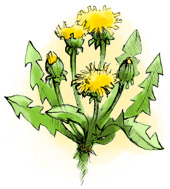 Most people think of bright yellow dandelions as nuisances, but the early American colonists didn’t. They’re the ones who brought them to this continent and grew them in their gardens, because dandelion was important medicine. Bitter substances tend to stimulate digestion, and dandelion leaves are bitter. They’re also full of vitamins and minerals–for example, more beta-carotene than in carrots. Dandelion leaves make a good spring tonic and have diuretic properties, that is, they encourage our bodies to shed water. But because of all of dandelion’s vitamins and minerals, including potassium, the plant actually replaces what is cleared out. Dandelion roots, roasted, are a coffee substitute, but more importantly, they contain inulin, which makes them antidiabetic. Dandelion features in traditional systems of medicine around the world; for example, in China, it’s used for upper respiratory infections and breast problems.

In cultures around the world, people have added substances from nature to the tips of arrows to ensure a successful hunt. Two arrow poisons from plants became important medicines. One plant is a vine with big floppy leaves, found in the Amazonian area of South America. It was the main ingredient in a blowgun-dart poison called curare, so the vine too has come to be known as curare. In an animal’s body, curare intercepts messages between muscles and nerves, so the muscles never get them. As a result, muscles relax, starting with the eyelids and ending with the lungs. The animal dies from asphyxiation. During surgery, if a patient’s muscles are tense, tissues can get damaged. Doctors learned that just the right dose of curare relaxed patients’ muscles beautifully during operations. Curare’s not used anymore, but it was the model for new, similar drugs. An African arrow poison, also from a vine, Strophanthus, gave us medicine that improves the beating of the heart.

The leaves of a type of Chinese sagebrush give us the most important drug for malaria today. Each day, mosquito-borne malaria kills about 3,000 people around the world, mostly kids. In Chinese, the name of the sagebrush is Qinghao. In English, it’s wormwood, or an American nickname, Sweet Annie. But the plant’s scientific name, which stays the same no matter what your language, is Artemisia annua. For centuries, Artemisia annua was traditional Chinese medicine for malaria until other drugs came along. Then, in the 1960s, seeking to protect army troops in Vietnam from malaria, the Chinese government dug up the old remedy. Now, derivatives from Artemisia annua, especially one chemical called artemisinin, are drugs of choice recommended by the World Health Organization for fighting malaria. Artemisinin targets parasites and disease cells with high iron content, so it also holds promise for cancer and Lyme disease. One day, malaria sufferers and others may be able to grow their own medicine. 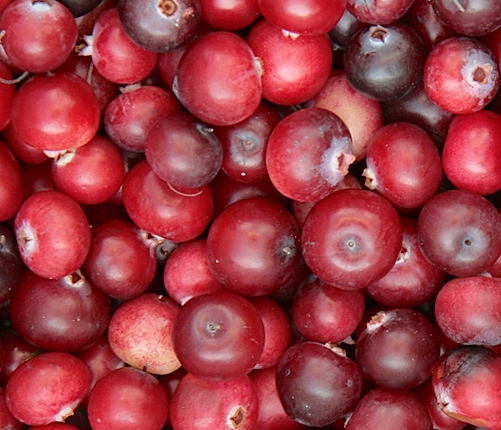 More than something to eat, or drink, cranberries are good medicine.