Antimicrobial: a substance able to kill or stop the growth of microorganisms.

Diagnose: identify a person as having a type of medical condition or disease.

Eons: a very long time. In geologic terms an eon is used to measure two or more eras (periods).

Pharmaceuticals: a chemical compound used to diagnose, treat or prevent a disease and other medical conditions - medicine.

Pharmacist: a university trained person who prepares and sells medications- a druggist, or apothecary.

Did God create drugstores? Or did they evolve over eons?

Neither, of course! We all know that stores where pharmacists work and where you can buy things like aspirin, vitamins, and prescriptions when you’re sick are fairly recent inventions. Maybe you’ve had the chance to visit a historical “Apothecary” from the 1700s or 1800s. Drawings of even earlier apothecaries from the 1600s exist. But that’s still only 300 or 400 years old—a drop in the bucket compared to how long scientists think human beings have been around: approximately 200,000 years! So how, way back when, did people get medicine?

Drugstores, like the Collin's Pharmacy in Islip, Long Island (1910), have been around for a very short time when compared to human use of medicinal plants throughout history.

People got medicine from nature, mostly from plants. In fact, botany, the study of plants, started out as an arm of medicine. To this day, many people around the world still get their medicine from plants. The World Health Organization estimates that 80 percent of people in the world use traditional remedies instead of modern pharmaceuticals for many reasons—because they prefer them, or because pharmaceuticals are too expensive or difficult to get.

Plants are full of chemicals, ones that they produce themselves. They don’t make them for us to use medicinally. Plants can’t move around like we animals do, so they use chemicals to accomplish a lot of their most basic life functions, everything from fighting off predators to communicating to reproducing. Isn’t that smart?! 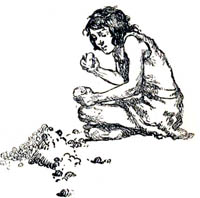 Early humans used plants from Nature as their drugstore.

Long ago, humans learned that these same chemicals affect our bodies. Some make us sick or even kill us, but many are beneficial. Early people must have discovered which were which through trial and error, and also by watching animals. Scientists know that some animals treat themselves with plants when they are sick. Depending on what’s wrong, they might nibble the leaves of a certain plant or tree. Bears in the southwestern United States have been observed to dig up the roots of a plant called osha, chew the roots, then smear the mixture all over their fur. Osha root is antimicrobial, antifungal, and insecticidal. Indigenous Southwesterners have long called osha “bear root.”

Over time, humans developed great skill at diagnosing conditions and knowing just which plants to prescribe and how to prepare and dose them. “Herb” is another word for medicinal plant; people who treat illness and promote health with plants are herbalists. Much herbal knowledge wasn’t written down, so with the advent of modern medicine, some of what people used to know was lost. 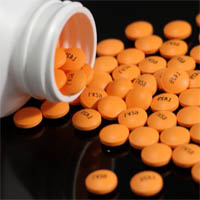 Up to 50 percent of all medicine comes from chemicals found in plants.

But you don’t have to be or see an herbalist to take medicinal plants. Chemicals from plants are in many drugs that doctors prescribe today—and that drugstores sell. Up to 50 percent of modern pharmaceutical drugs either still contain chemicals harvested from plants, or they’re derived from plants. With “semi-synthesized” drugs, scientists start out with natural material, then modify it in a laboratory. “Synthesized” drugs are completely human-made, but they’re modeled after chemicals in plants.

Medicinal plants come in all shapes and sizes. Some grow at the tops of mountains; others in jungles; still others, in deep ocean. Probably some of the weeds growing in your yard, fields, or even cracks in your sidewalk are medicinal. Many of the plants you ingest regularly in food and drink have medicinal properties. Who knew there was a different kind of drugstore—a vital and ancient one—all around us?

About the author: Beth Judy has written, voiced, and produced The Plant Detective, a nationally distributed radio show from Montana Public Radio about medicinal plants, since 1995. Her coloring book Medicinal Plants of North America shares some of this cool information with kids. 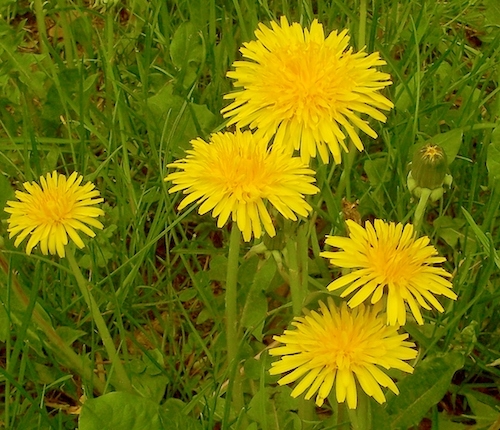 Bright yellow dandelions were brought by early American colonists who grew them in their gardens, because they were an important medicine.