Clearcutting: removing all the trees in a given area...more 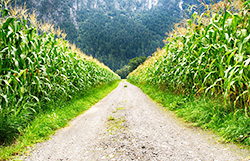 Fields that grow only one type of crop, like this corn field, are part of monoculture ("one-grow") farming. Image by Johann Piber via Pexels.

You are walking along a road through farmland. On your left there are sunflowers as far as the eye can see. Their tall stalks reach for the sun with their bright yellow and black faces tilted up toward the sky. On your right there are equally tall stalks of corn, their silk spilling from the corn husks and their leaves bending under their own weight.

Though the land is full of plants, it used to have even more diverse species. Many of the plants and animals that used this area were removed or chased away when it was changed into farmland. Those plants and animals were making the ecosystem healthy and keeping nutrients in the soil. But, if uses like farming stop, some of those plants and animals may come back on their own. This is an example of rewilding that can happen naturally.

Natural Succession in the United States

Natural succession is happening in the forests of the North Eastern United States, in the White Mountains in New Hampshire. When European colonists came to America, many of the forests in the North East were completely cut down. Mountains that were once covered in trees that lit up with fiery colors in the fall became large mounds of dirt spotted with tree stumps. Now the trees have grown back on their own, and the ecosystems have restored themselves over time. Some tree harvesting takes place in the White Mountain National Forest, but it is not clear cutting. Instead, the loggers cut down trees in a way that leaves most of the trees in place to help keep the habitat and ecosystem healthy. 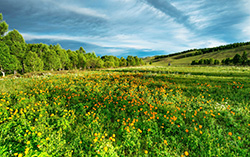 In this field, farming has stopped to allow more diverse plants to grow naturally. A variety of plants will help improve the quality of the soil and attract more diverse animals. Image by Pixabay via Pixabay.

Some farmlands have had ecosystems recover in the same way as the White Mountains, by leaving them alone. When farmland is abandoned it will slowly grow different plants rather than just a single crop, and more animals and insects can move back to the area. Some subsistence farming builds off this principle and will constantly move where planting happens on the land so that the land can rewild. Allowing plants that aren’t farm crops to regrow in a farm field will actually help restore nutrients to the soil and make it better for farming later.

Natural succession is the easiest of the rewilding options. Not interfering with land so that plants can grow back as they will, and animals return at their own rate. It doesn’t cost anything and just requires people leaving nature to heal itself.

Field of California poppies image by lswaters1968 via Pixabay. 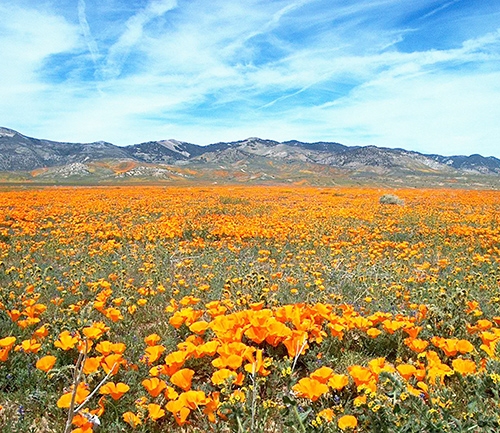 California poppies grow wild across this plain. Natural wildflower fields like this help to keep nutrients in the soil balanced with a variety of plant types through the year.