Cellulose: the structural material found in the cell wall in most plants. Cellulose is used to make many products, including paper and cloth... more

Light-dependent reaction: the first part of photosynthesis where (sun)light energy is captured and stored by a plant... more

Starch: made by all green plants and used to store energy for later use... more

In with One Energy and out with Another

The light-dependent reactions take place in the thylakoid membrane, inside chloroplasts. Since they are light 'dependent' reactions, you can guess that these reactions need light to work. Remember that the purpose of this first part of photosynthesis is to convert sunlight energy into other forms of energy? 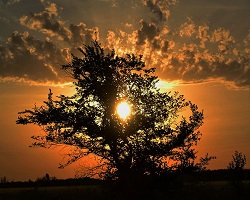 The light-dependent reactions of photosynthesis require sunlight. Image by Mell27.

A Recipe for Energy

Plants need water to make NADPH. This water is broken apart to release electrons (negatively charged subatomic particles). When water is broken it also creates oxygen, a gas that we all breathe. 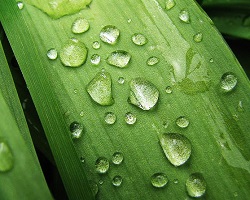 Water molecules are broken down to release electrons. These electrons then move down a gradient, storing energy in ATP in the process. Image by Jina Lee.

Photosystem I and II don't align with the route electrons take through the transport chain because they weren't discovered in that order.

While at photosystem II and I, the electrons gather energy from sunlight. How do they do that? Chlorophyll, which is present in the photosystems, soaks up light energy. The energized electrons are then used to make NADPH.

How does something like air become the wood of a tree? The answer lies in what makes up the air. 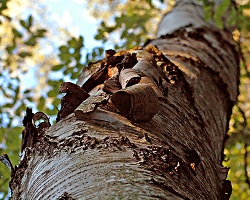 How can the air surrounding a tree be turned into tree material? Through a complex set of reactions that use the carbon from the air to make other materials. Image by André Karwath.

Parts of the Calvin cycle are sometimes called light-independent reactions. But don't let the name fool you... those reactions do require sunlight to work.

The protein RuBisCO also helps in the process to change carbon from the air into sugars. RuBisCO works slowly, so plants need a lot of it. In fact, RuBisCO is the most abundant protein in the world!

The products of the Calvin cycle are used to make the simple sugar glucose. Glucose is used to build more complex sugars like starch and cellulose. Starch stores energy for the plant and cellulose is the stuff of which plants are made. 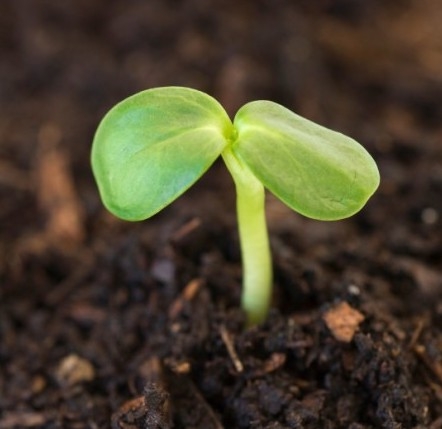