If You Give a Mouse McDonalds... 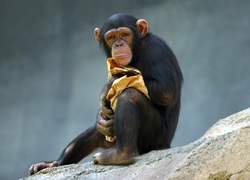 Humans and chimpanzees have a common ancestor that lived only a few million years ago. That isn't as long as it may seem, because mammals have been around for about 200 million years. Scientists wanted to know how certain primates, like chimpanzees, evolved differently than other primates, like humans. It seems that diet may be one of the most important things that made humans evolve differently. In the PLOS ONE article, “Human and Chimpanzee Gene Expression Differences Replicated in Mice Fed Different Diets,” scientists use mice as an example to explore changes in the diet-related genes of chimpanzees and humans.

A Little Bit About Genes

DNA is like an instruction manual for everything that goes on in your body, and genes are the individual instructions. Genes make you look the way you do, but they do lots of other things too.

For instance, imagine you have a sister with the same gene for digesting milk as you, but you drink more milk than she does.  Your milk-digesting gene will send out different instructions than your sister’s milk-digesting gene. Diet really does make a difference.

Scientists wanted to conduct an experiment to see just how important diet is to the evolution of humans versus apes. Because they can’t experiment on humans, instead the scientists fed four groups of mice special foods to mimic different diets: 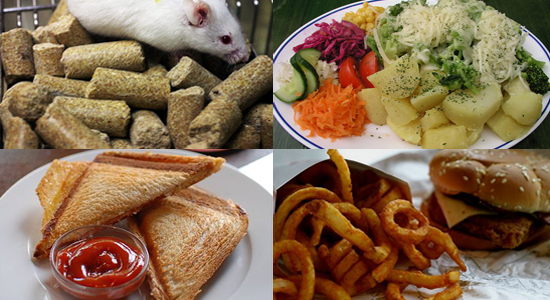 Even though all the mice had the same DNA, it doesn’t mean they had the same genes expressed. Remember when we said that diet makes a difference? Well after two weeks the scientists measured genes in the livers and brains of the four different groups of mice. By looking at how genes differed between the groups, scientists could see how diet changed the way the mice’s DNA was expressed.

When the scientists checked the genes being expressed in the mice’s livers and brains, they found that the diets did not affect the brain. All the mice still had the ability to make the same mouse decisions. However, there were big differences in the liver genes. Your liver is an organ in your body that helps digest food, so it makes sense that diet impacts the liver. In the mouse livers, 830 genes were affected, which means that 6.3% of the genes expressed were different depending on what kind of diet the mouse ate. 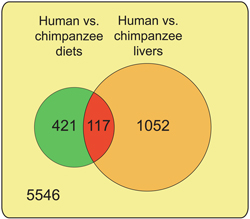 This is an image from the article that shows the 117 liver genes affected that were the same across mice, humans, and chimpanzees.

After experimenting with the mice, scientists then looked at liver genes in both chimps and humans to see which ones were the same. Once they found the genes in common, scientists compared them to the mouse genes as well. There were 117 genes shared between chimps and humans that were expressed differently in the mice depending on the kind of food they ate. By feeding the mice human and chimpanzee diets, the scientists were able to see differences in the mice’s gene expression. Those differences were the same as the differences between chimpanzees and humans.

What Do Mice Have to Do with Primates?

All mammals have more genes in common with each other than, say, with a jellyfish.  Mice in experiments can give us information about humans because a lot of our DNA is the same, although not as close as between humans and chimps.

Another important result of this experiment was that the scientists showed how mice could be used to show the differences in gene expression between chimpanzees and humans.  That means we could use an experiment with mice to discover other differences between humans and our closest living relative, the chimp.

Who knows, maybe you could be the one to figure it out.

Samantha Hauserman. (2012, February 07). If You Give a Mouse McDonalds.... ASU - Ask A Biologist. Retrieved February 2, 2023 from https://askabiologist.asu.edu/plosable/if-you-give-mouse-mcdonalds

Samantha Hauserman. "If You Give a Mouse McDonalds...". ASU - Ask A Biologist. 07 February, 2012. https://askabiologist.asu.edu/plosable/if-you-give-mouse-mcdonalds 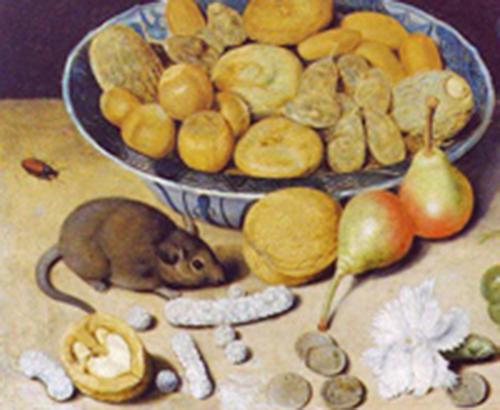 By seeing how different diets change gene expression in mice, scientists can learn how evolution between humans and chimpanzees may have occurred.
Human and Chimpanzee Gene Expression Differences Replicated in Mice Fed Different Diets
Learn how to read a scientific article