Equinox: The two days of the year when the hours of day equal the hours of night. This occurs at the same time, March and September, in both the northern and southern hemispheres. During this time, all points along the Earth's axis are facing the Sun equally.

Hemisphere: one half of a planet. Earth is divided into the northern and southern hemispheres, which are separated by the equator.

What is behind the change of seasons? No, it's not the distance from the Sun to the Earth. The answer lies in the tilt of the Earth. Click to see an animated version. 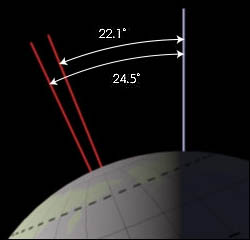 The Earth is not only tilted it also changes its tilt. This wobble shifts the tilt between 22.1 and 24.5 degrees. It is not a rapid change like a toy spinning top. It takes about 41,000 years to complete a full cycle.

The seasons are caused by the way that the Earth sits, also described as the tilt of its axis, which is like a line through the center of the Earth. The tilt of the axis changes the angle between the Sun’s rays (solar radiation) and the surface of the Earth. When the northern hemisphere is tilted towards the Sun, the days are longer and lots of direct solar radiation lands on its surface, warming the air and land.

Read more about: Singing in the Rain 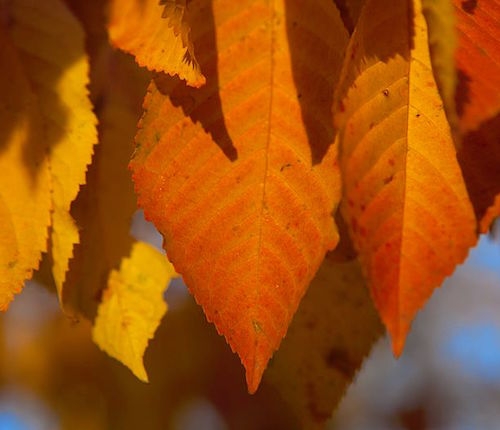 Signals of change. In some areas of the world, changing leaf color is a sign of cooler weather from a change in the season.

Singing in the Rain