Anatomy of the Tundra

Nature is never easy to understand, and the tundra proves it. Three types of tundra exist: antarctic, alpine, and arctic. The main difference between these types of tundra is their location on the earth. But they share many characteristics like cold, dry weather, which is why they’re all called Tundra.

These pictures all show different types of tundra. Click for more detail.

Imagine a scene by the mountain with sly rodents, birds, and large mammals moving about the area. That’s what you’ll most likely see in the alpine tundra – “alpine” meaning mountains. 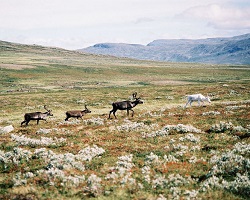 A small group of caribou, also known as reindeer, wander through the tundra. Image by M @ rkus.

This type of tundra is mostly in the northern hemisphere. It includes landscapes from mountain ranges into stretches of flat, cold desert. Only when you go farther south to the subalpine terrain will you reach the boundary where trees start growing (also known as the “timberline”).

In warmer weather of the alpine tundra, the situation improves and the landscape transforms into a sea of color where tundra-adapted plants and animals thrive. The alpine tundra doesn’t have permafrost, so soil can better absorb water. Because of that, alpine tundra is livable for plants and animals, like marmot, mountain goat, sheep, and upland ground birds. These animals and others migrate through this area over the course of the year. Seasonal climate changes make a world of difference to the tundra’s occupants. 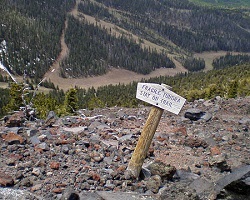 At the top of Humphreys Peak, a mountain in Arizona, is alpine tundra. Click for more detail.

Even though alpine tundra is always below zero at night, it’s not as cold as the Arctic. In the arctic or “polar” tundra, water from the ocean and pools on the ground freeze up, forming expanses of white ice over the ground. In the arctic, there is permafrost. The bare and rocky land supports low plant and animal diversity. Some groups of people live off the land by herding caribou. 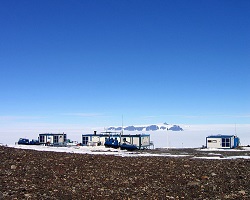 Antarctica is the southern-most continent on the globe, and the edges of Antarctica are partly made up of antarctic tundra. Antarctica has many mountains and volcanoes, too. No people live there permanently, but scientists have set up research stations to study things like how organisms survive in extreme climates. It’s pretty inhospitable on the fields of ice, yet seals, birds, and many sea creatures survive there. 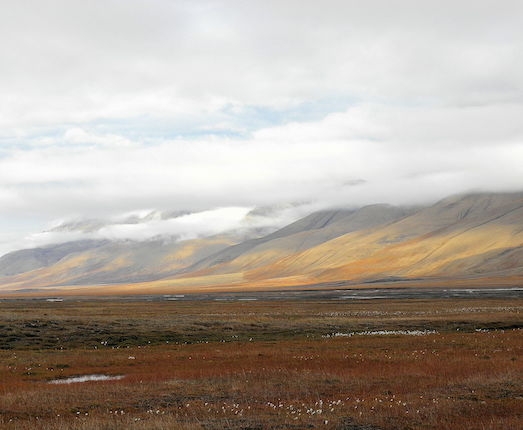 The tundra covers a wide range of land types, from mountains, to slopes, to flats, as seen here in the Svalbard tundra of Norway.