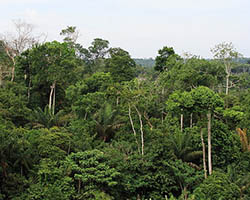 Rainforests do not experience winter or any of the other four seasons. Image by Ben Sutherland.

We use seasons as a way of dividing up the year, but not all places on Earth experience seasons in the same way. However, no matter where you're from, you will notice that certain things—hours of daylight, the weather, the environment—change as one season flows into the next.

Waiting for the Rain

At the end of June, the skies begin to rumble. After months of dry and intense heat, dark clouds thicken and blot out the smothering afternoon sun. Drops of rain splatter slowly at first but then quicken into torrents and flood the streets. 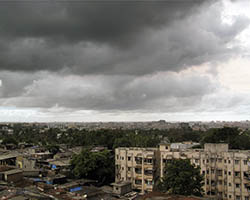 The monsoon winds are part of the rainy season in many places, like Mumbai, in India. Click to enlarge.

Monsoon season has arrived in Mumbai, a city in the tropical region of India.

Tropical areas like Mumbai are close to the equator, so they do not experience dramatic changes in daylength or temperature through the year. Instead, they experience changes in rainfall rates and usually have wet and dry seasons.

In areas between the polar and tropical regions, daylength, temperature, and rainfall change through the year. These changes give rise to the four seasons of spring, summer, autumn, and winter. 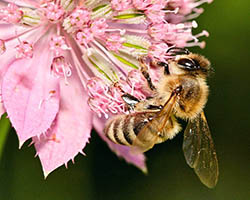 In spring, plants are in bloom and insects are more active. Click to enlarge.

Lengthening days and warming temperatures mark the end of winter. The warmth in the air melts snow, thaws lakes and rivers, and may trigger storms. With this new abundance of warmth and water, plants grow and bloom and insects begin to buzz and swarm. Many animals reproduce during spring because of the increase in greenery and swarming food.

As days continue to grow longer and temperatures grow hotter, spring heats up into the hot, stuffy days of summer. Summer is the time when the sun beams most directly at the earth under your feet. Many animals with breeding seasons will stop mating midsummer so that they can raise the last of their young before the hot summer temperatures fall to cooler autumn days.

Autumn is a season of preparation. As days shorten and temperatures drop, both plants and animals set up for winter. Deciduous trees drop their leaves and squirrels fatten up for hibernation. Cultures around the world celebrate autumn by harvesting their bountiful summer crops before winter comes.

With the surface only receiving indirect sunlight, winters in many temperate plates are characterized by freezing temperatures and very short daylengths. Most plants and animals prefer to avoid winter. Animals hibernate or migrate to warmer climates. Those that stick around avoid the cold by piling on thick layers of fur or fat. Many plants enter dormancy until spring arrives and the ground begins to thaw. 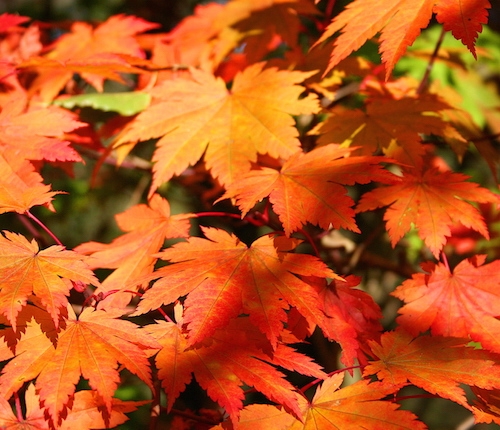