In 2008, the news warned that the giants were coming. Huge long legs would push through the water, stomping around in the chilly depths of the Antarctic Ocean. Three years later, underwater videos revealed crowds of enormous spiny legs scuttling across the cold ocean floor. 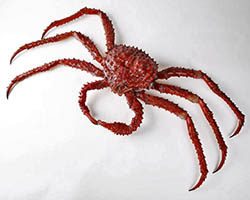 Giant king crabs are having to shift their habitat to find cooler waters. Image by The Children's Museum of Indianapolis.

An invasion was starting. But just what kind of giants would invade the ocean? Giant crabs. Each year, giant king crabs march closer and closer to the Antarctic Peninsula into a delicate ecosystem that is not prepared to welcome them.

But why are these crabs moving closer to the Antarctic? Are they trying to satisfy a taste for destruction by eating all of the local starfish, sea cucumbers, and brittle stars? No, they are simply seeking cooler waters. The water temperatures from their original homes have warmed up too much for them to live in.

Be Wary of Warming

It's true, the earth is warming up.  Between 1900 and 2000, global temperatures rose about 1.3 °F (0.7 °C). The U.S. National Oceanic & Atmospheric Administration's State of Climate ranked 2000 to 2010 as the warmest decade on record. But if you're trapped in the middle of something that the weather channel calls "a historical winter storm," you may have a hard time believing in the reality of global warming. 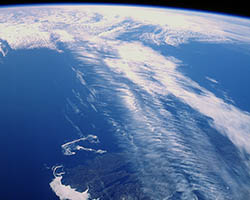 When thinking about global warming, think bigger. Think broader. The Earth is not just warming up—its entire climate is changing. A weirdly warm winter in one place may trigger a weirdly cool summer in another place.

The weather around the Earth is connected by winds that stream high up in the atmosphere. These jet streams circle around the Northern and Southern Hemispheres in specific patterns.

Who Cares About a Few Degrees?

If someone cranked up the thermostat in your room by 1.3 °F, you probably wouldn't notice too much. Therefore, a 1.3 °F rise in global temperatures over the past century may not seem like a big deal. This small and slow rise in temperatures, however, is wreaking our planet’s wildlife.

Let's take a look at a few examples: 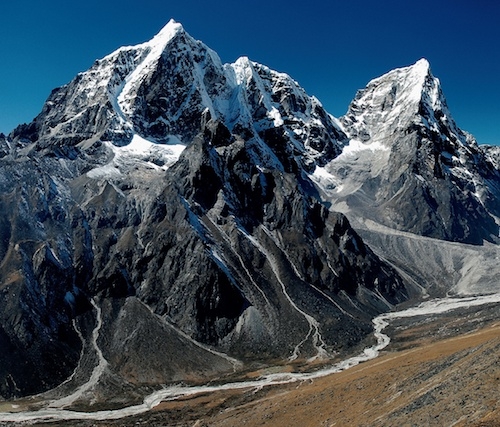 The weather is getting a bit wacky in some places. In Nepal, the temperature is warming and melting glaciers.