Mendel: Gregor Mendel (July 20, 1822 – January 6, 1884) Augustinian priest/monk and scientist who is credited as the father of genetics for his work on pea plants... more

Mendelian genetics: primary rules relating to the inheritance of characteristics from parent organisms to their offspring. Based on the experiments of Gregor Mendel and his work with garden peas... more

Professor Ron Rutowski talks about his career path that brought him to biology while still keeping music in his life.

There is not a single path for becoming a biologist. In the case of Professor Rutowski, his first real interest in biology was a report he did in sixth grade. That report was on Mendelian genetics. Later his interests shifted away from the lab oriented work that Mendel had done and into more field-oriented biology that included natural history and especially birds. “I love being outdoors and spent a lot of time hiking about in the Santa Monica Mountains and the beach in West Los Angles.” 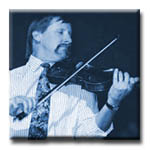 His early interests in grade school and high school lead him to study animal signals and communication when he attended college. For a senior thesis he wrote about vocalization of coots, which are type of water fowl. It is also where he began to really think about a career in biology and becoming a university professor. “The research and teaching opportunities as well as the creative freedom and intellectual stimulation of the university environment struck me as a great way to live and work as a biologist.” And so his path began to direct him towards graduate school where he expected to study birds, but instead took a slight curve when his interest in butterflies and how their coloration were important to their courtship and mating.

This interest continues today at ASU, where he has been since getting his first faculty position in the department of Zoology. He was 26 and beginning his first position. Since then he has published papers in many scientific journals, taught undergraduate classes, and directed the undergraduate research programs, including the UBEP and SOLUR programs. He has also maintain a strong musical career as a fiddle player in country western, folk, bluegrass, jazz, and rock bands. He released a solo album titled Violinalone in 1990. As Rutowski describes his other life in music, "It is my evil twin." A life that his wife says he is addicted to. For him, playing and performing is his way of keeping a balance in his life. "Being able to go out and perform in gigs is so removed from academia that it is refreshing."

What advice would he have for young scientists? “Always keep in mind that what you are doing at any given time. Whether it is a school report, apply to college, or observing the world around you, these are all a means to an end and not an end in itself. The focus of my career path worked and continues to work for me. But it is not the path to success or happiness for everyone.” I guess you would say that everyone will have a slightly different path, but if you enjoy the road you are on, it will be filled with happiness and rewards.

So where is your path going today? 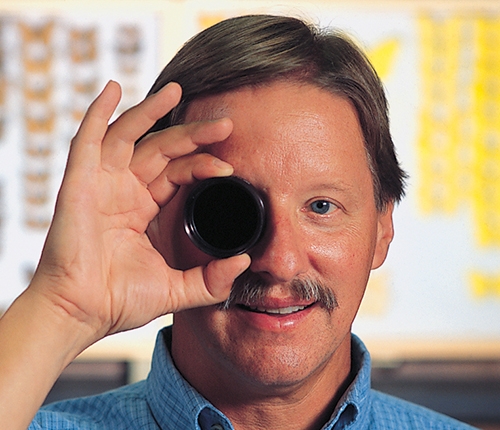