Has anyone ever told you that you have your mother’s dimples, or your father’s nose? Have you ever wondered why you are a particular height, have curly hair, or maybe green eyes? All of these questions can be answered with one word – genetics. 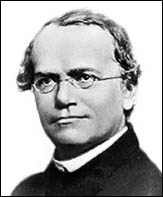 For almost 200 years scientists have been learning about genes and how traits,like the freckles on your face, are passed along from parent to child. Before that time, farmers knew that if they mated two animals or plants with a desired trait, the offspring was likely to have that trait. What the farmers did not know was how this was happening. It was a mystery that would remain until Gregor Mendel began studying the traits of peas.

Born on July 20, 1822, Mendel was the only son of a peasant family in what is now called the Czech Republic. Even at an early age Mendel liked to ask a lot of questions about the living world. He also had a lot of interests including physics, botany, mathematics, astronomy, and beekeeping. By the age of 23 he graduated from the Philosophical Institute in Olomouc. It was while studying at the Philosophical Institute his physics teacher recommended he join the Augustinian Abbey of St. Thomas in Brno.

Life in the Monastery 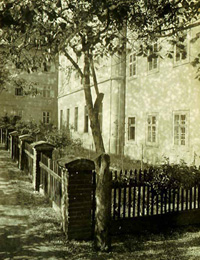 Once at the Abbey, Mendel followed his interest in science and also teaching. He designed an extensive experiment using peas. It would be these experiments that would help solve the mystery of traits and how they were passed from parent to offspring. With the support of the chief friar and his fellow friars, Mendel used a section of land next to the monastery to carry out experiments in his garden. Using pea plants, he would spend years experimenting to find out how traits were passed from parent plants to their offspring.

At the time many scientists thought traits from both parents mixed together to become a new, completely blended trait in the offspring. This was called blended inheritance and was not unlike combining two colors of paint. When the colors are mixed they make a new color that can no longer be separated into the two original colors. The problem with blended inheritance is it could not explain certain things that could be observed, such as traits that sometimes skipped a generation, or how two people of medium height could have a child who grew up to be much taller than they were.

A New Model of Inheritance 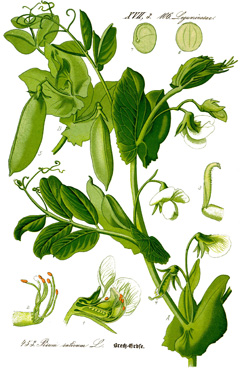 Mendel’s experiments with peas were able to disprove blended inheritance and show that genes are actually discreet units that keep their separate identities when passed from generation to generation. One of the reasons for the success of Mendel’s experiments was that they were very carefully designed and controlled. This was possible due to his strong understanding of the natural world and the life cycle of plants. Mendel also kept detailed notes of everything that he did and what he observed. In addition, Mendel was familiar with both mathematics and probability. This knowledge is what allowed him to see patterns in the outcome of his experiments and realize what those patterns meant.

The entire set of pea experiments took eight years to complete (1856-1863). In 1865, Mendel published his findings in a paper called Experiments on Plant Hybridization, which was mostly ignored at the time due to a number of reasons. First, Mendel was not well known in the scientific community. Second, his theory ran against the popular model of blended inheritance. His work also used mathematics and probability, which was a very unusual way to approach a scientific problem at the time and difficult for many people to understand.

It was more than thirty years after Mendel’s paper was published until the importance of his work was truly appreciated. Mendel's experiments are a good example that scientific discoveries are sometimes slow to be added to the collection of scientific knowledge. It took time for the community to fully understand his work and the methods he used to unlock one of the early mysteries of genetics. It is also interesting to know that while Mendel was a great thinker and scientist, he also failed two of his major exams needed to become a teacher. Many believe he had terrible test anxiety when taking exams. You could be someone that has similar problems when facing a big test. Just knowing that there have been and still are people that have the same problem might be helpful when you take your next exam. 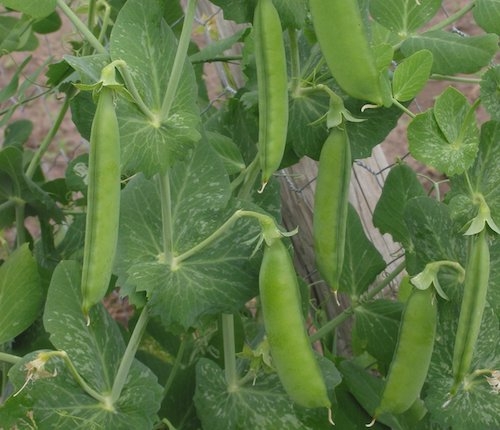 Mendel used the common pea plant for his studies of genetics.