Formative: having a strong and lasting effect on a person's development.

If you're supposed to know what you want to be by the time you get to college, no one ever told Kevin McGraw. In his first years of college, he knew he liked science, especially environmental and conservation biology, but what direction he would take was not clear.

It was not until he was in Costa Rica that he found his direction literally staring at him from the forest. He was enjoying his morning breakfast in a small café when he saw his future through the window. It was during this trip to the Central American rain forest that he had, as he described it, “an eye-opening experience.” 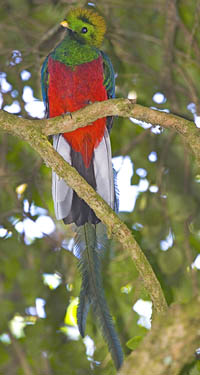 What opened his eyes? It was a bird he spotted in the rainforest. Not just any bird, this one was wearing bright blue and green feathers and had a brilliant red chest. It was a Resplendent Quetzal! The bird is a national symbol and is very elusive. McGraw calls it a formative experience to see such a magnificent creature that has been seen by few people.

"It was definitely one of those wow moments, and it was early on in my career," he said.

That winter trip was part of his undergraduate education in biology from St. Lawrence University in New York. He graduated in 1997 and went on to earn a Master's degree in Zoology from Auburn University in 1999. His next career step was Cornell University, where he earned his PhD in 2004.

Now an associate professor in the School of Life Sciences, McGraw leads a team of researchers studying the effects of urban environments on local birds. He says experiences like the ones he had in Costa Rica and throughout his science education paved the way for his success. They allowed him to focus on the types of research projects that interested him. When it comes to his job, he says he truly enjoys the work for two reasons.

One is "The freedom to explore things that are compelling and interesting and curious to me," he said from his office that looks out into the lab where students are busy analyzing samples from a current experiment. "I get to make my own career and take it in different directions with each new school year and research project," he said. 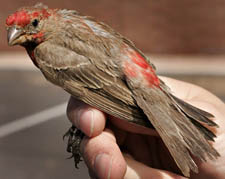 The second thing he finds so appealing with his work is the ability to help others realize and understand the importance of his research findings. "I love the writing," he said. "and the ability to sell the research that we do. It's an important part of communication and advancing the public’s understanding of science. It’s one of my favorite parts of research."

He also loves the day-to-day variation and flexibility his career offers. One day he can be out in the field observing or catching birds, and the next day he can spend hours in the lab, analyzing and discovering the secrets hidden in the samples collected. Then, he gets to spend his time explaining and teaching that information to others.

It's the variety of his job that keeps things fresh and keeps him from getting burnt out. The best part of it all: he gets to choose which of those activities he wants to work on at any given point in the process. "If I keep my hands in enough things – every week, every day, every hour is different" he said. 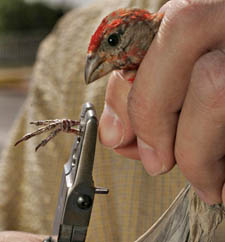 Maybe not the typical budding biologist, McGraw loved sports as a child, which he said also grew into an interest in statistics. By the time he was five years old, he was reading the sports section of the newspaper and collecting data that he would use later to play his own simulated baseball card games. His early interest in data collection has translated directly to his current career. Now that love for raw data helps him analyze results that he can use to make predictions and also spot trends.

McGraw eased out of his dislike for writing by developing a need to explain the findings of his experiments. Now, he's even involved in the editing process for scientific journals and he's also published two large edited books on bird coloration.

In any case, it's easy to understand that the opportunities offered to him throughout his education shaped the scientist, teacher, and person McGraw has become.

"My career experiences just keep getting better," he said. "I'm really thankful for the diverse opportunities afforded to a professor."

Except where noted, photographs by Tom Story. 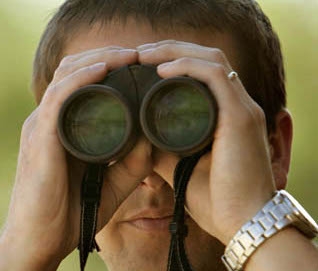 Kevin McGraw didn't always know he was going to be a biologist.