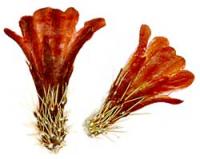 "I think the real objective should be to find out what exists in the world and then make intelligent decisions about how to preserve it." -Leslie Landrum, Herbarium Curator

Tucked away inside steel-gray cabinets in the Life Sciences Building is a different kind of library known as the ASU herbarium. The stacks upon stacks of color-coded folders contain more than 210,000 plant specimens -- a kind of botanical history of Arizona and the world. But behind the herbarium's staid appearances, a race is on to find and document Arizona plants before they vanish forever. It's important work because any valuable properties the plants might possess would be lost along with them.

It's a daunting task. The definitive reference book on Arizona plants is nearly four decades old, and the efforts to update it are being led by a group of aging botanists battling the clock on another front. Knowing what plants are out there is the most basic level of botanical understanding, herbarium curator Leslie Landrum says. And without knowing what exists, it's impossible to know what needs to be preserved. 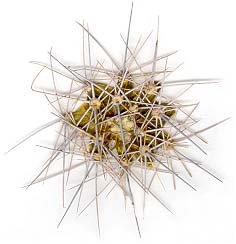 "We don't know what's going to be valuable," Landrum said. "Who knew 10 years ago that the Pacific yew contained a chemical that is useful in chemotherapy?"

Preserving specimens in an herbarium is valuable in that it creates a permanent record of what life was like, Landrum said, but there's nothing to suggest that scientists will ever be able to recreate lost species from the dried specimens.

"I think the real objective should be to find out what exists in the world and then make intelligent decisions about how to preserve it," Landrum said.

The ASU collection contains vascular plants, those that draw water up through a stem. They include flowering plants, cactuses, trees and shrubs, everything we usually think of as plants, except mosses, lichens and algae.

About 40 percent of the specimens are from Arizona, dating from the late 1800s, when ASU's first science professor, Frederick Irish, began the collection. Dried, mounted on acid-free paper and cataloged, these specimens will be preserved for hundreds of years.

What's worrisome to botanists is they haven't been able to find some of the plants represented in the early collections, suggesting that they may have disappeared from areas where they once grew. The reason isn't clear, Landrum said, but it probably has a lot to do with urban growth. Like most riparian areas, he said, downtown Tempe once was thick with mesquite, poplars and willows, but those disappeared after the Salt River was diverted for agriculture. For example, one specimen of Cephalanthus occidentalis can't be found in Tempe anymore. That kind of loss is behind Landrum's desire to document Arizona's flora before it's too late.

It's an enormous undertaking. Botanists still rely on Arizona Flora, written by Thomas H. Kearney and Robert H. Peebles and published in 1942.

"If you want to know about plants in Arizona, that's the bible," Landrum said.

"And it's about as easy to understand." The book was updated in 1951 and republished with a supplement in 1960, but nothing has been done since then. And the information it contains is limited.

"Every day, I admire them more for what they did," Landrum said, "but it's time for something better." 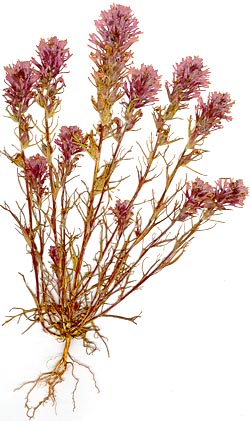 With fellow ASU botanist Donald Pinkava and two botanists from the University of Arizona, Landrum is working on a new book to update and expand upon the work of Kearney and Peebles, including more complete plant descriptions, illustrations and distribution maps. About 100 specialists are contributing to the project, but the going has been slow. At the current rate of about 100 species per year, it will take an additional 30 years to complete.

Landrum and Pinkava have taken over the editorship of the Journal of the Arizona-Nevada Academy of Science, where they have been publishing the work in pieces. That way, the parts that have been completed are available immediately and the scientists who have completed the work can get credit.

Part of the reason for the slow going is that none of the collaborators can work full time on the project. And editorial board members are getting on in years. Landrum, 52, is the youngest member. Pinkava is 65, and the two members from UA are retired. It worries Landrum that such basic research that is so badly needed is not seen as glamorous enough to attract younger scientists.

"They don't think they can get tenure," he said. I think the real objective should be to find out what exists in the world and then make intelligent decisions about how to preserve it. 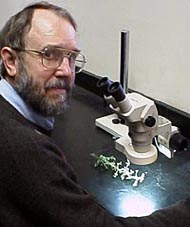 Activities to try with and without a computer:

Here are some other places to read and learn about herbariums.

There are hundreds of sites on the web, but their web addresses often change. It is best to look for them with search engines like Google using the key words herbarium, pictures, images.  Try using a combination of the words to get the best results.

From the Audubon Society Collection:

The Audubon Society Field Guide to North American Trees,
Published by Knoph.
(Their are multiple regions to pick from)

The Audubon Society Field Guide to North American Wildflowers,
Published by Knoph.
(Their are multiple regions to pick from)

The text of this article used with permission of the Arizona Republic. The original title was Herbarium Catalogs Plants to Try to Harness Valuable Data. 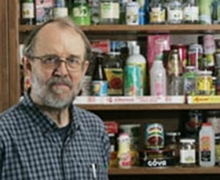 Les Landrum with just a few of the unique products made from plants.