Unicellular: living things that only have one cell such as bacteria... more

From an early age, Susanne Neuer wondered what was lurking beneath the surface of the water. Growing up in Germany, she spent much of her free time trying to find the answers. Her curious nature has remained ever since.

Today she spends most of her time looking for the answers about life under the water’s surface. As an associate professor in the School of Life Sciences at Arizona State University, Neuer runs a team of researchers and a lab dedicated to studying the organisms found in the world's water bodies.

Sitting in her Tempe, Arizona office, Neuer says that even though it may seem odd to have a marine biologist living in the desert there are up- and downsides.

Students in universities, where there's no immediate connection to the oceans, often overlook the importance of what goes on in the waters.  She aims to change that. "I felt a calling to teach oceanography because it's so important—it's three-quarters of the entire earth," she said.

"Many parts of the deep oceans are more unknown than the surface of Mars," she said. She suggested that Mars may actually be easier to study in some respects because researchers can use telescopes, satellites and surface rovers like Spirit and Opportunity to collect many kinds of information.

For deep-water explorers it’s another story. In the deep ocean there are extreme pressures making it hard to build equipment that will work in the difficult environment. In these places scientists use particle traps, current meters, thermometers, cameras and pressure meters to learn about this mostly dark and cold world. Most instruments measure the conditions within parts of the ocean, but with little information about the biology in deep-sea environments.

The desire to discover the unknown is nothing new to Neuer. As a child, she would spend time in the forest, collecting samples to study under a microscope bought with money she saved while working in a florist shop when she was just 13.

"I would go with my bike into the forest where we lived in the Rhine valley, and I would find some bogs and go sample" she said. "I would be all alone out there. I am glad that I had this great freedom."

Eventually, she was drawn in by the microscopic, unicellular organisms called plankton. From that interest grew the love of oceanography that drives her career today. "I did a high school thesis on comparing different ponds and the vegetation around the ponds, so I knew pretty early as a teenager that I wanted to go into biology and into marine biology and I wanted to become a plankton expert."

Want to learn more about plankton? Read about these amazing creatures in Invisible Watery World or take a close-up look in our Zoom Gallery.

How can a marine biologist work in the desert southwest? 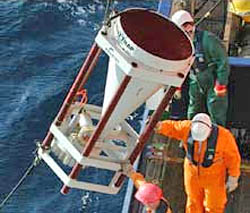 Being based in the desert has hardly limited Neuer’s ability to study the microscopic organisms she fell in love with in her youth. Using satellites orbiting the Earth she is able to gather data about plankton that she can use in her laboratory at ASU. Part of her work with particle traps involves studying the effects of deep sea nutrients and currents in the Atlantic Ocean on the growth of plankton, She is also involved with research projects that focus on environmental issues, including how toxic algae are affecting water quality in the Phoenix area.

Beyond her research work, Arizona State University also opened the door for her to work on another passion, advocating the equality for women in science. "Back in Oregon, I became a member of the Association for Women in Science (AWIS)," she said. "And here, [in Arizona], I became involved, and I am currently the president, of the local chapter for AWIS. I'm also on the board for the national AWIS."

She said her work with the group allows her to work with other female scientists to pool their resources and help break down the old stereotype that women don't belong in science. They work for equal pay, equal rights, and against discrimination of women in science, technology, engineering and math fields.

It's important for all women, and especially young girls, to know and understand what the work as a scientist is all about. "There are so many obstacles along the way that are unintended," she said.

She uses what she learns from teaching to help with her AWIS duties and she brings what AWIS teaches her into the classroom to try help younger students understand the issues as well. "One of the things that women's organizations like AWIS try to do is enhance the awareness of those pitfalls that still do exist."

It's clear Neuer is the type of person who is enthusiastic about her job and how it relates to what she does both inside the lab and out. She gets to study a subject that she loves and even gets to help other scientists, new and seasoned, experience the same.

She has taken part in more than 20 cruises, serving as chief scientist on five of those trips. While she does get to venture out onto—and into—the deep blue, she puts a lot of stock in the work she and her colleagues do behind the microscope and in the lab. She says most of the important work and most of her time spent working is in the lab.

"Most of your life as a marine scientist is behind your computer," she said.

Although she points out her job isn't as some young children might fantasize—only being out adventuring and discovering on a research vessel or scuba diving in some remote location--she's content analyzing data in a lab. After all, she said, it's just what she expected.

"Having to study it, having to learn it, taking the exams and doing the lab work, it was bliss," she said. 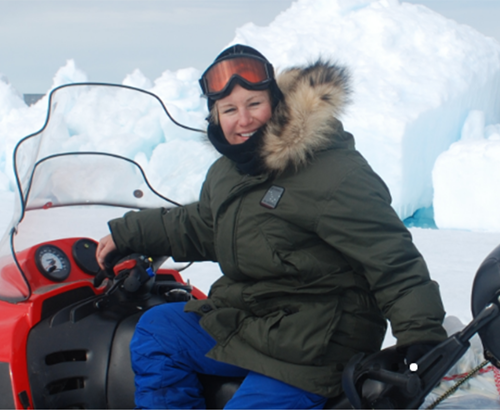 A Breath of Fresh Ocean Air