Homologous: having the same position or structure.

Locus: the position of a gene on a chromosome. Plural is loci.

A Map of Genetics 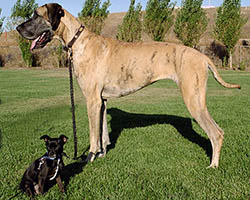 These dogs are very different, but they belong to the same species. Image by Ellen Levy Finch.

You visit the local dog park and see a Great Dane towering over a Chihuahua. The two dogs couldn't be more different. But they are both from the same species. Organisms that share genes don't always look similar. So what is it about genes that can make individuals look different?

Sometimes it can be hard to remember what's what when studying genetics. You have chromosomes, loci, genes, and dominant or recessive alleles. Then you also have other ideas like genotype and phenotype. How can you remember all of it? Let's take a step back and try to think of it in a different way.

A Parking Lot of Genes 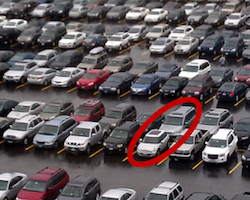 A chromosome is like one long line of cars (alleles), parked in pairs (each pair symbolizes a gene, here circled in red) in a parking lot (the chromosome). Image by Algot Runeman.

Think of a chromosome as a huge parking lot. It has thousands of spaces. Sexually reproducing animals usually have paired chromosomes. You can think of these as the two lines of parking spaces you see in most parking lots. Each space is called a locus, meaning the location on the chromosome. A specific locus is home to a specific gene.

Genes are responsible for how your body is built and how it works. Some genes made it so you have a specific eye color. Others work together to help you digest foods. In the parking lot, we can think of a gene as a specific kind of car. For the most part, one car type usually fits in one specific spot.

But wait… if we have specific cars (genes) parking in specific parking spaces (loci, the plural form of locus), how are anyone's genes different, especially in people who are related? How does a boy have brown eyes while his sister has blue eyes? This is where we get to alleles.

Chromosomes are paired, with one allele for a specific gene on each homologous chromosome. Click for more detail.

There can be different forms of the same gene, and these forms can cause different eye colors, for example. These forms are called alleles.

In sexually reproducing organisms (like humans), two alleles will be present for each gene. One allele is inherited from each parent. If we think back to our paired chromosomes, one allele is on each chromosome at that particular locus. In our parking lot example, spots are paired, just like loci on our homologous chromosomes. Alleles are the different colors of a type of car that might park in a certain space (locus) in the parking lot (chromosome). 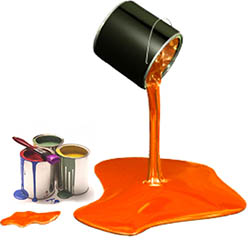 Dominant alleles work like a coat of a dark paint. They don't let the recessive alleles show through. Image by YoctoArts.

We can think of these as paints for each car. Dominant alleles are very dark colors, let's use black for now. Recessive alleles are barely colored, almost clear. Let's use one that has a purple tint for this example.

But what would happen if you had both the black and the clear-purple? The car would still look black, right? This is the effect of a dominant allele. If the dominant allele is present, it decides how the trait appears. Be careful in thinking about this example though…realize that dominant and recessive genes only really work in this example if one of the paint colors is clear.

Some Genes You See, Some You Don't 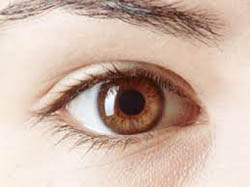 This leads us to the last part of genetics we're concerned with right now. What we see, versus what is present in the genes. In the car example above, when black and clear-purple were mixed, the car looked black. This was the phenotype—it was what we saw in the trait. Think of the ph- as meaning what we ph-ysically see.

If we wanted to know whether or not the car had any clear-purple paint mixed in, we'd have to look at the second allele that was involved. The actual alleles that are present in a living thing is called the genotype. 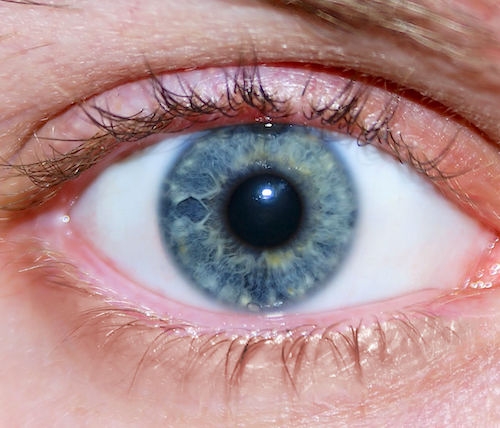