Allergy: the reaction (sneezing, watery eyes, itching) our bodies sometimes have to things like pollen, dust, and molds....more

Irritants: things that cause our body to react usually with our body defense system (immune system).

Why Do They Call It Hay Fever? 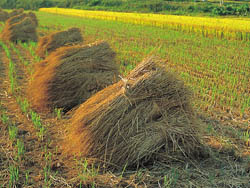 For some people during the summer months a runny nose, itchy eyes, and sneezing are part of life. The cause of these symptoms is hay fever. Just what is hay fever and is it really hay that makes some carry a pocket full of Kleenex tissues? Hay fever is one way people describe summer allergies. This the time of year when many plants are flowering and so a lot of pollen is in the air and pollen is what makes some people sneeze and have watery eyes.

Actually hay is not the problem. Many other plant pollens as well as other things like dust and molds cause allergies. Hay just got a bad name because it happens to be grown and harvested when other allergy causing plants are busy making their pollen. Because people with allergies noticed they were sneezing a lot during "haying season" the name "hay fever" was started and remains in our dictionary today.

So What Plants Cause the Most Problems for People with Allergies?

There are so many things that can cause allergies, here are just a few of the plants that are the worst.*

WebMD's Worst and Best Flowers for People with Allergies 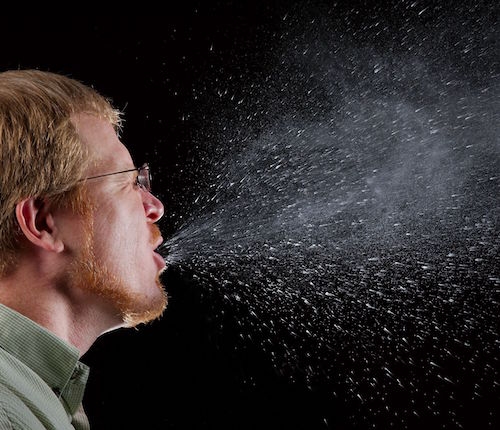 Sneeze shows droplets exiting a man’s open mouth. A good reason to cover your mouth when coughing, or sneezing to protect others from germ exposure.