A house burglar is caught in the act and in a panic grabs a heavy paperweight from a desk and hits the home owner on the head, accidentally killing him. Fearing he will be caught, he races out of the house but trips over a display of blooming tropical plants in the hallway. Hours later the suspect is arrested while trying to use one of the stolen credit cards. He claims he found the credit cards and was never at the crime scene.

His clothes, however, prove him wrong. After being arrested, he was given an orange jumpsuit and his clothing was sent to the forensic lab for analysis. A careful vacuuming of his shirt and pants reveal microscopic pollen grains that were trapped in his clothing when he brushed against the tropical flowers at the crime scene. Faced with the pollen evidence, the burglar confessed to the crime.

Most might be surprised that pollen is being used to catch thieves, illegal drug dealers, murders, terrorists, and even catching those who commit less visible crimes such as making and selling fake prescription drugs. To many, pollen is that yellow stuff that bees collect, or the material plants need to complete fertilization and produce the seeds and fruits that most of us eat every day. Some people suffer from hay fever hate pollen because it gives them watery eyes and runny noses. But, for biologists who specialize in pollen evidence, those microscopic pollen grains are important clues being used to catch crooks and murderers just like DNA, fingerprints, and gunpowder residue. 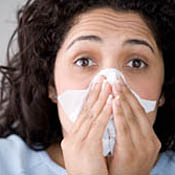 You may never have heard of pollen being used as important evidence in court cases or the scientists that study pollen and spores called palynologists (pal-in-ologists). And you probably didn’t know there were forensic palynologists out there trying to make the world safer by catching terrorists, murders, thieves, and drug dealers. The reason is that this is one of the newer forensic techniques. Although it has been used effectively in some countries, such as New Zealand for several decades, and is now being used more frequently in other countries including the United Kingdom, Australia, and Canada, it is still virtually unknown and unused in the United States.

More Than Just Something to Sneeze Over

Pollen was first used in 1959 to help solve a murder in Austria. Since then these tiny pollen grains are finding even more uses than catching criminals. One example is the U.S. Farm Subsidy Program promises beekeepers to purchase all of their unsold honey at a fair market price. When that price of U.S. honey is higher than the honey from other countries, then dishonest honey producers sometimes buy inexpensive Chinese or Argentine honey and sell it for a higher price to the government. Testing the pollen in the honey can tell where the honey was made. This information is now being used to be sure the U.S. honey subsidy program is getting exactly what it is paying for.

But, Why is Pollen Such a Good Tool for Forensics?

Many types of pollen and spore-producing plants spread a large amount of these palynomorphs into the air. Once in the air they are carried by air currents and eventually fall to the ground in a thin coating called “pollen rain.” In some areas the amount of pollen and spores that spread is so great that exposed land and water surfaces turn yellow from the pollen rain. And even though it is not an exact measurement of the types and amount of plant life and climate, this coating is a snapshot of the area and becomes its "pollen print." Pollen prints can then be used to identify and locate a region.

Pollen and spores are also microscopic in size, and can become trapped on almost any type of surface. In fact, most pollen is so small it is invisible to our eyes without a magnifying tool like a microscope. Depending on the pollen grain you could fit thousands of them on the head of pin. So a person has no idea of all the pollen they have on their clothes. This makes it is almost impossible for a criminal to remove all evidence of pollen in their clothes and belongings. A forensic palynologist can tell where the pollen or spores found at a crime scene or on a criminal came from and use them as evidence to link the suspect or an object to a crime scene.

Now if you think you can just wash your clothes or try some other method to get rid of any pollen, think again. Most pollen and spores are hard to destroy and they don't easily decay. This means that pollen and spore evidence from a region or crime scene can remain intact for years, hundreds of years, or even thousands and millions of years! As long as the crime scene evidence is handled correctly and stored safely, years or decades later the trapped pollen and spores can still be recovered and used to assist investigators.

Tools for Looking at Pollen

There are nearly one-half million different plant species that produce either pollen or spores. Fortunately, each of these species produces pollen or spores that can be identified as coming from the parent plant. In many cases a light microscope similar to one you might have used in school is all that is needed to tell the difference between different pollen or spores. However, the differences in the pollen and spores of closely related species or even related genera may appear so similar that it takes very powerful microscopes to tell the difference between pollen types. In these situations palynologists use scanning electron microscopes (SEM) or transmission electron microscopes (TEM).

See for yourself. We have assembled a gallery of pollen grains that you can look at as well as zoom with out virtual SEM microscope.

The Future of Pollen

The study of pollen continues. Each day new samples are collected, examined, and cataloged for use in many different ways. Palynologists will continue to use pollen to solve crimes of today as well as solve mysteries of the past. Some palynologists and their knowledge of pollen and plants are part of the teams of scientists that learn about long dead civilizations as well as the exploring for oil. While others spend their time examining historical fine art paintings, or help to fight terrorism. As we learn more about pollen we will certainly expand how we use these tiny clues of Nature. 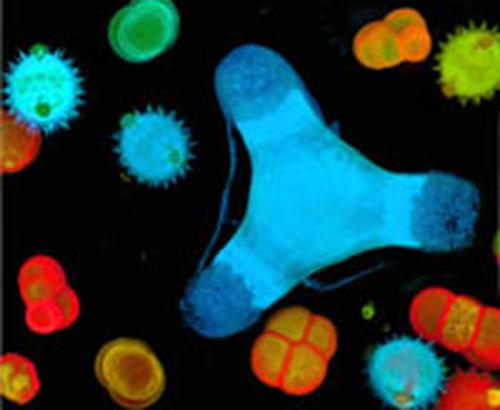 Pollen grains come in many shapes and sizes. Check out our pollen Zoom Gallery to take a closer look.