Civil Cases: court cases that are not criminal case such as divorce, ownership of property and business matters.

Conifers: evergreen trees and shrubs that usually have needle-shaped leaves such as pine trees. Pinophyta... more

Evidence: a thing or group of things used to form a conclusion or judgment. The broken door lock was evidence that a burglary had taken place.

Palynomorphs: microscopic objects such as pollen and spores studied by scientists called palynologist.

Nearly 50 years has passed since pollen was first reported to have assisted in solving a crime. It has taken this long for the law enforcement and legal community to see the benefits of forensic palynology. As the number of cases that pollen and spores are successfully used as evidence in forensic cases increases, the range of its potential uses also increases.

Recently solved criminal cases show that the forensic use of pollen and spores can be used in many different crimes. A short list of these cases show many ways pollen is now being used in the courtroom.

How Can You Tell Pollens Apart?

Successful use of pollen and spores in forensic applications may depend on the palynologist’s knowledge and experience. With almost half-a-million kinds of spores and pollen, it can take a lot of experience to tell one pollen or spore from another. One must have the knowledge of and understand plant ecology and plant communities in and around the crime scene area, or the region where pollen samples were collected.  A thorough understanding of palynology, including knowledge of the production, dispersal patterns, preservation potential, and identification of pollen and spores is essential to understand and interpret the expected total palynomorph assemblage recovered in forensic samples.

As with most types of forensic evidence, timing is critical. The sooner the palynologist is called to investigate a crime scene, the more likely quality samples will be collected. Because pollen and spores are small, light, easily recycled, and present in abundant amounts in the atmosphere, a crime scene can quickly become contaminated by recycled palynomorphs. These recycled palynomorphs may have been carried into the area on the clothing or shoes of crime scene investigators, deposited out of the atmosphere, or from other non-crime scene sources if the forensic pollen sample collection is delayed, or collected improperly.

If the circumstances are perfect, and the pollen samples are collected in a correct and timely way it is even possible to tell the time of the year when a crime was committed. It some cases a person can tell how long ago a crime was committed. Much of that information has to do with knowing the pollination cycles of various plants, and being able to check for the presence of cytoplasm and the innermost wall of pollen grains, called the intine, which is composed of cellulose. The intine degrades fairly rapidly after pollen grains are dispersed and so it is a good way to estimate how long ago the crime happened.

The first case involves a shipment of 500 grams of cocaine hydrochloride, that was seized in New York City during a drug raid. A portion of the seized material was sent to a forensic palynologist for analysis. Some examinations of earlier seized illegal marijuana (Cannabis) seized in New Zealand had revealed two important clues. First, the pollen recovered from the seized sample contained not only marijuana pollen but it also contained many pollen types indicating the plants had been grown in Asia and not at any location in New Zealand. Second, pollen studies of marijuana samples seized in the different drug raids in many different regions of New Zealand showed that all the samples contained very similar pollen spectra (footprint). This showed that the illegal marijuana seized in all the raids came from the same large imported shipment from Asia. It also suggested that the marijuana was being distributed through a single network.

A similar type of reconstruction was attempted for the seized cocaine shipment from New York. After processing the sample in the forensic lab, the recovered pollen provided three important clues about the cocaine. First, some of the trapped pollen came from tropical plants that typically grow in regions of Bolivia and Colombia, where coca plants are grown commercially. Those pollen types linked the origins of the cocaine to those regions of tropical South America. A second group of pollen grains recovered from the cocaine came from sub-alpine conifers, including Canada hemlock (Tsuga canadensis) and jack pines (Pinus banksiana). These two species of conifers do not typically inhabit the same area, but do grow together in limited regions of Eastern Canada and the Northeastern U.S. Therefore, the presence of pollen from both of these conifer types in the same sample suggests the cocaine was smuggled from South America into North America someplace in Eastern Canada or the Northeastern U.S.

Once in North America, the cocaine shipment was apparently opened and exposed to airborne pollen types while it was being “cut” with powered sugar to increase its value. If that had occurred in any other region, then both of the conifer pollen types would not have been present in the same cocaine sample. Finally, the remaining pollen found in the cocaine came from weeds and plants (composites, grasses, birch, goosefoot and pigweed, etc.) commonly found growing in vacant lots in the urban slums of New York City. It is suspected that when the cocaine reached New York City it was again opened and cut further before being packaged for distribution on the street. It was during that time the cocaine was again exposed to airborne pollen, which then became trapped in the sample. 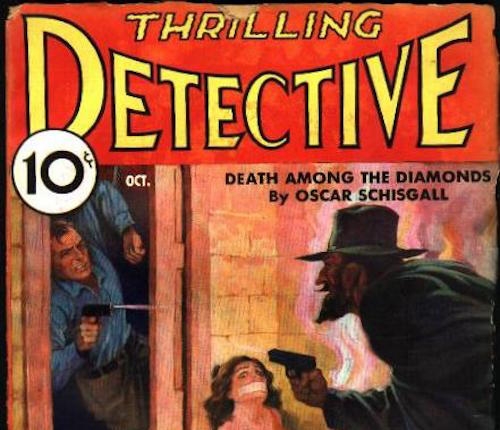 Modern crime investigations use pollen clues to solve current and unsolved crimes of the past.

CSI and Pollen | Ask A Biologist
Skip to main content