To Grow or Not to Grow GMOs

Developing Country: a country in which people have a low average amount of wealth and underdeveloped industry.

Genetic Engineering: changing the characteristics of an organism by modifying its DNA.

GMO: a genetically modified organism; the term is usually used for organisms modified in a laboratory.

Meta-analysis: a comparison of the results of many similar scientific studies to create a more complete analysis of a scientific question... more

Peer Review: the process in which scientists read a study and check whether or not the authors followed good scientific practices. 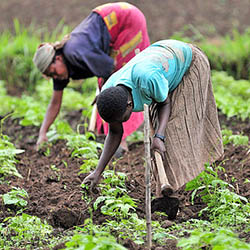 The sun beats down on your back as you lean forward and yank another bug-infested plant out of the soil. Your sweaty shirt sticks to you and you can feel the muscles in your back aching. This is too much work to invest for a field of failed crops. You lost a lot of plants this year, so you need to make a decision: What kind of seeds should you plant for the next harvest?

Lots of farmers face these kinds of questions and many are turning to new technology for the answer. It is rumored that genetically modified seeds can help eliminate pest problems, reduce use of chemicals, and help farmers make more money. But some reports state the opposite. Anyone hearing these stories about genetically modified organisms (GMOs) can get a bit confused. But as a farmer, when your income directly depends on what you plant, which story can you trust?
In the PLOS Biology article "A Meta-Analysis of the Impacts of Genetically Modified Crops," researchers used data from 147 separate studies to analyze the outcomes for farmers using genetically modified (GM) and non-GM seeds. They found that using GM seeds allowed farmers to use less pesticide chemicals and earn more money.

If you grow crops like corn, soybeans, or cotton for a living, the amount of money you can make depends on many things. How was the weather this year? Did you pick the right kind of fertilizer? Did you pick the right crop and seeds? If you made good choices, did other farmers in your area do the same? If all of your neighbors grew a lot of the same crop, then prices for that crop will go down. Even if your yield was great, your profit won’t be. 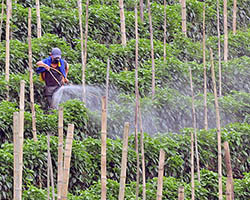 One of the choices farmers can make is to choose crops that aren’t harmed by chemicals that kill insects (pesticides) and weeds (herbicides). Insects and weeds reduce the amount of crops farmers can grow.

To create crops that are not harmed by pesticides or herbicides, agriculture companies use biotechnology to modify the genes of the crops. For example, farmers can choose corn and cotton that have been genetically modified to create their own pesticide as they grow. Farmers using these seeds don’t need to spray as much pesticide, which means less pesticide ends up washing off the fields and into streams. Researchers found that using genetically modified crops helps farmers grow more crops, use less pesticides, and end up with more profit.

A Study of Studies

To get a broad idea of how GMOs affect farmer’s profits, pesticide use, and crop yields, the researchers couldn’t just study one group of farmers. Instead, they looked at many studies of other people’s research. This was harder than it sounds because the researchers needed to compare studies that used different methods. They used data and results from 147 different studies. This type of article is called a meta-analysis. It’s very helpful to other scientists because it combines the results of many studies. 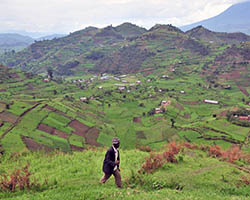 How did the researchers know what studies to look at? They did scientific literature searches using search engines. Just searching by keywords they started with a list of 24,079 articles. They narrowed this down by several factors such as whether the studies were written in English, and what crops were tested. They ended up looking at 147 studies.

A lot of the 147 studies would not be persuasive on their own. Some of them were not peer-reviewed, and some didn’t follow standards like reporting how many farms were studied. But by including so many studies, the authors were able to come to meaningful conclusions.

The researchers compared studies using statistical models. These models compared the outcomes of a study versus the amount of inputs famers were investing in their crops. The results were weighted for the number of observations (studies focused on fewer observations counted more heavily). In this way, studies that report many different data sets (and so might be repeating data sets from other studies) did not cause over or underestimation of measurements.

What did they learn?  On average, farmers who planted GMOs used 37% less pesticide to grow more food, and those farmers made a 68% larger profit. 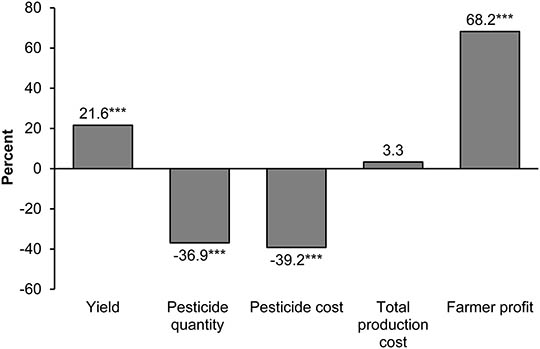 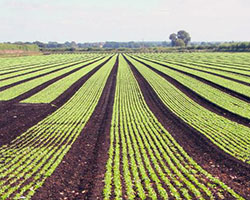 The results of studies on GM crops did not depend on who paid for the studies. Image by Lisa Wild.

Speaking of who sells the seeds … did those companies pay for this research? Some of them, yes. There is a lot of money in GM crops, so businesses have an incentive to support scientific studies that show GM crops are useful. If a company that sells GM seeds paid for a study, then it is a fair question to ask whether the scientists involved were biased.

The authors of this meta-analysis found that the results of the studies they analyzed did not depend on who paid for the research, so the scientists were not biased.

What’s Next for GMOs?

The authors suggest that more studies should be done about the economic impact of using GM crops, but the analysis so far suggests that using them is good for farmers and their families. These results also suggest that using GM crops decreases the amount of pesticides that need to be added to crops, which helps keep the environment healthier.
Additional images via Wikimedia Commons. Cotton bullworm by PD-USGOV-USDA-ARS.

Sharyn Horowitz. (2015, April 02). To Grow or Not to Grow GMOs. ASU - Ask A Biologist. Retrieved February 2, 2023 from https://askabiologist.asu.edu/plosable/grow-or-not-grow-gmos

Sharyn Horowitz. "To Grow or Not to Grow GMOs". ASU - Ask A Biologist. 02 April, 2015. https://askabiologist.asu.edu/plosable/grow-or-not-grow-gmos 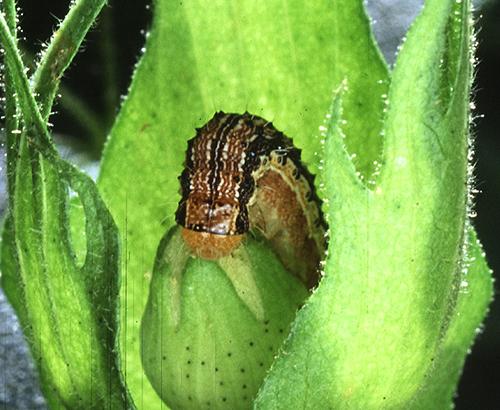 If you're still unsure about what a GMO is exactly, visit our story What's a GMO?