Controversial: causing widespread disagreement or heated discussion among members of the public.

Hybrid: the offspring of two organisms (like plants or animals) from different species.

Vitamin: molecules found in the cells of living things that are needed for growth. They come from the food you eat, and cannot be made in the body... more 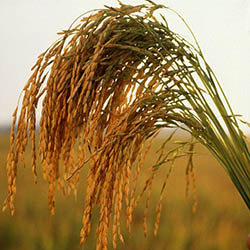 Regular rice does not provide many nutrients. Scientists developed golden rice so people could get more beta-carotene.

What started as a peaceful rally in the Philippines quickly turned into chaos. Some protestors broke off from the main group and tore down the fences surrounding an experimental rice crop. Other protestors joined in the destruction. Within minutes the entire field of experimental rice had been ruined. How could rice, a basic food, cause such anger among these people?

Golden rice is a transgenic plant, sometimes referred to as a “GMO,” or “genetically modified organism.” Transgenic means that one or more of its genes have been added from another species. Perhaps you have heard about GMO foods in the news lately. How are these foods made? Are they safe to eat? Are GMOs ‘unnatural’?

The reason species of plants and animals can look so different from each other is because of their genes. Genes are special sections of the DNA inside of all cells. DNA is like a blueprint that tells an organism how to grow and take care of itself, mainly by telling cells how to make proteins. 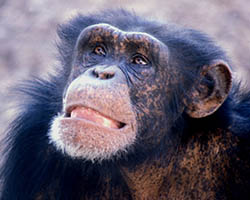 The genes of chimpanzees are very similar to the genes of humans, but the two species look very different. Image by Frans de Waal.

Golden rice was created by scientists hoping to help people avoid certain easily preventable human diseases. Genes from other species were added to the rice so that it could produce beta-carotene. Beta-carotene is a precursor to Vitamin A, meaning it is one of the ingredients the body needs to make the vitamin.

What are Genetically Modified Organisms? (GMOs)

There is no official definition of a GMO but typically when people call a plant a GMO they mean that part of its DNA has been changed or edited in a laboratory. Scientists change these genes by cutting out genes or adding genes to a DNA sequence. Scientists can also take a gene from one species of plant and put that gene into a plant of a different species. Plants made by using this lab technique are called ‘transgenic’ (trans- means across and -genic means related to genes).

Plants and animals become ‘genetically modified’ in nature too. Whenever animals or plants reproduce sexually, the DNA of the parents are combined. Therefore every plant and animal is genetically unique from its parents. Mutations in the DNA sequence occur naturally when cells divide and sometimes these mutations get passed onto offspring. These mutations can create sequences that never before existed in that species. 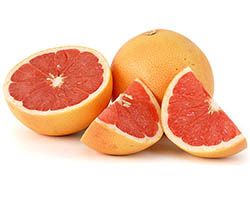 Grapefruit is a type of plant that was created through hybridization. Click for more information.

Sometimes during pollination the DNA of two different species of plants can combine to create hybrid plants. This happens in the wild but farmers also make hybrid plants on purpose. These hybrid plants contain new combinations of DNA that can cause a plant to look very different from either of its parents. Examples of hybrid plants are grapefruit (cross between orange and pomelo), some types of corn, wheat, and bananas. Animals can also be hybrids. A mule is a hybrid of a donkey and a horse.

You could argue that almost all the plants we eat are GMOs. Although the DNA of most types of bananas, tomatoes, and corn were not altered in a lab, their DNA has been highly modified for more than 10,000 years through selective breeding by humans. Humans chose to grow plants they discovered in the wild that had mutations that made the plants tastier or more colorful. Over many generations of breeding these mutant plants, our modern farmed plants look and taste nothing like their wild ancestors.

So what makes golden rice so controversial? Golden rice is transgenic – the genes that were added to make beta-carotene in the rice come from bacteria and corn. The extra genes added to golden rice are found in harmless bacteria and in other plants that are safe to eat. While protestors still think this makes the rice unsafe to eat, scientists have not found any evidence that the rice is harmful. Research is also showing that growing GMOs may be beneficial for farmers. 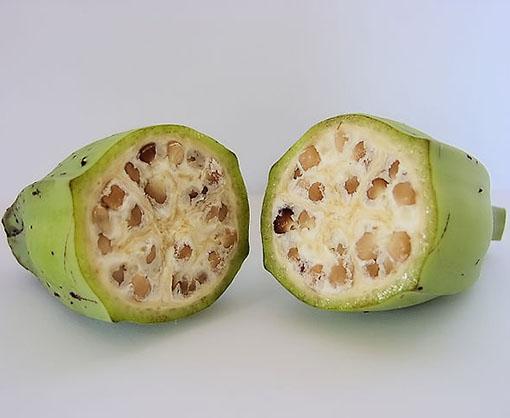 Humans have modified plants for over 10,000 years. Today's bananas were developed from a wild type banana,  which had very different genes.

Are GMOs a good or a bad thing for farmers? See what some research is teaching us about growing GMOs.