Potential energy: energy that an object or molecule has due to its position or structure.

Proton: the part of a molecule that has a positive electric charge; a hydrogen ion that has lost its electron (written as H+).

Transporter: a protein found in the cell membrane that helps control what can enter or exit a cell. 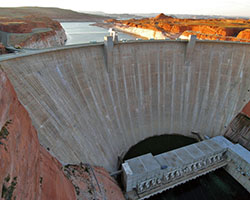 A cell membrane can be thought of as a dam. Click for more detail.

If we think of a cell membrane as a dam, we can get a better idea of how the transporters in membranes work. As water builds up on one side of the dam, the concentration gradient is high and has lots of potential energy. If water is let through a spillway or floodgate, it can spin a turbine and create energy. 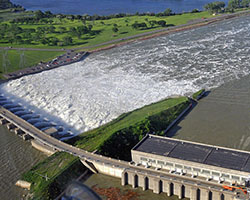 When water or ions move down through a concentration gradient, energy can be used or stored. Click for more detail.

In cells, it is very similar. Proton pumps are a special kind of transporter that push hydrogen ions from areas of low concentration to areas with high concentration. Ions moving down a gradient release energy, but when they move up a gradient, it takes energy. Diffusion can then use this gradient to capture energy again, as the ions move downhill.

In a cell, using energy to move ions uphill when there are already lots of ions there seems a bit odd. Yet this work gives many benefits to the organisms, including plants. If plants did not do this, there would eventually be no more concentration gradient to release energy, and the plant would die. Plants can also strap a sugar molecule to a hydrogen ion to be carried across a membrane. So, when concentrations of hydrogen ions are high, the plant can move more sugar into plant tissues.

So far, we have hydrogen ions moving downhill through transporters and releasing energy. We also have these ions moving uphill, into areas of higher concentration, using a proton pump. Pumping against a gradient can be difficult, so the job of proton pumps is hard work. There is one pump that isn't as strong, and so acts a little out of the ordinary. It is called the Proton Pyrophosphatase Pump. 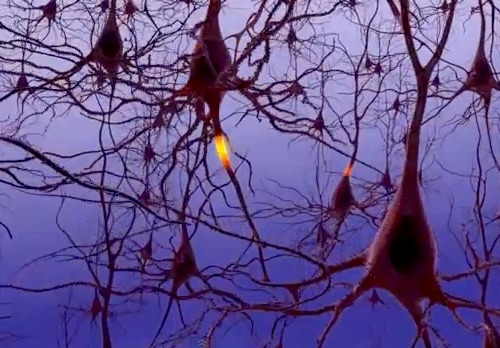 All organisms depend on proton pumps, whether to move sugars to plant roots or send signals in the human brain. This illustration shows neural cells sending signals.