What's in a Name?

You may not know it, but all living species have only one scientific name. That's right, only one name. You might hear a plant or animal called many things depending on where a person lives and the language they speak, but only one name is used by scientists.

What's so Important About a Name?

It might seem okay to have several names for one particular plant or an animal, but it could and has caused problems in the past. The scientists at the International Institute for Species Exploration show how having the same name for everything has created mass confusion on the Planet Bob.

Even though Planet Bob is not real, classifying and naming living things is really important. It is the job of people called taxonomists. Not only do taxonomists give each species a unique name, they also arrange living things into common categories so that they are easier to compare and study.

Even though there is only one scientific name, there can be many other names for a plant or animal. These common names are usually used in a specific part of the world or in different languges. In the case of the the yellow paloverde tree found in the southwest it has several names:  foothill paloverde, littleleaf paloverde, hillside paloverde, and littleleaf horsebean. 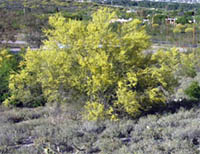 Cercidium microphyllum has many common names.

Other plants may have as many as six or more common names.  If you want to know whether you and someone else are talking about the same tree, you need to use the scientific name, Cercidium microphyllum. When you write the name, you use italic letters to show that you’re using the scientific name.  “Cercidium” comes from a Greek word that means “a tree of the bean family,” and “microphyllum,” also Greek, means that the tree has tiny leaves.  Some scientific names use Greek words; many others use Latin words.

A species is a group of similar organisms often identified by the ability to mate or produce offspring.  Although species are generally considered the smallest taxon, scientist sometimes identify smaller groups within species and designate them as subspecies.  Subspecies are identified when a species has two or more groups that show minor differences, yet are still able to produce offspring.  A species can have two or more subspecies, but never just one.  The difference between two subspecies of the same species is generally less distinct than the difference between two different species.

All scientific names for species have two parts, the genus name and the species name.  The cougar is one of the big cats found in North and South America.  The scientific name of the cougar is Puma concolor.  A subspecies of cougar, the Florida panther, is found primarily in southern Florida and is given a third name to distinguish it from other cougars.  The scientific name of the subspecies Florida panther is Puma concolor couguar.  Another subspecies, found in Costa Rica carries the name Puma concolor costaricensis.  There are currently at least six subspecies of cougar, but like all of taxonomy the number of subspecies can change if scientists find new evidence or identify new populations of cougars. 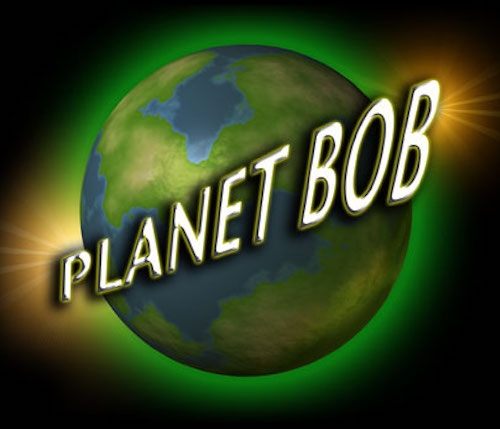 Planet Bob, where everyone knows your name.