Cryovolcano: a volcano that contains cold gases like water vapor and other molecules instead of hot, liquid rock...more

Organic molecule: a molecule that contains carbon. These form the building blocks that are needed for life.

Our solar system is full of planets, moons, asteroids, and comets, but only a few of these might be able to host life. Many astrobiologists are busy looking at life on Earth, especially in our extreme environments. But others are looking beyond Earth, to other bodies in our solar system. Let’s take a deeper dive into some of these other-worldly places of interest.

Mars is a rocky planet like Earth and is the closest candidate by distance to us on our list. It’s cold and has a thin atmosphere. It’s so cold, in fact, that nearly all of the water is frozen into ice caps, but there’s evidence of a huge underground lake under one of these. 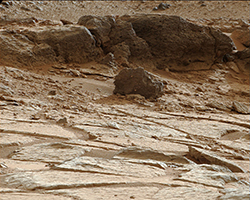 Mars used to be very volcanically active and has lots of lava flows along with huge, deep canyons made by water a long time ago. Although it’s dried up since then, the fact that there was once a lot more water around means that Mars might have been better for life in the past.

The Perseverance rover was designed to collect rock samples so astrobiologists can look for fossils. If there’s still life on Mars today it might be hiding in caves made by solid, cooled-down lava. These would help protect living things from radiation and keep the temperature a bit warmer and more stable. On Earth, bacteria that eat rock minerals are found in caves, so the idea is that similar organisms could also be found in Martian caves. We can also use cold deserts to understand how microbes might survive conditions like those on Mars.

Europa is one of the moons of Jupiter, the largest planet in our solar system. It is completely covered in thick ice. Measurements by spacecraft show that there may be a very deep, salty ocean beneath this outer shell. 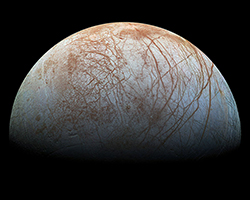 Europa is a promising place to look for life. Click for more detail.

Scientists think that Jupiter's gravity helps heat Europa and might even make it volcanically active. This would be really promising for alien life because volcanic cracks in the ocean floor on Earth are home to lots of living things. Life might have even begun in one of these bubbling, chemical-rich habitats.

NASA will search for signs of volcanic activity on this moon with a spacecraft called the Europa Clipper. This could look like warm spots in the ice or huge plumes of water caused by underwater eruptions that shoot into space. If the Clipper flies through one of these plumes it can take chemical measurements of Europa's ocean. It might even find signs of life.

This moon can be found orbiting Saturn, the second biggest planet in our solar system. Enceladus is covered in ice that almost certainly has a liquid ocean underneath. It also has lots of cryovolcanoes, a sort of cold volcano that’s full of water vapor, salt, and other molecules instead of molten rock. These erupt into space and make large plumes of materials that freeze and become part of Saturn’s rings. 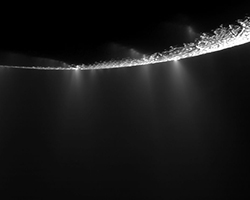 You can see the plumes that erupt from Enceladus in this picture. Click for more detail.

NASA’s Cassini spacecraft flew through and tested some of Enceladus’ plumes. The results showed that the plumes were full of organic molecules. The plumes even held some hydrogen from hydrothermal vents. On Earth there are microbes that live in similar vents and use hydrogen as an energy source. This means that Enceladus is a really exciting place for astrobiologists.

Our own solar system is incredible, but the rest of space is full of many more planets and moons. Although they’re many light years away, astronomers can learn about them using advanced telescopes. These tools tell us details about their atmospheres, like whether they contain water, which is very important for life. Astrobiologists think that finding certain gases might even tell us if there are living things on a planet.

Finlay Warsop Thomas. (2022, March 30). Where Can We Look For Life?. ASU - Ask A Biologist. Retrieved December 6, 2022 from https://askabiologist.asu.edu/where-do-we-search-for-aliens

Finlay Warsop Thomas. "Where Can We Look For Life?". ASU - Ask A Biologist. 30 March, 2022. https://askabiologist.asu.edu/where-do-we-search-for-aliens 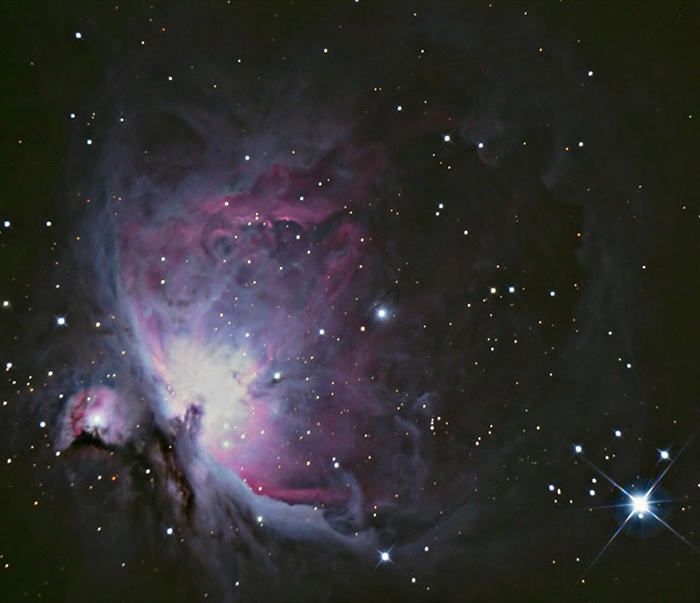 There are so many wonderful and strange happenings in the universe. Why wouldn't there be life somewhere else, besides just on Earth?

Planets, Moons, and Galaxies That May Have Alien Life | Ask A Biologist
Skip to main content