Dengue fever: a dangerous viral disease that causes fever and joint pain. It is found mainly in tropical and subtropical regions and can be spread by mosquitoes.

West Nile virus: a dangerous viral disease that started in Africa and causes brain inflammation and flu-like symptoms. It can be spread by mosquitoes.

Why Study Insect Anatomy and Physiology?

The grass scratches your feet and the sun warms your back as you walk through the park. A ladybug lands on your arm. You raise your hand, tell it to "fly away home," and watch as it opens its wings and disappears into the sky. Insects are everywhere. While we notice some, like ladybugs, thousands of others walk or fly around unnoticed. 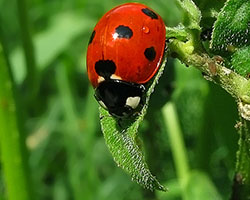 You may have only seen a few different species of beetles in your life, but there are over 350,000 species out there. Image by Greyson Orlando.

These numbers don't even take into account the individuals in each of these insect species. If you weighed all the ants in a country and all the people that lived there too, which do you think would weigh more? Ready for the answer? The ants.

Don't let this overload of insects worry you. Insects can be very helpful animals. They pollinate more than one third of the world's food crops. Without insects, we would have fewer fruits, nuts, and vegetables. Many insect pollinators, such as bees, are declining in number around the world.

Without insects, we would have fewer birds, reptiles, amphibians, fish, and mammals because insects are an important food source. People who depend on insects for food would also be affected. Even if you don't eat insects, you would still notice their decline—insects help break down dead plant material. Without them, some of this material might start piling up. 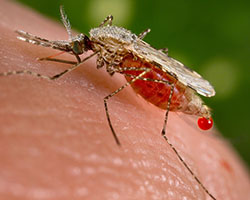 Some insects can have negative effects on humans, like this Anopheles stephensi mosquito that is known to carry malaria. Image by CDC's Jim Gathany.

Not everything about insects is great, though. They can carry disease and sometimes they eat our food. Mosquitos have been called the most dangerous animals in the world, because they can carry diseases such as malaria, West Nile virus, and dengue fever. Insect herbivores (locusts, for example) eat many crops, causing problems for crop growth and for farmers. In some areas, this can even lead to food shortages.

Both the good and the bad sides of insects make them important animals to study. Research on fruit flies lets us figure out what genes are involved in many human diseases. They can also help us learn about human health in other ways. Insects are also bioindicators for freshwater. They can help us understand if a stream is healthy and if a lake or river can support fishing.

In order to use insects for these purposes, we have to understand how they function. Understanding them also helps us manage the harm they can cause. So, we have to study their anatomy (the structure of their bodies) and physiology (how their bodies work).

Beetles are especially important because they do all the different jobs that we know different kinds of insects do. Depending on the beetle, they can be predators, scavengers, herbivores, decomposers, or parasites, with extremely diverse behaviors.

Beetles vary greatly in size from a few micrometers to the size of an adult’s open hand. They can be pests or pollinators. Thanks to the abundance and diversity of beetles, they are a great group to focus on when studying insect anatomy and physiology.

A Little About Scarab Beetles 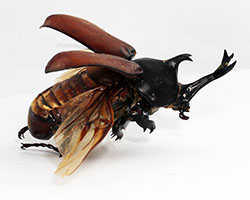 Currently, more species of beetles are known than for any other animal group, with over 350,000 named species. About 30,000 beetle species are scarabs, representing about 10% of all beetles. Scarabs, like other beetles, are holometabolous, meaning they develop from an egg, to a “grub-like” larvae, to a pupae, and then emerge as adults. This process is called complete metamorphosis.

Scarabs are a broad group of beetles that have many different behaviors and diets, depending on the species. They may eat live plants, decaying plants, fungi, fruits, dung (poop), or other insects. Most adult scarab beetles are powerful fliers. Scarab beetles are often brightly colored to attract mates or warn competitors and predators. These are favorites of insect collectors because of their colors, horns, behaviors, and sizes.

The largest scarab beetles, including the African species Goliathus goliatus, are the most massive insects alive today, and may be the heaviest insects to have ever lived. They have always been noticed by humans. A scarab beetle was even worshipped by ancient Egyptians as the embodiment of a sun god. 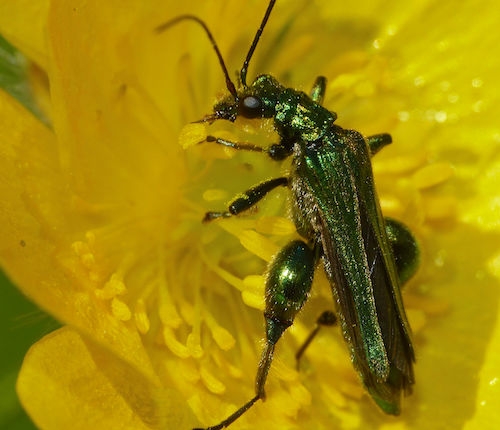 Many beetles are important pollinators, like this thick-legged flower beetle.