Like a body rising from the dead, biology came back to life around the 1400s. This was the beginning of the Renaissance in Europe. It marked the end of the Early Middle Ages and the start of new learning. Art, books, and science all became popular once again. Biologists during this time focused on learning more about the human body. That meant studying dead ones. 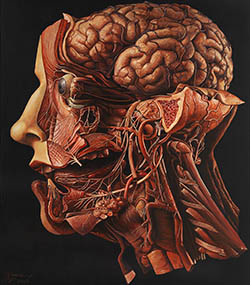 During the Renaissance in Europe, biologists dissected the human body to try to learn about how it works. Click to enlarge.

Dissection was one of the major ways biologists discovered how the body worked. They would put a dead body on a table and slice it open. This way, they could see everything that lets humans run around. Not many people had studied the inside of the human body before. Now they saw veins, nerves, bones, and muscles. Biologists poked around everything. Afterward, they drew pictures of what they found. This helped them understand how it all connected.

But scientists weren’t the only ones who wanted to know. Artists also wanted to know how the body worked. They wanted to draw and paint more accurate human figures. Leonardo da Vinci studied anatomy so he could paint the human body better. Sculptors, too, needed to study the body to do their work better. A man named Andreas Vesalius was a scientist who worked a lot with corpses. He eventually published a book about the insides of a human body. He included drawings (ick).

In fact, all this new knowledge about biology wouldn’t have spread very far without books. In the 1400s, a man named Johannes Gutenberg invented his printing press. That press let people print books more easily and far faster. New knowledge passed quickly around Europe in books. It paved the way for more and more discovery.

Additional images via Wikimedia Commons. Photograph of da Vinci's A Female Head (La Scapigliata) from the Web Gallery of Art. 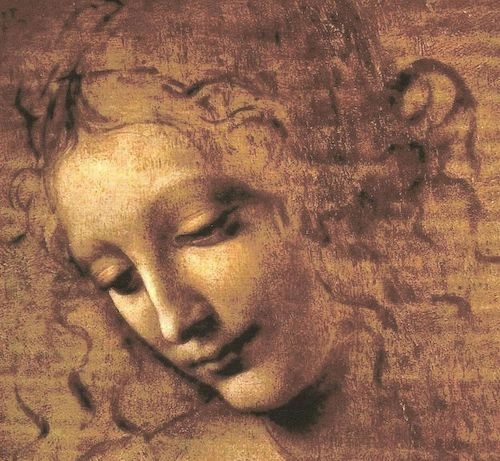 Leonardo da Vinci studied the body in part to improve his ability to paint human forms.