Hot dry wind ruffles your hair. Carts and cattle kick up dust as they move down the twisting, narrow streets. You lick your cracked lips, craning your neck to see every merchant’s stall crowding the market area. Colors flash before your eyes—fruits and fabrics for sale. Finally, you see the stall you want. It is surrounded by pots filled with stumpy palm trees. You walk over. A few moments later, you’re the proud owner of a date palm, the tree that makes sweet, delicious dates. 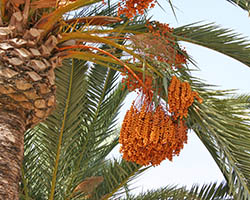 Flowers from date palm trees like this one were often sold at markets thousands of years ago. Image by Seweryn Olkowicz.

Thousands of years ago, sales like this often took place. Purchase contracts for date palm flowers have been found in archaeological digs. These contracts show early evidence that humans were interested in biology. People who bought and sold date palms knew the trees made dates. But they didn’t know how the trees did so. They thought gods and goddesses were in control of nature.

Biology has come a long way since then. Now biologists can look at the teeny tiny cells of a plant and watch what goes on inside. Yet there are still things we don’t know, like why humans age or how to cure cancer. Every day, we learn new things about biology. Sometimes it’s good to think back to where it all started and what’s happened from then until now. To give you an idea of progress made along the way, let's look at a few major discoveries throughout the history of biology. 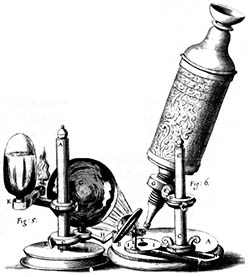 Using his well-refined microscope, Robert Hooke got a close look at plant cells.

In 1665, a man named Robert Hooke used one of the first well-refined microscopes to see plant cells. He sliced pieces of a cork tree very thinly and placed them under his microscope.

He saw that rows of boxy squares made up the layers of the cork. They reminded him of the small, square cells monks used as bedrooms. The name stuck.

Fast-forward to the 1950s, and we see a woman named Rosalind Franklin. Franklin was an X-ray crystallographer. She used high energy electromagnetic waves called X-rays to see the positions of atoms in materials like coal or viruses. She could look at atom positions by taking special pictures with the X-rays. It was kind of like superhero X-ray vision. 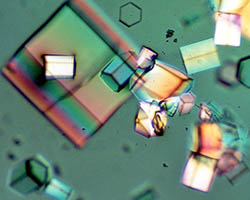 Franklin's most important impact in biology was using that vision to find the structure of DNA (deoxyribonucleic acid). DNA molecules code for the genes of living things. It controls how bodies look and work. With Franklin's images, we finally got our first look at DNA and genes.

The discovery that living things are made of cells and that DNA controls how they look and act have helped form the backbone of modern day biology.

Biologists all over the world build on those ideas to unravel the mysteries of life. With that knowledge, they can discover more and more about living things. But many other discoveries have contributed to the science of biology, too. These developments start in ancient times and continue today. 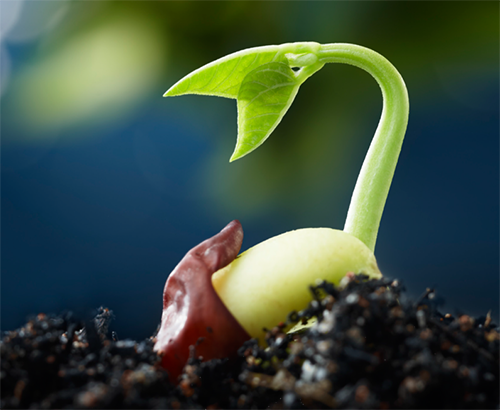 Plant purchase contracts from thousands of years ago were some of the first signs that humans were interested in biology.