Column chromatography is one of the most common methods of protein purification. Like many of the techniques on this site, it is as much an art form as a science. Proteins vary hugely in their properties, and the different types of column chromatography allow you to exploit those differences. Most of these methods do not require the denaturing of proteins.

To be very general, a protein is passed through a column that is designed to trap or slow up the passing of proteins based on a particular property (such as size, charge, or composition).

There are three main steps to protein purification:

1. Capture. You need to get your protein into a concentrated form. If, for example, you are trying to isolate a protein you have synthesized in an E. coli cell, you could be looking at a protein to junk ratio of 1:1,000,000. For capture purification you need a high capacity method that is also fast. You need a speedy method because your crude solution is very likely to also contain proteases and these can quickly chew up your protein.

3. Polishing. For the final step of purification you need a system that has both good resolution and speed. Capacity is usually irrelevant at this stage.

Some of the more common columns include:

Let's look at these types of columns in more detail.

Salting out will release, or elute, your protein from the column. This technique uses a high salt concentration solution. The salt solution will out-compete the protein in binding to the column. In other words, the column has a higher attraction for the charge of salts than for the charged protein, and it will release the protein in favor of binding the salts instead. Proteins with weaker ionic interactions will elute at a lower salt, so you will often want to elute with a salt gradient. Different proteins elute at different salt concentrations, so you will want to be sure you know well the properties of your protein best results.

The basic steps in using an ion exchange column are:

1. Prep the column. Pour your buffer over the column to make sure it has equilibrated to the required pH.

2. Load your protein solution. Some proteins in the solution don't bind and will elute during this loading phase.

3. Salt out. Increase the salt concentration to elute the bound proteins. It is best to use a salt gradient to gradually elute proteins with different ionic strengths. At the end bump the system with a very high salt concentration (2-3M) to make sure all proteins are off the column.

4. Remove salts. Use dialysis to remove the salts from your protein solution.

Temperature doesn't have a huge effect on column chemistry. However, it is better to work cold since proteins are more stable cold.

The hydrophobic column is packed with a phenyl agarose matrix. In the presence of high salt concentrations the phenyl groups on this matrix binds hydrophobic portions of proteins. You can control elution of different column-bound proteins by reducing the salt concentration or by adding solvents.

Affinity chromatography relies on the biological functions of a protein to bind it to a column. The most common type involves a ligand, a specific small biomolecule. This small molecule is immobilized and attached to a column matrix, such as cellulose or polyacrylamide. Your target protein is then passed through the column and bound to it by its ligand, while other proteins elute out. Elution of your target protein is usually done by passing through the column a solution that has in it a high concentration of free ligand.  This is a very efficient purification method since it relies on the biological specificity of your target protein, such as the affinity of an enzyme for a substrate.

Gel filtration, or size exclusion, chromatography separates proteins on the basis of their size. The column is packed with a matrix of fine porous beads.

It works somewhat like a sieve, but in reverse. The beads have in them very small holes. As the protein solution is poured on the column, small molecules enter the pores in the beads. Larger molecules are excluded from the holes, and pass quickly between the beads. 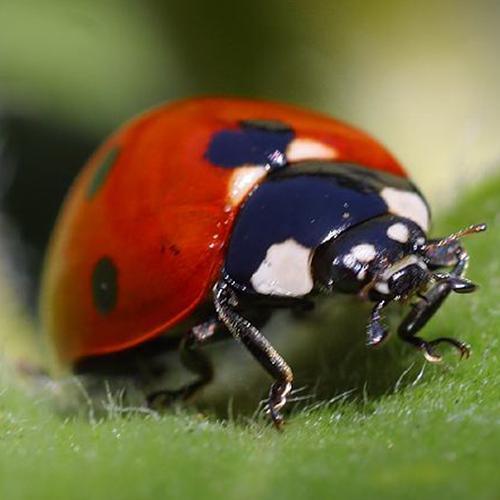