Morals: a person's beliefs concerning what is right and wrong.

Zoologist: a person who studies animals. 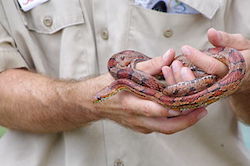 Scientists learn a lot about snakes and other animals through basic research. Image by the Virginia State Park staff.

“Don’t worry, they aren’t dangerous” you hear the zoologist say as she leads you and a group of others toward an area with a number of different snakes. She removes a long snake from a larger glass enclosure and asks who would like to hold it. You take a step back, certain that holding a snake is the last thing you’d like to do.

"But how do you know they aren’t dangerous?” you ask. The zoologist looks up and smiles. She explains that scientists have studied this type of snake, and so we actually know quite a bit about it. This type of snake rarely bites and does not produce venom, so it isn’t dangerous to people. You nod along as she talks about the snakes, their natural habitats, and other details like what they eat.

Animals in the Research Process

How do we know so much about snakes or other animals? Animals are all unique, and scientists study them to learn more about them. For example, by studying snakes we have learned that they stick their tongues out because they are trying to pick up odors around them. This helps them sense food, predators, and other things that may be nearby. When research is performed to expand our understanding of something, like an animal, we call it basic research.

Scientists study animals for other reasons too. What we learn about animals can actually help us find solutions to other problems or to help people. For example, studying snakes helps us understand which ones are venomous so that humans know what kinds of snakes they shouldn't touch. Scientists also study animals to find new treatments to diseases and other ailments that affect both people and animals. If we learn what is in snake venom, we can create a medicine to give to people that have been bitten as a treatment to help them feel better. Using what we know about an animal or thing to help us solve problems or treat disease is called applied research. 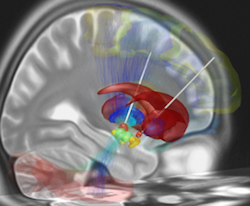 Scientists use many other tools, such as computer models, in addition to animals to study different topics. Image by Andreas Horn.

No matter what type of research is being performed, scientists must consider many things when they study animals.

Do Scientists Need to Study Animals?

Of course we can learn a lot from using animals for research, but are there alternative options? Sometimes there are. For example, scientists could use some other method, like cells or computer models, to study a particular topic instead of using animals. However, for a number of reasons, scientists have found that using animals is sometimes the best way to study certain topics.

What If Scientists Harm Animals for Research?

Some research using animals only requires scientists to watch behavior or to take a few samples (like blood or saliva) from the animal. These activities may cause the animals some stress, but they are unlikely to harm the animals in any long-term way. Studies of the behavior or physiology of an animal in its natural environment is an example of such research.

How Do Scientists Decide When It’s OK to Study Animals? 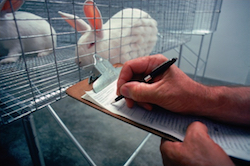 Many animals are used in research. But there is still debate on whether they should be used for this purpose. Image by the United States Department of Agriculture.

There are many guidelines for when it’s ok to use animals in research. Scientists must write a detailed plan of why and how they plan to use animals for a research project. This information is then reviewed by other scientists and members of the public to make sure that the research animals will be used for has an important purpose. Whatever the animals are used for, the scientists also make sure to take care of animal research subjects as best as they can.

Even with rules in place about using animals for research, many people (both scientists and non-scientists) continue to debate whether animals should be used in research. This is an ethical question, or one that depends on a person's morals. Because the way each person feels about both research and animals may be different, there is a range of views on this matter.

Along with this debate, there are many advantages and disadvantages of doing animal research. Scientists must weigh these options when performing their research. 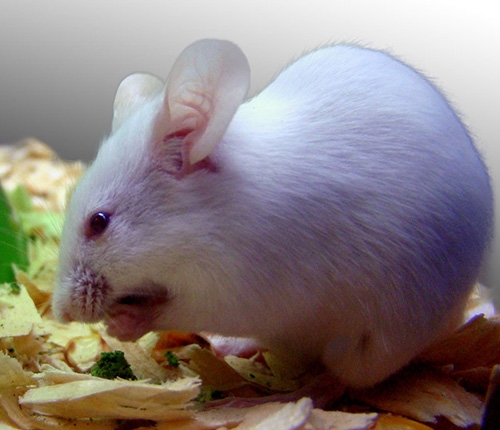 Animals are an important part of research. But many argue about whether it's ethical to use animals to help advance scientific progress.